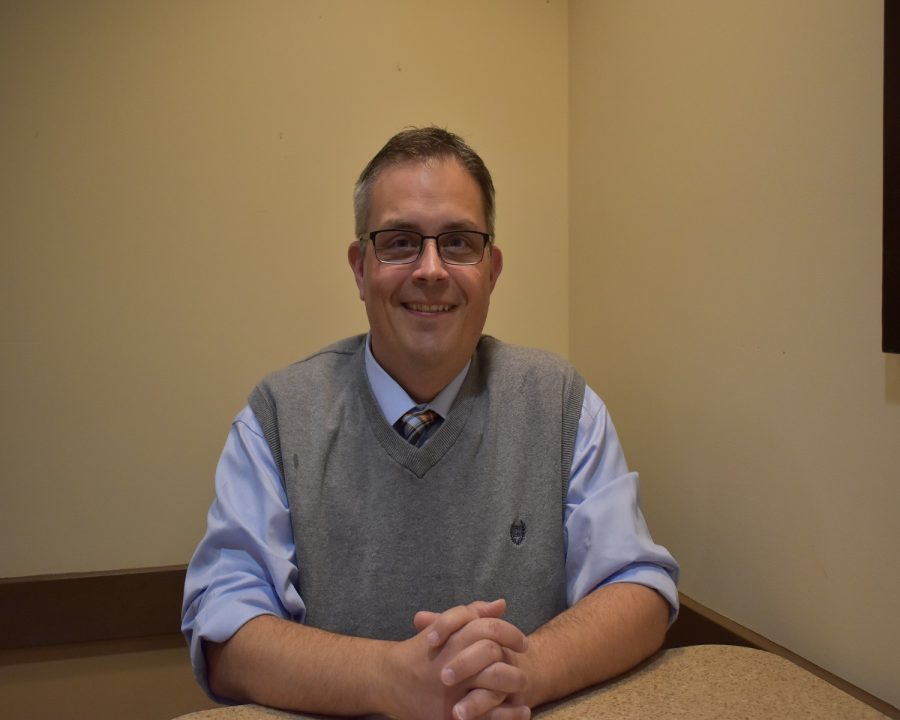 Mike Dalesandro will run on the November ballot as the Democratic candidate for Butler County auditor.

An Oxford native has joined the race for Butler County Auditor. Mike Dalesandro will be the Democratic nominee against incumbent Republican Roger Reynolds for office in the November election.

Dalesandro filled a vacancy on the ballot after presumed nominee Dave Spurrier withdrew from the race. Dalesandro announced his campaign June 3.

“It’s a compelling race,” Dalesandro said. “It’s not very often that your opponent has a mugshot.”

Reynolds did not respond to the Observer’s request for comment by press time. He faces indictments on counts of bribery, unlawful interest in a public contract, and misdemeanors including unlawful use of authority and conflict of interest, according to a February news release from Ohio Attorney General Dave Yost. His trial is set to begin Aug. 15, according to an article from Dayton Daily News.

“I want to give voters a choice,” Dalesandro said. “We’re going to be pushing as hard as we can to let people know they have an option here.”

Dalesandro said he will soon begin canvasing and making phone calls to support his campaign. He said he will be explaining to voters why local elections are important and the role of the county auditor.

Dalesandro said he will try to rebuild public trust in government by engaging with the community and asking voters what they want to see improved and how to repair trust.

“I think they need to see the vulnerability in candidates, that we are normal people and we care,” Dalesandro said.

Dalesandro relocated to Oxford a year ago with his wife and two children after living in Battle Ground, Washington for 17 years. There, he served as the city’s youngest mayor for two years and as a city council member for two four-year terms.

“If you’re doing it right, you serve as sort of an umpire or referee,” Dalesandro said in reference to the role of mayor.

Originally from Oxford, Dalesandro’s family opened a pizza shop in Fairfield where he managed operations. He followed his career path in supply chain and logistics out west.

Dalesandro enrolled in Penn State for civil engineering. He then transferred to Miami University to pursue business for two years. He completed his bachelor’s degree at the age of 31 while he lived in Washington.

Now 42, Dalesandro returned to Oxford Township to be closer to family. He currently works remotely as a transportation supervisor for Cornerstone Brands.

Though he planned to take a break from politics to settle back into Oxford, Dalesandro said members of the Democratic Party encouraged him to fill the ballot for auditor. After volunteering for the midterm election efforts, “One thing led to another,” Dalesandro said. He made his decision to start a campaign.

“This is home for us,” Dalesandro said. “We’re not going anywhere.”