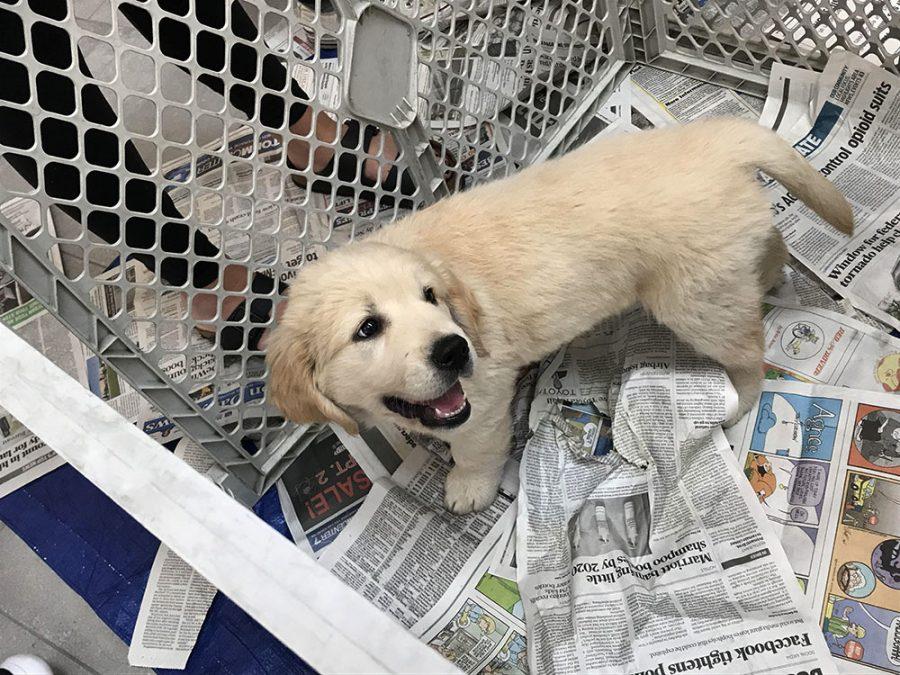 This eight-week-old golden retriever, which was shown off at Miami’s Armstrong Student Center this week, will grow into a highly-trained service dog. Photo by Yumeng Shen.

Miami University Natural Areas offers the chance to exercise while helping others from 9 a.m. to 2 p.m. Saturday, Sept. 28, with a hike-a-thon to raise money to buy a service dog for a local child in need.

The Miami University Natural Areas consist of more than 1,000 acres of unspoiled land with 17 miles of hiking trails that are scattered in and around the university. The land is managed and overseen by a committee that reports directly to the university president. Saturday’s event begins in the parking lot of the DeWitt Cabin, off Ohio 73 near Four-Mile Creek.

Each year, the Natural Areas conduct a hike-a-thon to benefit some local organization. This year’s beneficiary is the Miami chapter of Paws for a Cause, a student group that helps with the socialization of service dogs for people in need. This year Paws for a Cause is working to raise money for a dog to be partnered with August Spears, an Oxford area child with systemic juvenile idiopathic arthritis, autism spectrum disorder and a global development delay, said Elizabeth Fonte, the organization’s fundraising chair.

“Throughout the fall semester, Paws for a Cause Miami has hosted a variety of local fundraisers, including a Cup Sale. . .  and the Love and Honor 5k,” Fonte said.

Paws for a Cause partners with 4 Paws for Ability, a Xenia organization that raises and trains service dogs. This past Tuesday, Sept. 24, the two groups got together to introduce several eight-week-old golden retriever puppies and some older service dogs to prospective volunteers at Miami’s Armstrong Student Center.

Puppies Mint, Caraway, Saffron, Cacao, Vanilla and Peppermint, were cute and lively ambassadors for the program.

When they get older, the pups will be ready to be teamed with Paws for a Cause student volunteers who will foster them for a few months, getting them comfortable being around the sights, sounds and smells of human beings. After that, they will undergo more intensive service dog training with 4 Paws for Ability before being paired with their permanent human partner, according to the 4 Paws website.

The breeding and training of service dogs costs thousands of dollars, but this Saturday’s hike-a-thon will help to raise money to help defray the cost of the dog needed by August Spears, said the Paws for a Cause volunteers.

The Miami Natural Areas organization promotes Saturday’s hike as a chance to get active while exploring some of the area’s most beautiful landscapes. The event is billed as dog-friendly, meaning you can bring your pooch along on a leash. The free hikes are of various lengths along marked trails. T-shirts will be on sale, commemorating the event.

“The Miami Natural Areas and Paws for a Cause hopes to get enough hikers to trek a total of 1,000 miles among all of them. Canine hikers will count just as much as human hikers.” said Fonte.

“If the 1,000-mile goal for the hike-a-thon is reached during the event, Miami Natural Areas and associated donors have pledged to double the funds raised by Paws for a Cause in the other fund-raising events.” said Fonte “The goal is to raise a total of $10,000, meaning $5 from Paws for a Cause fundraising and a matching $5,000 from Miami Natural Areas and associated donors.” 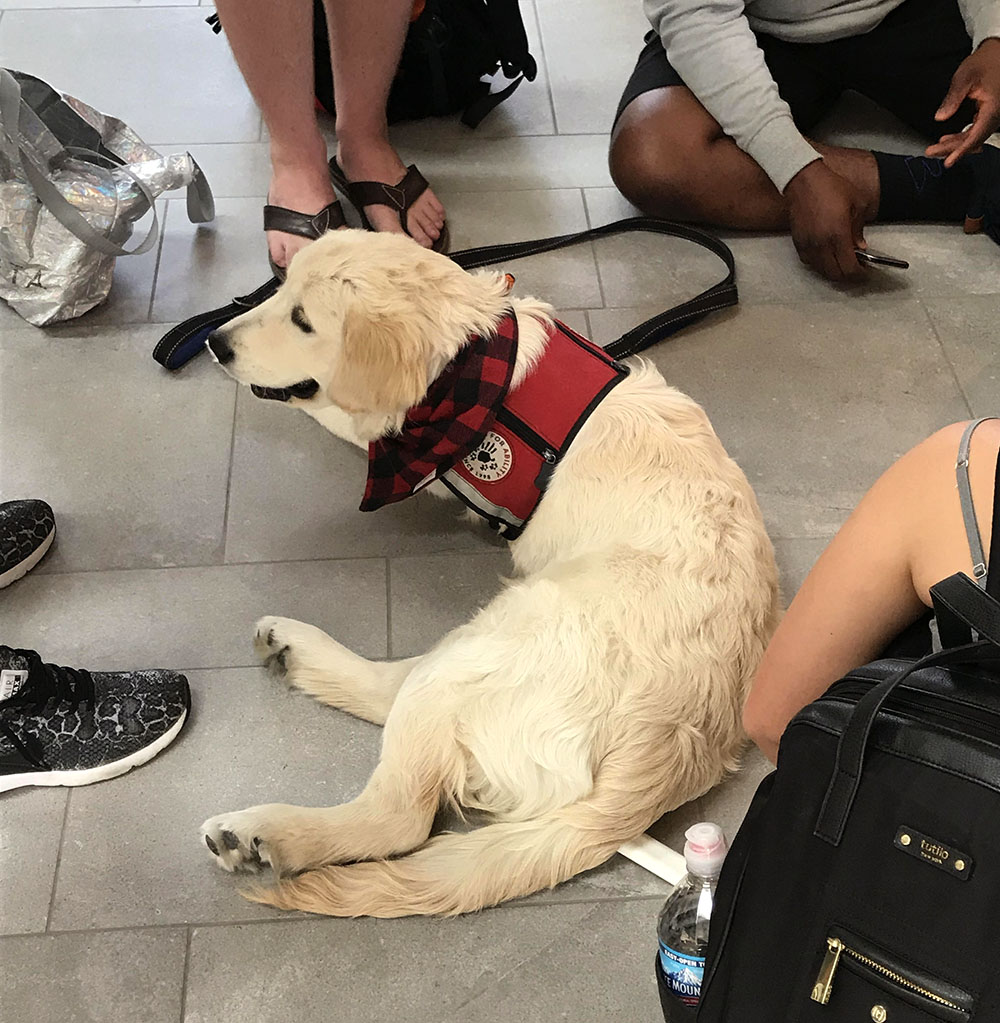 Paws for a Cause places service dogs such as this one, identifiable by their red vests, with Miami students who foster them for a semester, to help them get used to humans. Photo by Yumeng Shen.