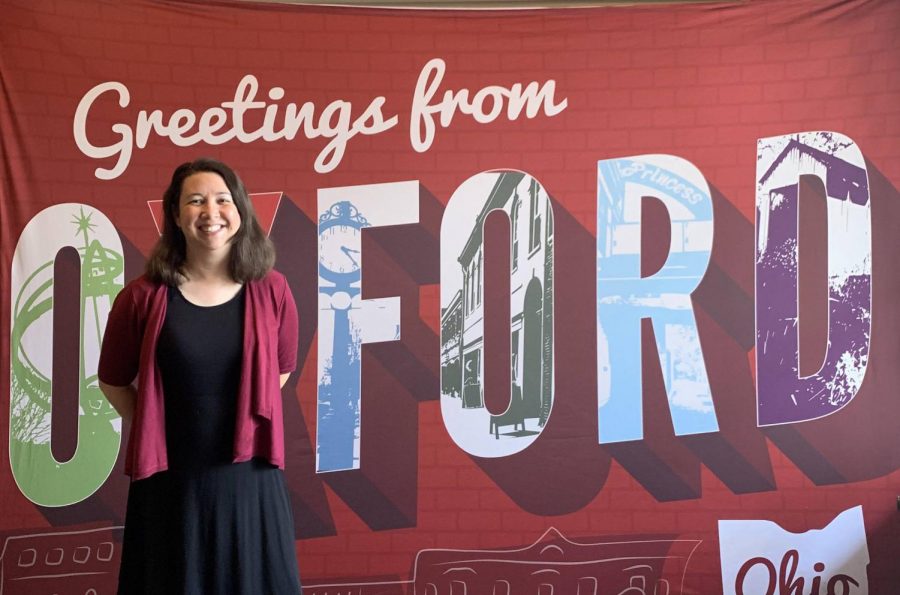 The City of Oxford hired Jessica Greene, who spearheaded the Oxford Trails project as director of Enjoy Oxford, to be the new assistant city manager.

Greene is the first person to fill this position, which combines the former human resources director’s job with the city’s communications and managing special projects under the direction of City Manager Douglas Elliott. Greene will start on June 4, with a salary set at $85,000, according to city records.

“I am pleased to have Jessica join the City’s management team as Assistant City Manager. With her background and experience, I am certain she will prove to be an asset for the City of Oxford,” Elliott said in the city’s announcement of the appointment.

“I’ve always been interested in public administration and community development,” Greene said. “When I saw this position come down the pipeline, I just felt like the right time to take that new step and learn new things, and try more.”

As executive director of Enjoy Oxford, the city’s non-profit visitors’ bureau, Greene is well-known around Oxford. Enjoy Oxford is funded by a six percent lodging tax, imposed on hotel/motel guests by the city.

“One of the ways I describe Jessica is having the ‘it’ factor,” said Alan Kyger, Oxford’s economic development director and board president of Enjoy Oxford. “She’s someone people gravitate to and want to work with. She’s able to take projects and initiatives and move them forward.”

Oxford Trails, a 10-year project now underway that eventually will include walking and biking trails that encircle the city, is a prime example of that, Kyger said. Greene took charge of the project and secured outside funding for grant matching. “It became a levy campaign that she took to the voters of Oxford, who then passed it in an overwhelming manner. She has an ability to connect with people.”

While Greene is leaving the visitors’ bureau, don’t expect too much of a slowdown there on Enjoy Oxford’s ongoing projects.

“I’ll be bringing some of that work into the city,” she said. “I work so closely with them now on projects that I’ll just bring it in with my role, especially with communications. This would be under the ‘special projects’ category of the job description,” she said.

“There are some other things at Enjoy Oxford that we were working on that might be paused for a while or reviewed,” Greene said. “This doesn’t mean that they will be forgotten.”

Some of the potential affected projects include “Wi-Fi in the park, things like that. That’s probably the clearest example.”

City officials have expectations for the new assistant city manager.

“She’s perfect for the position,” Mayor Kate Rousmaniere said. “I suspect she’ll bring us into the 21st Century in terms of social media and other types of communication, and also to add new ideas.”

“It’s an amazing opportunity for the city of Oxford, and we have the perfect candidate to fulfill the new position’s potential,” said city council member David Prytherch. “One of the priorities city council has for this year is improve coordinated city communications, so that the city can be a little more proactive and engaging with local residents.”

Enjoy Oxford’s nine-member board of directors now needs a successor for Greene’s position. “We are allowing her–as Jessica’s leaving on very good terms–to assist us in the process of replacing her,” Kyger said.

The responsibilities of the executive director include managing Enjoy Oxford, preparing a budget and creating a goal-oriented mission statement, as well as promoting the bureau’s marketing and promotion capabilities.

Greene aims to help the nonprofit as much as possible during the transition.

“I’ll still be around to help; answer questions, all that kind of stuff,” Greene said. “I’m going to hold this organization in my heart.”

Enjoy Oxford recently announced that they’re accepting applications to fill the executive director position. The job pays $48,000 to $56,000 per year. For further information regarding the opening, visit www.enjoyoxford.org/about/employment.