Advocate tells audience they are heard through their votes 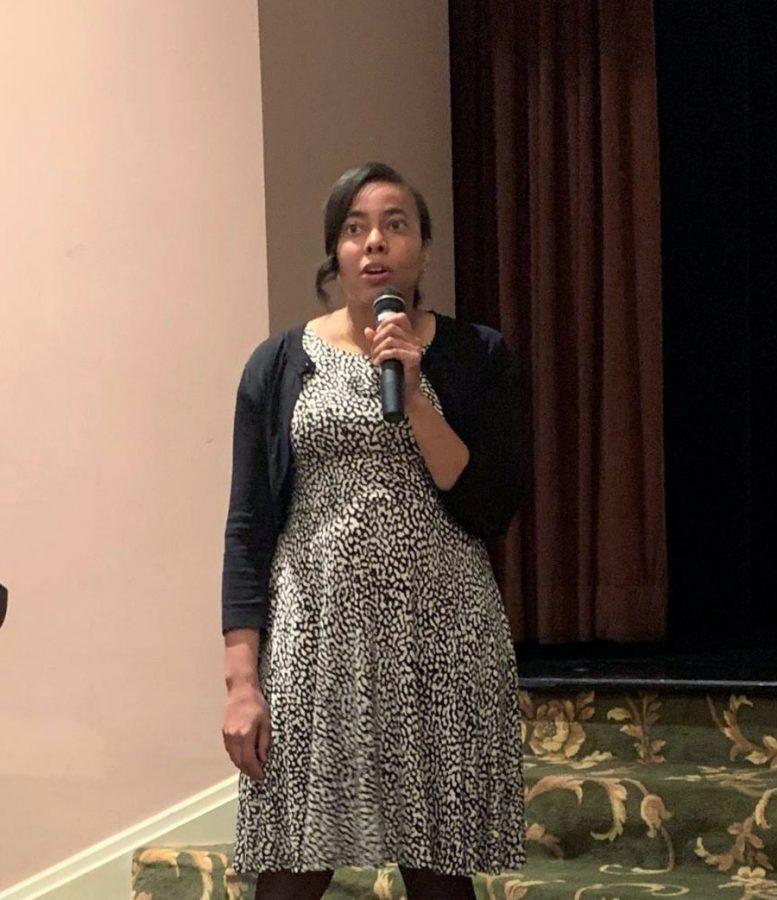 Camille Wimbush responding to a question from the audience at Monday’s “Protect the Vote” seminar. Photo by Josiah Collins

According to Camille Wimbish, election administration director of Ohio Voice, Americans have the right to vote in every election, but if they don’t use that right, it could be taken away.

Wimbish spoke to students and Oxford community members Monday, at the “Protect the Vote” seminar in Miami’s Peabody Hall, put on by the Robert E. Strippel Memorial Fund for Continuing Dialogue on Justice and Human Rights.

“Your vote is your voice,” Wimbish said.

Ohio Voice is an organization that works to support the community by providing resources, networks, and skills citizens need to push for the change. The group offers a variety of strategies including voter contact, policy advocacy, and issue campaigns.

Just this September, Ohio was preparing to purge 235,000 voters from the rolls due to being flagged as deceased, living out of state, or being a duplicate. Before these voters were purged from the system, the Ohio secretary of state’s office sent the League of Women voters and other interested organizations the spreadsheet with a list of all the names. After spending time going through the sheet the League of Women Voters flagged numerous cases of people who were set to be purged even though they were meeting all the requirements of being an active voter. After finishing their review, they found about 40,000 of the names on the list should not be purged. 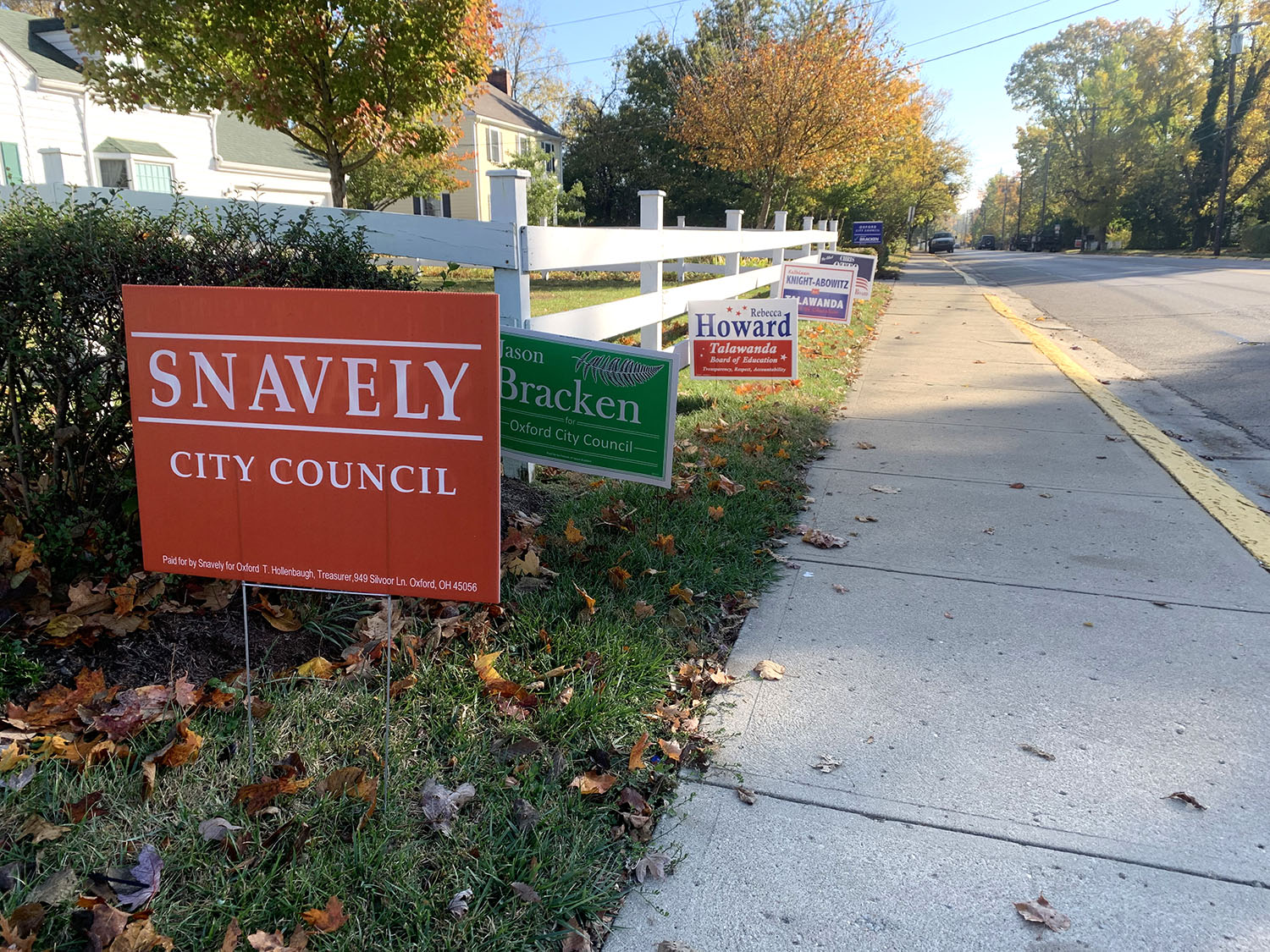 Yard signs for candidates for Oxford City Council and Talawanda Board art thick along local streets in anticipation of the Tuesday, Nov. 5 election. Photo by David Wells

To prevent such wrongful purges, Wimbish and her organization have been pushing for automatic voter registration, which would allow people to be automatically registered when they get a driver’s license or renew a driver’s license. Wimbish believes such a system already has been effective in other states.

According to Wimbish, such an automatic process would get rid of the worry for voters to register by a certain deadline. It would also allow for a more efficient voting system as rolls would update with existing registration and current addresses. Lastly, this could allow for states to better comply with the Voting Rights Act since it requires eligible voters the chance to vote at designated agencies.

In addition to automatic registration Wimbish is also working on restoring same-day registration which would allow people to show up at the polls on Election Day, register on the spot and be able to vote.

“If your vote didn’t mean anything people wouldn’t try so hard to take it,” Wimbish said.

In the case of students specifically, she wants to see a rise in voter turnout for the 18 to 29 age bracket.