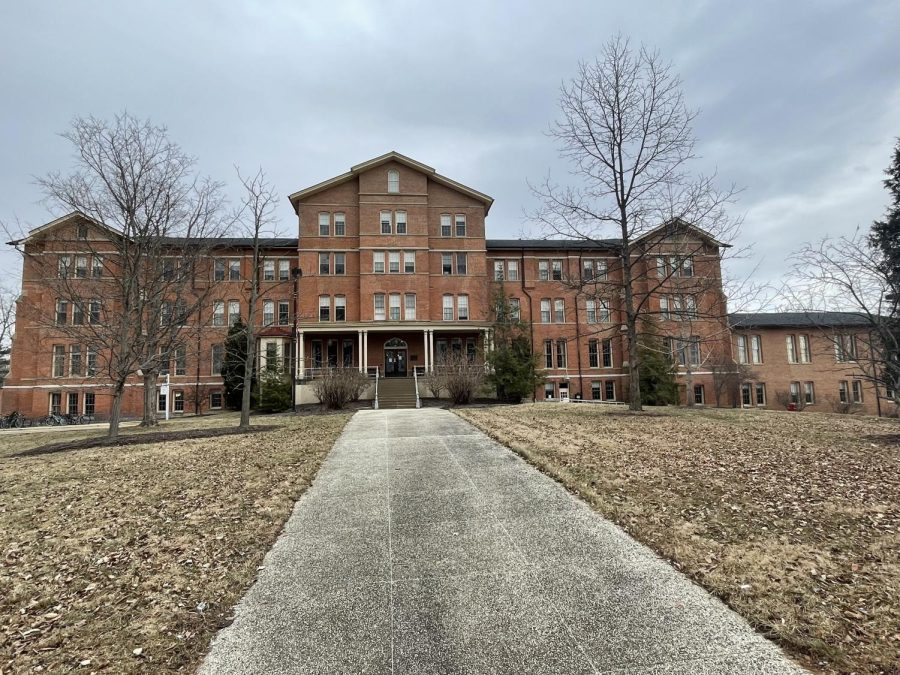 Wider view of Peabody Hall from the front.

Peabody Hall is named after Helen Peabody, who was the first principal and teacher of the Western Female Seminary from 1855-1888. In fact, the hall was called Seminary Hall before being renamed in 1905.

For the most part, Western Female Seminary and neighboring Miami University had a respectable relationship. However, during the 19th century particularly, contact between the men and women of both schools was strictly monitored to make sure nothing morally wrong was taking place.

Helen Peabody did not think boys and girls should be coeducated and she was quite adamant  about this. Peabody was always very protective of her students and always suspicious of the Miami men who would wander onto Western property. Ironically, the Hall named after Peabody has now housed thousands of Miami men as they have shared the building with women for years now.

Legend has it, Helen Peabody’s spirit occasionally leaves her grave. Her ghost supposedly watches over the women of Peabody Hall and haunts the men who inhabit it. However, students have lived here for years and continue to live at Peabody so that goes to show just how much traction is behind this myth.

As for the building itself, it hasn’t been an easy road for Peabody Hall. It was destroyed by a fire in 1860 when it was known as Seminary Hall. At the time, the ladies had no place to live so they were distributed among the people of the village who were kind enough to open their homes to them.

Later that year, Peabody Hall was rebuilt. The second building was better designed in that it was built in such a way that in case of a fire, the building’s wall would not collapse like it had the last time.

Eleven years later in 1871, the building fell victim to a fire again. The new construction of the walls left many of the brick partitions still standing. Insurance was able to cover most of the cost for the re-building and students moved back in only seven months later.