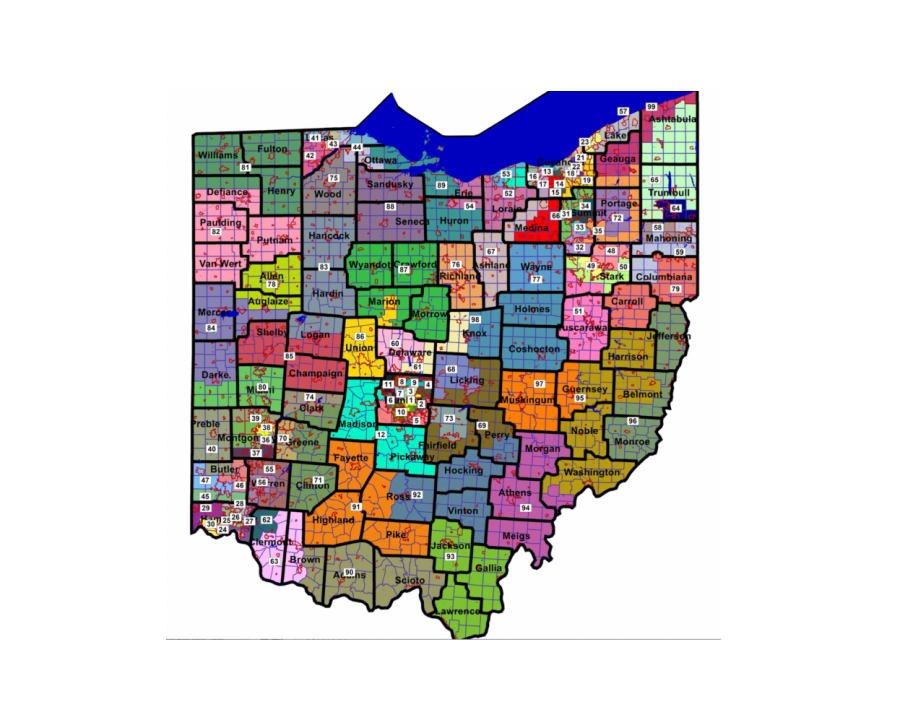 The map showing district lines for the state House of Representatives adopted again by the ORC.

The Ohio Redistricting Commission (ORC), which is tasked with drawing the new legislative district lines in Ohio, on Thursday once again adopted a set of maps that have already been struck down by the Ohio Supreme Court as unconstitutional.

ORC was under a court order to pass constitutional maps by 9 a.m. Friday, May 6. Even though House Minority Leader Allison Russo brought a set of constitutional maps to the redistricting hearing Thursday, Republicans on the commission were concerned that independent map makers had drawn the district lines, not the ORC. They also cited time restraints.

In a letter to the ORC, Ohio Secretary of State Frank LaRose said the last date maps could have been passed for an Aug. 2 election, which is already scheduled as a special election, was April 20.

Changing the state of the statewide election requires an emergency ordinance passed by both chambers of the Ohio General Assembly, but LaRose’s letter claims there are not enough votes in either chamber to do this.

The only institution that can supersede the legislature’s role in this is the courts. A three-judge panel from the U.S. District Court for Southern Ohio already has said it will implement the ORC maps and order the election to be Aug. 2 if new maps are not passed by May 28.

The ORC maps have already been programmed into county voting machines by the direction of LaRose, who said it is too late to try to program anything else.

Russo showed her frustration and asked the Republicans on the commission why they did not bring up their concerns earlier in the development phase of the maps, which the ORC has had available to them since April 8.

“It would definitely cause a lot of conflict and logistical issues to carry out a county-wide election on any other day than Aug. 2,” said Butler County Board of Elections Deputy Director Eric Corbin. “There were changes for the May election that happened way later than they ever had before, but we made it work. It would be wonderful to have more time to do everything that needs to be done for August, but it is not impossible (to work with maps passed later than May 5).

The map controversy already led to the state house and senate races being kept off the May 3 primary election ballot because no one knew where the district lines would end up. Candidates and voters had no way of knowing which districts they were in.

Thursday’s vote was 4-3 along party lines, except for Republican Auditor Keith Faber, who voted against the maps for the same reason he did the first time they were passed; he believes they too heavily favor Democrats. The maps were struck down by the Ohio Supreme Court for unfairly favoring Republicans.

The vote was jeered at by spectators at Thursday’s meeting, who chanted: “Hold them in contempt.”