Dunkin’ Donuts Plans to Bring Next Generation Shop to Oxford 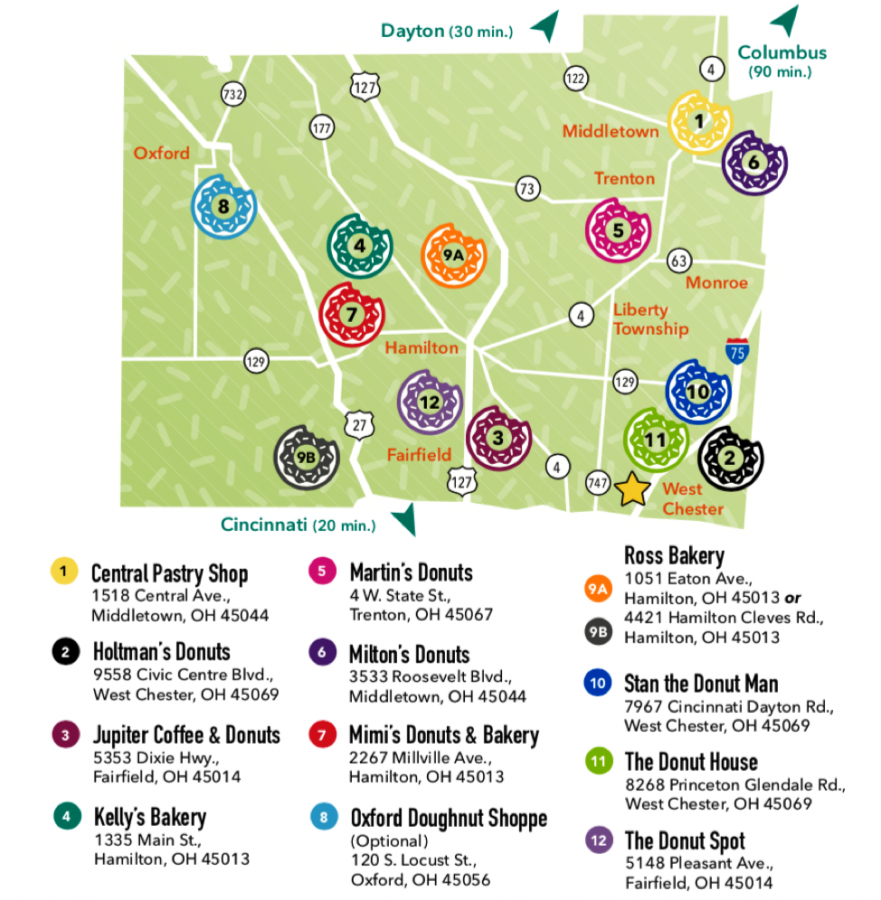 Dunkin’ Donuts has signed a lease to open in the Bishop Square shopping center at 431 S. Locust St. It is the location that Tim Horton’s, another donut shop, occupied for less than a year before closing last summer.

“Dunkin’ Donuts is set to debut later this year with a drive-thru. The building permit was issued on Feb. 4., and the electric service has been approved. Inspections are underway, but other signage is still under review,” said Lynn Taylor, an administrative assistant for the City of Oxford.

Butler County is Home to the Donut Trail

Start at any one of the 12 shops, where you can pick up a passport that each shop will stamp as you go. If you visit 11 of the 12 shops, you will receive a free t-shirt courtesy of the Butler County Visitors Bureau.

Since the addition of the trail, more than 9,000 people from 44 states and nine countries have completed it. Fortunately, the trail has been so successful for mom-and-pop donut shops and featured in Delish and Food & Wine magazine.

The Observer used the famous “Oxford talk (OHIO)” Facebook group, which has more than 10,000 members, to ask for reactions to the prospect of Dunkin’ Donuts coming to town.

“Support local businesses! You can get Dunkin’ Donuts anywhere in the country. (We need) Mom and Pop donut shops with personalized service, owned by community members invested in the local population,” responded Elena Jackson Albarran.

“I try to spend my money around because even the franchises employ locally,” Keena Kincaid also chimed in.

Submitting Donuts to a Taste Test

To find out which local location best satisfies donut cravings, we conducted an unscientific, blind donut taste-test with samplings from Oxford Doughnut Shoppe, Dough-Versity Donuts & Coffee and a box of Busken donuts sold at the United Dairy Farmers in Oxford.

Each of the four tasters did not know where each donut was from. Each participant was able to tell the Busken donuts from the rest, sensing a lack of freshness and airiness of the dough. 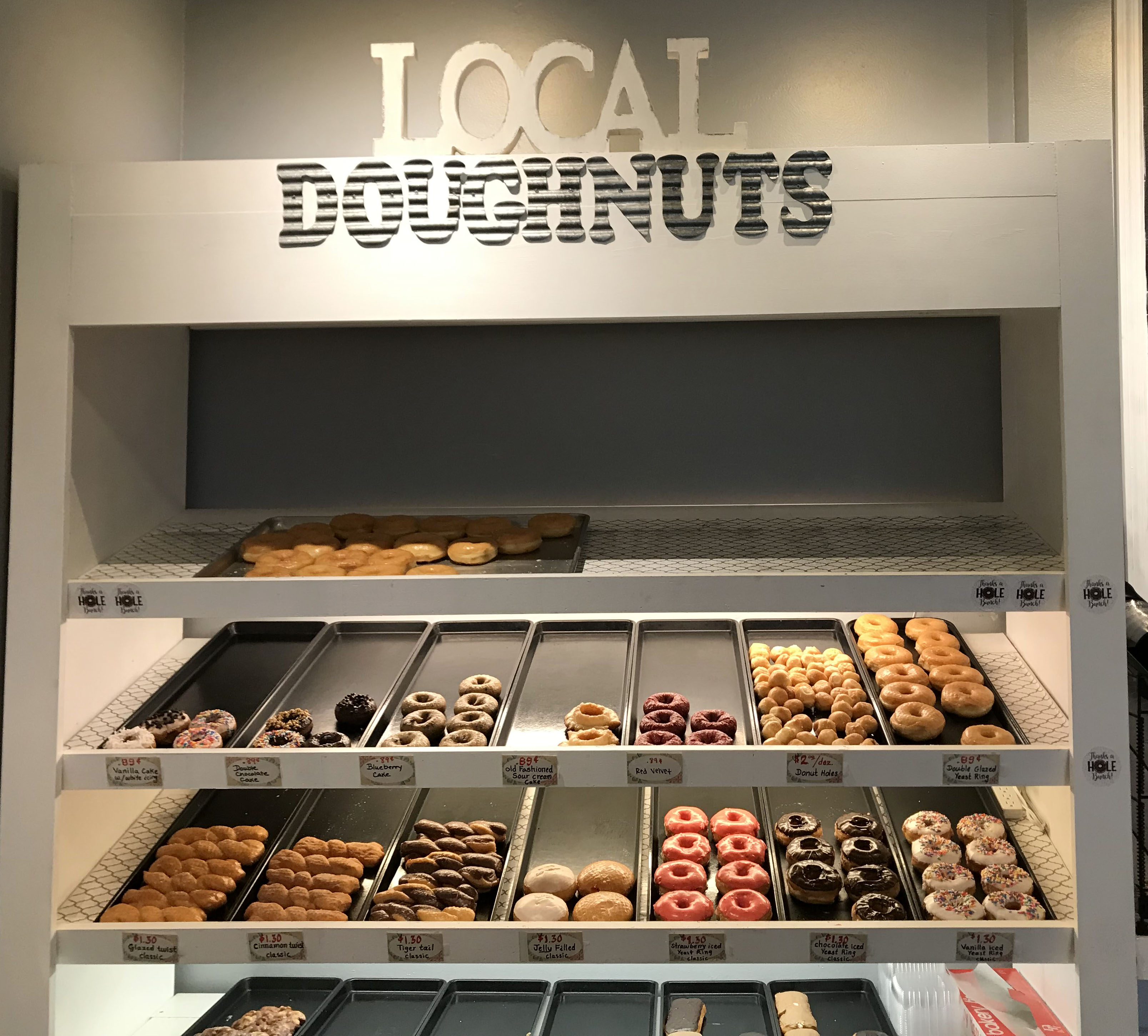 A morning selection on display at Dough-Versity. Photo by Max Krzyzaniak

After each donut had been tasted, the participants were asked of which donut was their favorite.

After tallying the results, there was a tie between the donuts from Oxford Doughnut Shoppe and Dough-Versity Donuts & Coffee.

An east-coast Dunkin’ Donuts expert, Linda Eterno, was one of our four participants. She said, “Being from the east coast, Dunkin’ Donuts is a fine product, but Oxford Doughnut Shoppe and Dough-Versity have a freshness and unique selection that can’t compare.”

Despite the fact that the new local site has not yet opened, Dunkin’ Donuts in Oxford may be the first new generation concept store in Cincinnati.

Unveiled by Dunkin’ Donuts last year, the next generation stores offer technology for customers to place their orders from digital kiosks, faster drive-through visits and an increased selection of “grab-and-go” products.