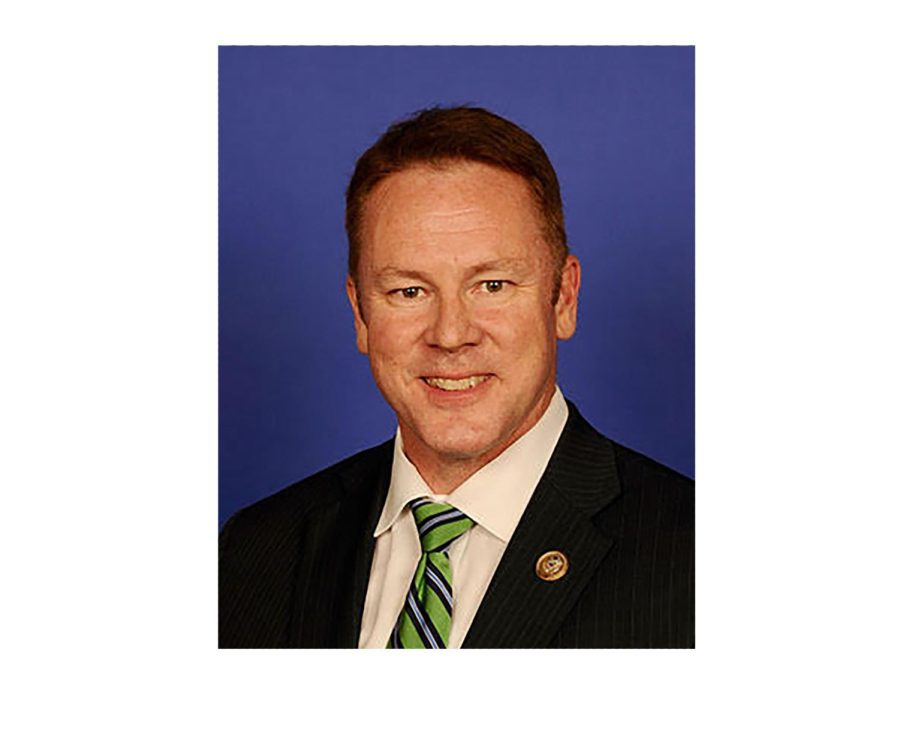 Incumbent Warren Davidson is seeking the Republican nomination for re-election to Congress from Ohio’s 8th Congressional District, which includes Oxford. His name will be on the May 3 Republican ballot. Photo from Clerk of Courts

Congressman Warren Davidson, who represents Ohio’s 8th District, is seeking the Republican nomination for the district.

Despite repeated requests by the Oxford Observer, Davidson declined to be interviewed for this article.

Davidson has been in Congress since 2016. He is currently a member of the House Financial Services Committee.

According to his campaign website, immediately after high school, Davidson enlisted in the army. After returning home, he earned an MBA from the University of Notre Dame, then worked with manufacturing companies for 15 years before being elected to Congress.

On his website, Davidson lists seven issue priorities, which he does not elaborate on:

His campaign slogan is “Defend Freedom.”
Sponsored legislation record
Since he was elected to Congress, Davidson has introduced 44 bills, 10 amendments to bills, and five resolutions, according to congress.gov.

One bill passed the House of Representatives in 2017, but none of his bills have been signed into law. Only four have been given a hearing by the congressional committee it was assigned to.

The bills that Davidson introduces in the House of Representatives receive an average of 9.88 co-sponsors per bill. The House has 435 members who can co-sponsor legislation, which means a member’s office was not the original author of a bill, but the member strongly supports it enough to want their name on it.
Voting record
Each year, the Lugar Center and Georgetown’s McCourt School of Public Policy release a non-partisan ranking of how often each member of Congress works across party lines. Rankings come out at the end of each congressional session.

For the 2019-2020 session, Davidson ranked 411 out of 437 members. The ranking includes non-voting members of Congress. Since the last rankings were released, Davidson has continued to closely align himself with former President Donald Trump.

In a Jan. 7, 2021, press release, he both condemned rioters who had stormed the Capitol Building the day prior, then defended voting against certifying the 2020 election results.

“In Congress, we fight with reasoned arguments and recorded votes,” Davidson said in the press release. “The debate remains essential to properly safeguarding the hard-won principle that all citizens have equal protection. That is violated when elections fail by law or practice.”

More recently, Davidson voted against sending $13.6 billion in military and humanitarian aid to Ukraine and its neighboring allies and investigating potential war crimes committed by Russia in its war against Ukraine.

“While I support the Ukrainian people’s fight for freedom, I cannot ignore that freedom is vulnerable here at home,” Davidson said in a press release. “Democrats have no plan to secure our border or promote U.S. energy independence. I could not support this process or this spending bill that fails to address the very real issues facing our country. Americans deserve sound money policies that will not bankrupt America.”