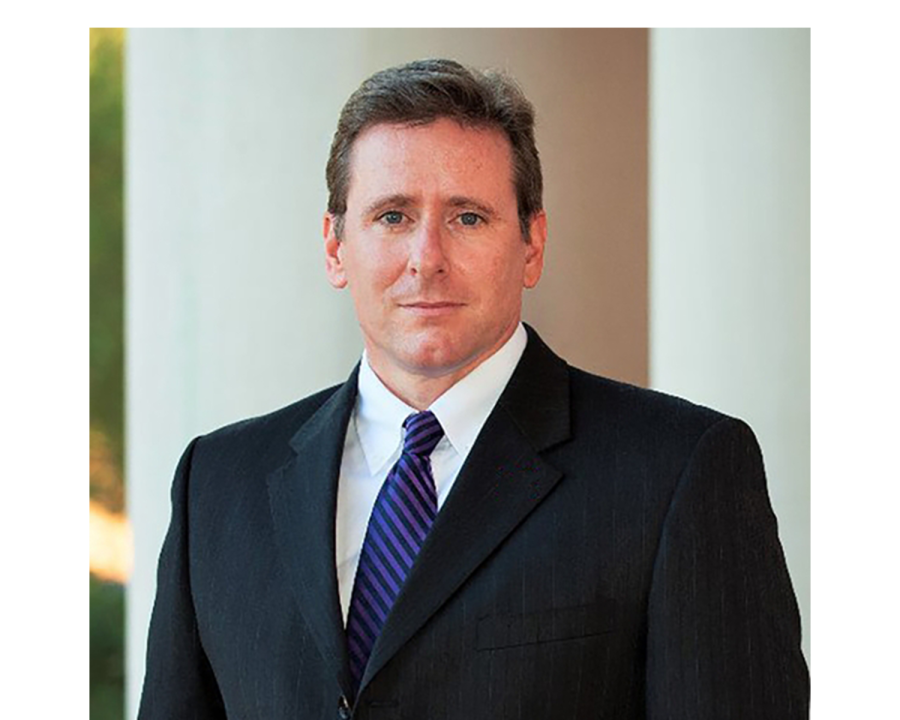 Miami’s Provost and Executive Vice President of Academic Affairs Jason Osborne announced that he is resigning from his position this summer after serving for three years.

The decision was announced April 11 in a faculty-wide email from Osborne.

“Leaders have seasons, and I believe it is time for my season as Provost to draw to a close, to make way for another who can lead Miami in what I see as a period of renewal, growth, and well-deserved success,” Osborne wrote.

In his email, Osborne wrote that the past three years were challenging and complimented the Miami community for its ability to support each other and continue to thrive.

“Together, we have persevered, and we have positioned Miami University for a very bright future,” Osborne wrote. “I cannot express how deeply grateful I am for each of you and your selfless efforts. I cannot imagine a better team to be with through these challenging times.”

Osborne’s time as provost was marked with the challenges of the COVID-19 pandemic, which required closure of the campus and a switch to online classes. During his tenure, the university also went through budget cuts which released about 200 visiting assistant professor positions. That decision, in which he played a significant role, also has been mentioned in the current AAUP campaign to unionize the Miami faculty.

On April 20, Miami President Gregory Crawford sent out a campus-wide email thanking Osborne for his service. Crawford also said in the email that the university plans to have an interim provost selected by the end of the semester.

“Identifying the right person to step in as interim provost is vital as we continue to move Miami’s mission forward,” Crawford wrote.

In his email, Crawford wrote that he plans to engage with various groups on campus to collect feedback about the interim provost role. He also encouraged any faculty members to call his office with any opinions on the matter.

“This decision requires thoughtful consideration and broad input from our campus community,” Crawford wrote. “I will continue to gather feedback and speak with potential candidates across our campus about this pivotal and influential role.”

In an email to the Oxford Observer, Miami’s Senior Director of News and Communications, Jessica Rivinius, commented on Osborne’s time at Miami.

“We are grateful to Jason for his leadership as provost over the past three years in these unprecedented and challenging times,” Rivinius wrote. “His work on the Boldly Creative initiative and our Strategic Plan has set Miami on the trajectory for a successful future.”

According to Miami’s website Boldly Creative is an initiative that emphasizes data and analytics, along with programs that cross disciplines to create better-engaged citizens who can one day work to expand Ohio’s economy. Many programs came from this initiative, including online master’s degrees, study abroad or study away programs and several other programs related to understanding and promoting diversity.

While at Miami, Osborne also contributed to the change being made to credit/no credit options during the pandemic after a petition was created by the Associated Student Government.

Osborne also hired Jenny Daroch in March of 2020 to be the Dean of Farmer School of Business. In an email to The Oxford Observer, Daroch said she is grateful to Osborne for hiring her and that he has greatly helped develop programs within Farmer.

“The work that has had a positive impact on the Farmer School and its future was his support of our boldly creative proposals which led to the development of new programs such as the new MS in Business Analytics, the MS in Management, the online MBA, the undergraduate certificate in cybersecurity,” Daroch said.

“We were also able to use boldly creative funds to hire a Director of Industry Partnerships and an Associate Director to support career development for our students in boldly creative master’s programs,” Daroch said.

Osborne’s last day at provost will be June 30. According to his email, he said that he plans on doing whatever he can to ensure a smooth transition.