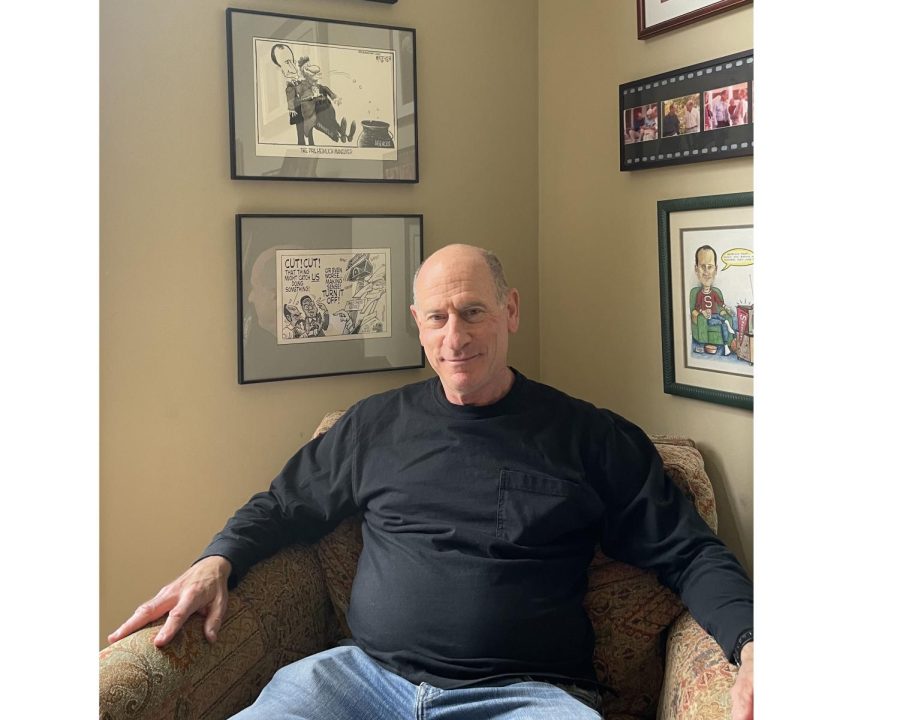 Phil Heimlich is challenging Congressman Warren Davidson for the Republican nomination for Ohio’s 8th Congressional District. While he is traditionally conservative, he has one major ask for Democrats in the district: Cross over and vote for him in the Republican primary.

“[This district] hasn’t elected a Democrat since 1936 to  Congress. What I like to say is, if John F. Kennedy rose from the dead, he couldn’t win in this  district,” Heimlich said. “So, what I’m saying to Democrats is, if you wanna have an impact, if you want  to protect your democracy, cross over and ask for a Republican ballot, because you’re not going to be able to have an impact in the general election, unfortunately, because of gerrymandering.”

Heimlich is a new member of the 8th district after the redistricting process. An amendment to the Ohio Constitution which lays out rules for redistricting says Hamilton County should not be split between districts, but it was split twice anyway by the state’s Republican-dominated redistricting commission.

According to the Princeton Gerrymandering Project, the 8th District, which includes Oxford, is now made up of about 38% Democratic voters and 62% Republican voters. Because it is unlikely that a Democrat will win the seat in November, Heimlich is trying to convince Democrats that they would rather have him in office than Davidson.

Heimlich thinks the key differences between himself and Davidson are his belief that the 2020 presidential election was not stolen and his support for Ukraine. Davidson voted against certifying the election results, against sending $13.6 billion in military and humanitarian aid to Ukraine and its neighboring allies, and against investigating potential war crimes committed by Russia in its war against Ukraine.

As a self-declared anti-Trump Republican, Heimlich wishes the Republican party would model itself on the days of Ronald Reagan, and he said he thinks Liz Cheney is the current “hero of the Republican Party,” because she is “putting country over party rather than party over country.”

“Unbelievably, a large number of Republican congressmen and congresswomen went in and voted to overturn the election. They sided with the rioters, and that’s what Warren Davidson did. He sided with the rioters,” Heimlich said. “That’s what caused me to jump in and run. The big  lie about the election is undermining our democracy. When you have a significant figure, like Trump, and all of the lackeys, like Davidson, that are intimidated by him, who are all lying about the last election, that’s incredibly dangerous. It’s a threat to our democracy.”

According to Heimlich’s website, he has identified three top priorities. Protecting democracy is his No. 1 priority. This includes expanding voting access, ending partisan gerrymandering and combating those who say the 2020 election was stolen.

His No. 2 priority is balancing the budget. Heimlich admits that “both parties are at fault” for the current national debt. He wants Congress to agree to only pass budgets that are balanced and that make a considerable effort to begin paying back the country’s debt. He promised to never vote for a budget that is not balanced.

Heimlich said two items that should be cut from the national budget to help balance it are funding for education and funding for public broadcasting and news programs, such as the Public Broadcasting Service (PBS) and NPR.

“The Constitution  doesn’t give the government power or the right to govern education,” Heimlich said. “[The power] was totally invented, and the  federal government’s involvement in education has made it much worse.”

Heimlich said he blames federal student loans for driving up the price of higher education but said student loan forgiveness will do nothing to solve the current situation. He said the federal government should stop giving out loans so that colleges and universities would be forced to lower their tuition to make it more affordable to attend.

According to the U.S. Department of Education’s College Scorecard, almost 40% of Miami University students are receiving federal loans. The average federal debt of a Miami student after graduation is over $23,500.

He also said he thinks the federal government should stop funding schools themselves from kindergarten all the way up to higher education. This would allow state and local governments to better control education, because government funding often comes with stipulations that schools must agree to follow.

According to the National Center for Education Statistics, the Talawanda School District receives $1.55 million from the federal government per year, which amounts to just over $500 per student. This makes up 4% of Talawanda’s income sources. According to USAspending.gov, Miami received more than  $9.53 million from the federal government in 2019.

Heimlich’s No. 3 priority is helping the environment. He said the Republican Party should not ignore the problem, because the first step to solving a problem is getting everyone to agree that it exists.

“Every reputable scientist says climate change is real. Why are we pretending that it doesn’t exist? It doesn’t mean  we want to kill jobs or take radical measures that are going to hurt our economy,” Heimlich said. “Let’s at least admit it’s real. Let’s take some responsible steps to reverse the damage. The planet is part of God’s creation.  Let’s protect it.”

Heimlich began his political career as an assistant Hamilton County prosecutor before serving as a Cincinnati city councilman for eight years and a Hamilton County commissioner for four years.

Heimlich is endorsed by David Pepper, who beat Heimlich in the 2006 race for Hamilton County commissioner. Pepper is the former chairman of the Ohio Democratic Party.

More recently, he led Operation Grant, an affiliate of the anti-Trump Lincoln Project, and Republican Voters Against Trump in the 2020 election. He currently serves as a legal advisor to Republicans for the Rule of Law, a nonprofit aimed at convincing Republicans to stand up to election misinformation.

His late father, Henry Heimlich, was a thoracic surgeon who developed the Heimlich Maneuver for helping choking victims. His son said that fact has affected how he has chosen to live his life.

“I always wanted to make an impact,” Heimlich said. That’s always been my attitude. I had  a father who had a big impact on the fields of science and medicine. I wanted to have an impact on law and  on the country.”

Early voting for this primary election began April 5 and will continue through May 2. In-person voting will be held May 3.