‘Everything Everywhere All at Once’ has magical sensory overload 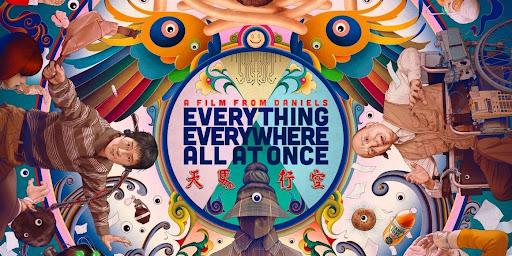 “Everything Everywhere All at Once” now in theaters, is “magical.” Photo courtesy of A24

The latest film by Daniel Kwan and Daniel Scheinert, who credit themselves as “Daniels,” was appropriately released during the half-year gap between “Spider-Man: No Way Home” (2021) and the upcoming “Doctor Strange in the Multiverse of Madness” (2022). Two of the latest colossal projects by Marvel Studios, the films also sustain a growing trend around multiverse media.

Unlike those films, “Everything Everywhere All at Once” doesn’t only take on assorted dimensions for the sake of increasing the scale of external threats; Daniels’ film is a deeply intimate and interior story caked in bombastic set dressing. Instead, the project takes advantage of several alternate realities because its creative scope is too ambitious to settle for just one. 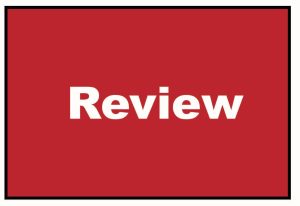 Hazy cosmic anarchy swirls around Evelyn Wang, portrayed with deft vulnerability and wit by Michelle Yeoh. In brilliant strokes of magical realism that breathe life into the multiverse premise, Evelyn finds the mission of battling bizarre interdimensional evil to be a convenient distraction from filing her taxes.

Evelyn is so preoccupied with her newfound hero’s journey that she finds herself blanking out while meeting with an IRS agent (Jamie Lee Curtis). She grows increasingly ambivalent about the imminent foreclosure of the laundromat she founded with her husband (Ke Huy Quan) after they emigrated from China. Access to several alternate trajectories of her adulthood is also a cathartic diversion from her marital troubles and the persistent tension between her and her daughter Joy (Stephanie Hsu).

Daniels’ frenetic and turbulent film dedicates much of its time to exploring Evelyn’s mundanity, an impressive balancing act that manages to link every surreal action set piece or mind-melting tangent to her discontent. Small moments of restraint give weight to the mess the film unapologetically makes.

The pair’s previous effort, 2016’s “Swiss Army Man,” was similarly so comfortable with juggling juvenile absurdity and sweet sincerity that the two became indistinguishable. With how far Kwan and Scheinert have come in treating the medium of film like a sandbox, the flatulence-powered corpse at the center of “Swiss Army Man” seems like a mild mission statement for things to come.

The film is decidedly shameless, wearing its influences on its sleeve and flaunting them lest they go unnoticed. While the unlikely pair of Stanley Kubrick’s 2001: A Space Odyssey” and Pixar’s “Ratatouille” are directly parodied, the distinguished aching atmosphere of Chinese director Wong Kar-wai and the heady digital action of the Wachowski sisters’ “Matrix” films are more loosely referenced through visual and narrative signifiers.

The movie’s incorporation of these titles, much like its themes, are not necessarily as layered and complex as its dizzying aesthetics. Nevertheless, its humor both builds the story’s momentum and finds cohesion in its straightforward and endearing morals, which feel warranted in the domestic simplicity of the story that frames its more fantastical elements. “Everything Everywhere All at Once” is a wonderful sensory overload, but it also navigates a dynamic story without allowing its audience to grow numb to its emotional punch.