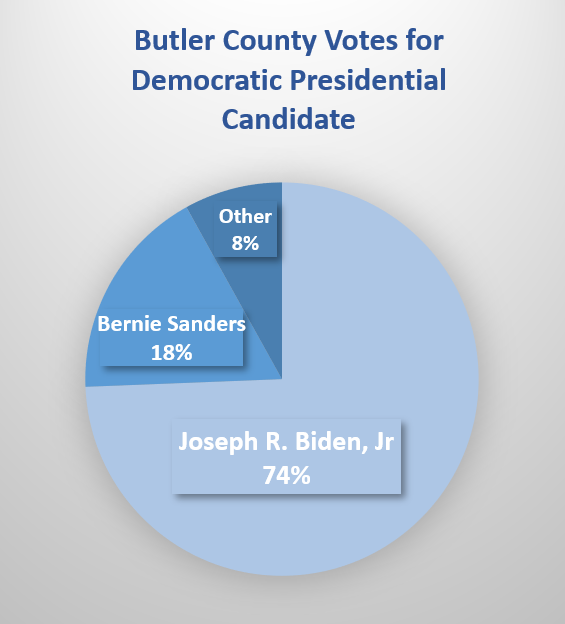 The two most notable races on the ballot for Oxford voters were the Democratic presidential primary and the contest for the Republican nominee to the Ohio Senate from District Four, which includes Oxford.

The Democratic primary results failed to shock, as all candidates on the ballot besides former Vice President Joe Biden had officially dropped out. So, Biden won the state, of course, with 72.4% of the votes. Vermont Sen. Bernie Sanders received 16.6% and all other candidates for the race received a total of 11%.

The state senate race, however, provided a little more suspense.

“Very very low turnout,” Lang said of the election. “That’s a direct result of the chaos that was caused when we canceled the March 17 election. There was no presidential battle to pull the voters out either.”

Keller had become a controversial figure in local politics. In August 2019, shortly after a mass shooting in Dayton that killed nine people, Keller took to Facebook. She posted a paragraph placing blame for the shooting on the LGBT+ community, President Obama, immigrants and others. The post, since taken down, caused a wave of outrage from people across the political spectrum. Butler County Sheriff Richard Jones, a conservative Republican, said at the time that Keller should resign at once because of the posting. That outrage could explain why Keller lost to Lang and received only about one third of the votes. 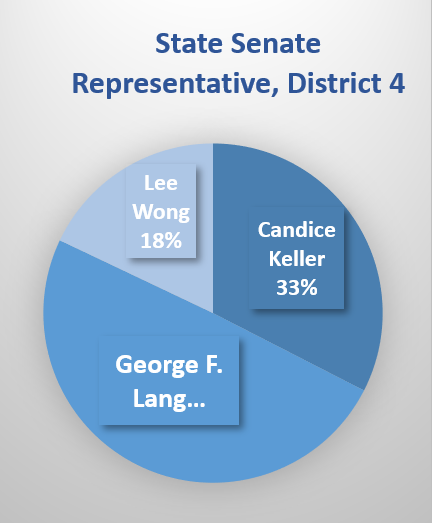 Reaction to Keller’s defeat came from well beyond the borders of the Fourth Senate District.

Shannon Watts, the founder of Moms Demand Action, a national gun violence prevention group, spoke about Keller’s loss this week on Twitter, where she has almost 450,000 followers. She tweeted, “Rep. Candice. Keller won’t be returning to Ohio’s General Assembly after a sound defeat in a Republican primary contest for a senate seat. Last August, she blamed President Obama, same sex marriage and drag queens for the mass shooting in Dayton.”

Chris Seelbach, a member of Cincinnati City Council, tweeted, “First victory of the night, Candice Keller is defeated in the Republican primary. Keller is the woman who blamed the mass shooting in Dayton on transgender people, Barack Obama, etc. Goodbye Candice.”

Keller must have seen some of the posts celebrating her loss, as she later posted a photo on Facebook of herself holding a shotgun, captioned “It’s not like I’m going away. I’m as dangerous as I ever was.” 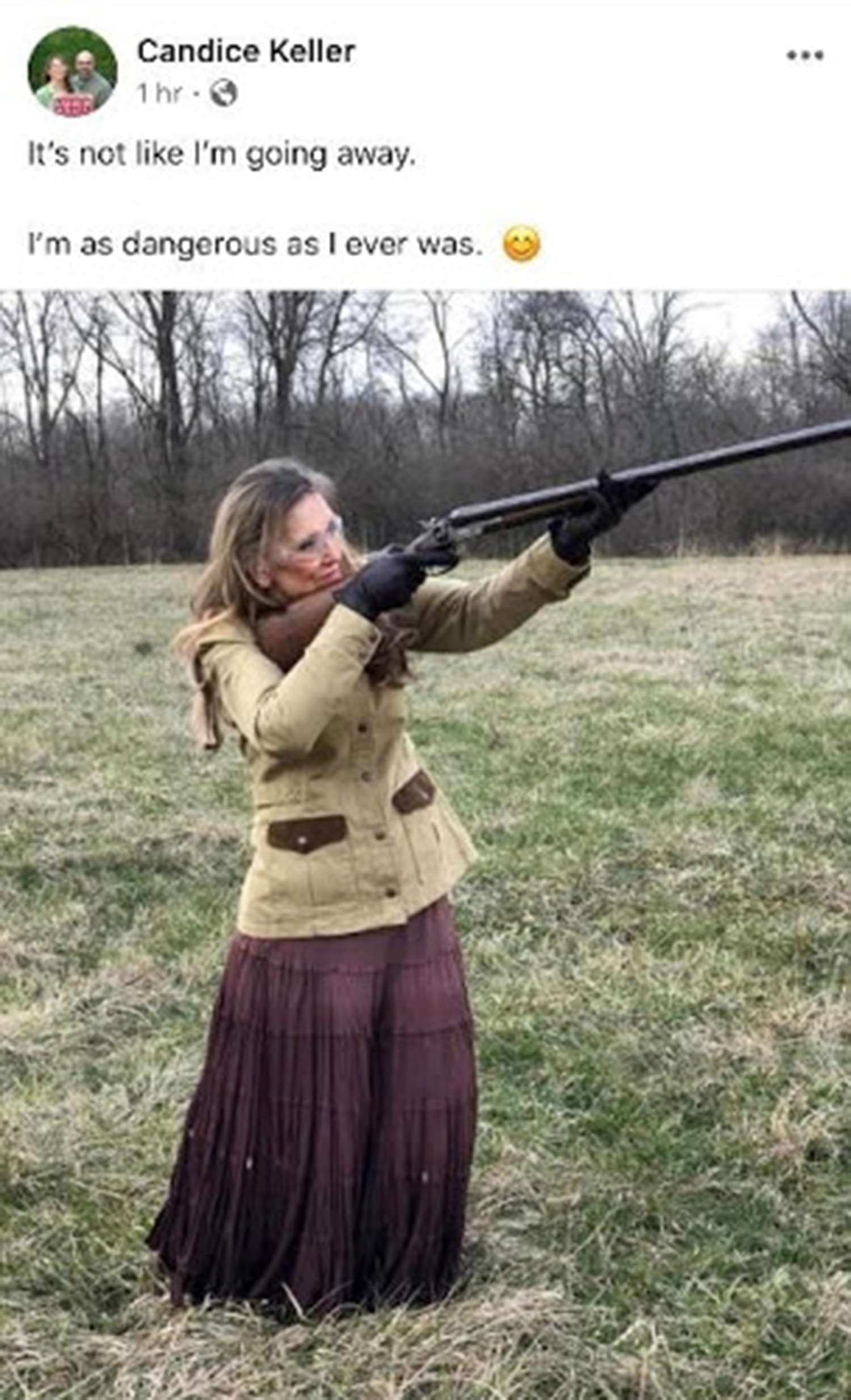 After her loss, Candice Keller posted a picture of her wielding a shotgun on Facebook, saying she was as dangerous as ever. Photo from Facebook

Voters had to mail it in

Since the announcement of the primary’s absentee mail-in-only voting system, the political observers have wondered what voter turnout would be like. According to data from the Butler County Board of Elections, Oxford’s voter turnout was down 12% from 2018’s primary turnout. In addition, the number of eligible voters in Oxford decreased by almost 10% from 2018.

Eric Corbin, the deputy director of the Butler County Board of Elections, had no idea what to expect for voter turnout. “It definitely seemed like a high turnout by mail, but it’s much lower than what we normally have in a primary election,” Corbin said. “I imagine if there was no COVID-19, the number would’ve been a lot higher.”

Primary elections generally have lower turnouts than general elections. However, the turnout rate for primaries rises in presidential election years. In 2016, the March primary turnout in Butler County was more than 40% of registered voters. This year, turnout was less than half of that. It most closely mirrors the county’s primary turnout in 2012, which was just over 18%.

The lower turnout rate wasn’t unexpected, nor was it that out of the ordinary. Most election years see a higher primary turnout, but the similarity to the 2012 race shows that there was always a possibility for the turnout to be this low, even without a pandemic.

“There was a lot of confusion out there among voters,” Corbin said. “Clearly a lot of people got the message because more people voted by mail than in the last presidential election.”

The original date for Ohio’s primary was March 17. Illinois had scheduled the same date, but instead of canceling their in-person primary, they carried on with it as usual. That state’s turnout ended up at an average of 24%. While higher than Ohio’s, it’s far lower than the 33% average of the last five Presidential primary elections.

It’s unclear whether the decisions to postpone and update Ohio’s primary election had a direct effect on voter turnout throughout all of Butler County. However, the virus’s effects on Miami University’s student population in Oxford meant most students had left Oxford, resulting in fewer of them registering to vote or sending in ballots.

There has been discussion of a possible “second wave” of COVID-19 in the fall. In that case, Corbin thinks more people will have gotten used to voting absentee.

“In November, if there are people who aren’t interested in leaving their homes, vote by mail is definitely something they should apply for,” he said. There’s no telling what the turnout in November will be, regardless of the state of the virus.