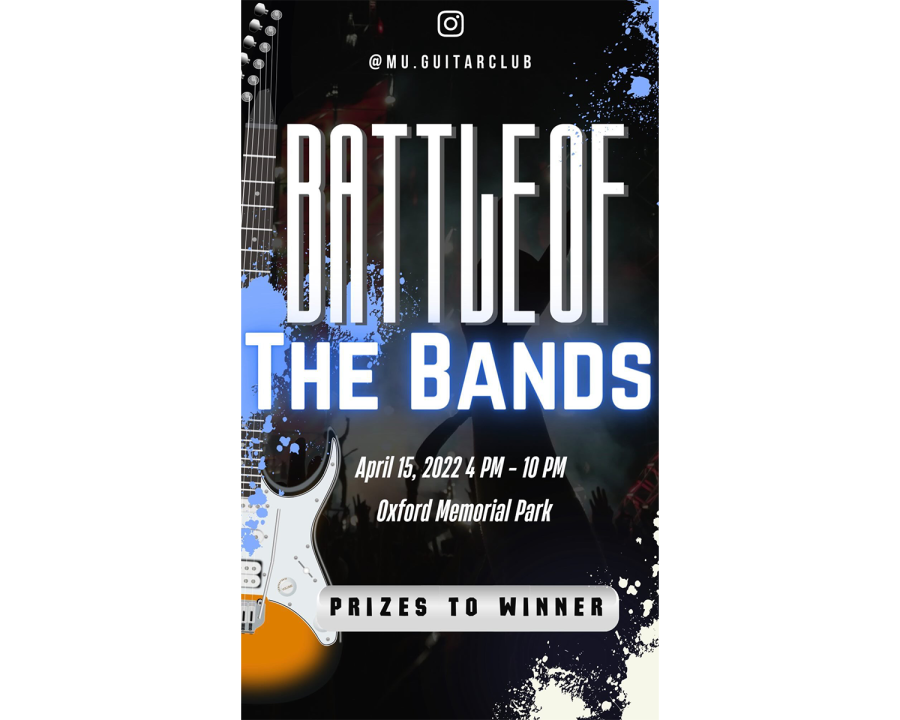 Winning band will headline a concert at a later date.

Bands do battle in Uptown Park

The Miami University Guitar Club will host a Battle of the Bands competition in Uptown Park from 4 p.m. to 10 p.m. Friday, April 15.

At least five bands will be performing both covers and original songs. Merchandise will be available to purchase for those performing.

The winner will get the opportunity to put on a headline concert, with the guitar club paying for  the venue and promotional costs. The date of this concert is currently unknown.

The winner will be chosen by a three-person panel. Audience votes for the competing bands will also be taken into consideration.

The group’s featured work is to be Andy Akiho’s “To Walk or Run in West Harlem,” set to be played among several other tracks that will also infuse contemporary and electronic elements alongside the traditional percussion performance. The concert can also be streamed through the Miami University Department of Music webpage.

The concert comes a week after many student percussionists joined musician Tracy Thornton for a performance by Pan Rocks, a steel drum group that covers popular rock music.

A 16th century romance combines with the songs of the 80’s rockers the Go-Go’s in “Head Over Heels,” performed by the Miami University Department of Theatre, April 20 through April 24.

The show is based on “The Arcadia,” a prose romance written in 1593 by Sir Philip Sidney. This version of the story was written by Jeff Whitty and adapted by James Magruder.