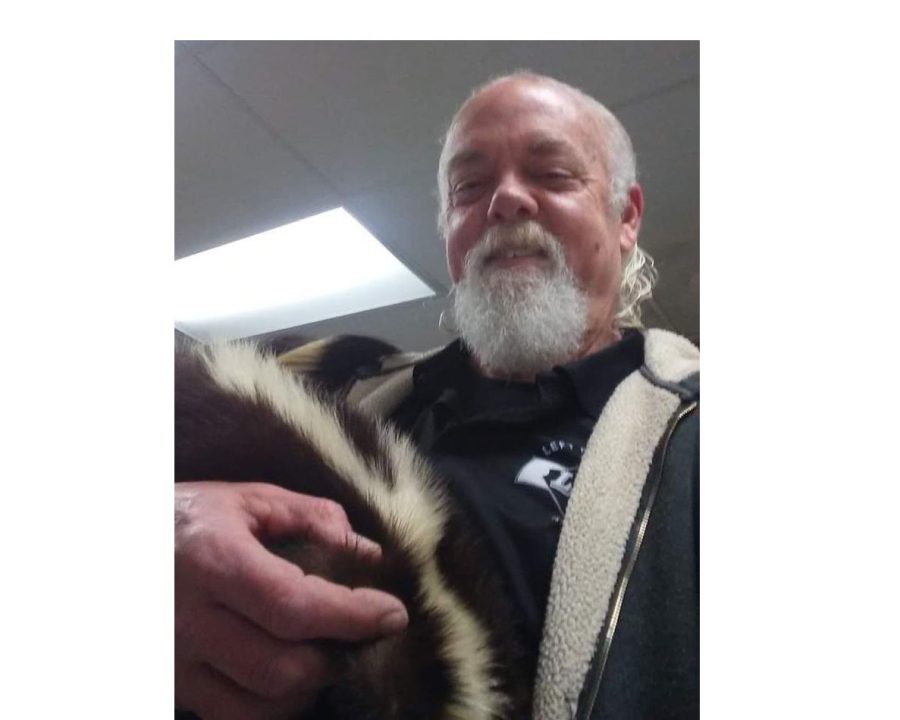 Tully Milders and his fake skunk which he likes to tie a hard-to-see string to and then pulls it along the sidewalks and alleys Uptown.

Whether it’s an elaborate scheme or a small prank to make someone laugh, April Fools’ Day is all about having fun.

The spring equinox was believed to be a prank that mother nature played on people as they were fooled with the drastic and sometimes unpredictable weather changes. And in ancient Rome, the Hilaria festival (Hilaria is Latin for “Joyful” and root of the modern word “hilarious”) that took place at the end of March made some historians think that the holiday started then.

Because of the many possible origin stories, no one truly knows how the holiday started. But that hasn’t stopped people from messing with their friends and family each year. The Observer posted on social media asking readers to share some of their favorite pranks.

First-year Miami student Riley Palanca is a skateboarder. He mentioned that skateboarders are notorious for pranking each other.

He has put saran wrap on someone’s toilet, he has left soured milk in someone’s locker and he has a plethora of gadgets such as itching spray, sneezing spray and a device that produces bug noises.

“Halloween is fun because you can prank people when they least expect it,” Palanca said. “April Fools’ is all about casually messing with someone.”

Hamilton resident Anita Cook Sackenheim said that she once filled a co-worker’s office full of boxes.

Left Field Tavern’s Tully Milders reminisced on one of his favorite pranks he pulled back in 2014. He had a fake skunk attached to a string, and he pulled it across the sidewalk as he saw people walking past the now closed Ryan’s Tavern.

“We’ve had some great reactions,” Milders said in a news coverage video from that year. “We’ve had people jumping out of their shoes and some screaming. And then I just jump out and tell everybody ‘April Fools’!’ and it usually brings a smile.”

Palanca gets his prank ideas from YouTube videos. He’s also an avid fan of the movie series “Jackass,” which follows a group of men who pull crazy pranks on each other. The actors in those movies draw inspiration from cartoons like “Tom and Jerry” and “The Three Stooges.”

Palanca gets satisfaction from pulling a prank on someone, especially if it’s a one-time occasion. He described a time in high school when he pranked the swim team members with his shocking key.

He went up to his teammates and told them that his key wasn’t working. The teammate pressed a button, and it would shock them.

“If they don’t know it’s you, just watching them slowly lose their minds is the best thing in the world,” he said. “It makes me sound evil. But it’s just satisfying. It’s like getting an ‘A’.”

Because Palanca is a prankster, he knows he must watch his back, as he understands that he can’t prank his friends and not expect them to prank him back.

“The more you (play a prank) on everyone else, the more it’s going to happen to you,” he said. “I’ve had multiple pranks played on me, and I expect to be pranked back.”

Palanca said that he sometimes finds satisfaction even when he’s the target of a prank, especially because he considers himself a gullible person.

He remembered a time when his friends ambushed him by dumping a bucket of water on his head. The friends then hit him with a water balloon slingshot when he ran outside to chase them.

Some philosophers believe that people love the suspense and surprise of a prank. Not knowing what the prankster is going to do with the combination of figuring out what the prank is, is what makes the activity so fun.

“If you fall for it so hard, you have to laugh,” Palanca said. “(It’s a good prank) if they can pull it off and if they put their heart and soul into selling it.”

One of Palanca’s favorite memories of being pranked was when his lifeguard friends tricked him into going into the pool.

His co-workers told him that there was an emergency in the pool, so he ran to go save a drowning swimmer. Once he realized that none of his co-workers were following him, the two biggest lifeguards picked him up and threw him into the pool.

Pranks can be either spontaneous or meticulously planned out. Palanca usually plans his pranks out in detail, but he mentioned that it depends on who your target is.

“If a person is pretty smart and observant, I actually have to think about how to mess with them,” he said. “On the other hand, if a person is kind of spacey, not a lot of detail has to go into it.”

Although April Fools’ Day is all fun and games, Palanca advised those who plan to participate to handle their pranks with care, as he is aware that pranks can be taken too far.

“Pick your targets carefully, make sure you have good friends and don’t do anything that would permanently damage anyone or anything,” he said. “Just stay safe out there.”