McGuffey House & Museum explores the past of McGuffey’s readers 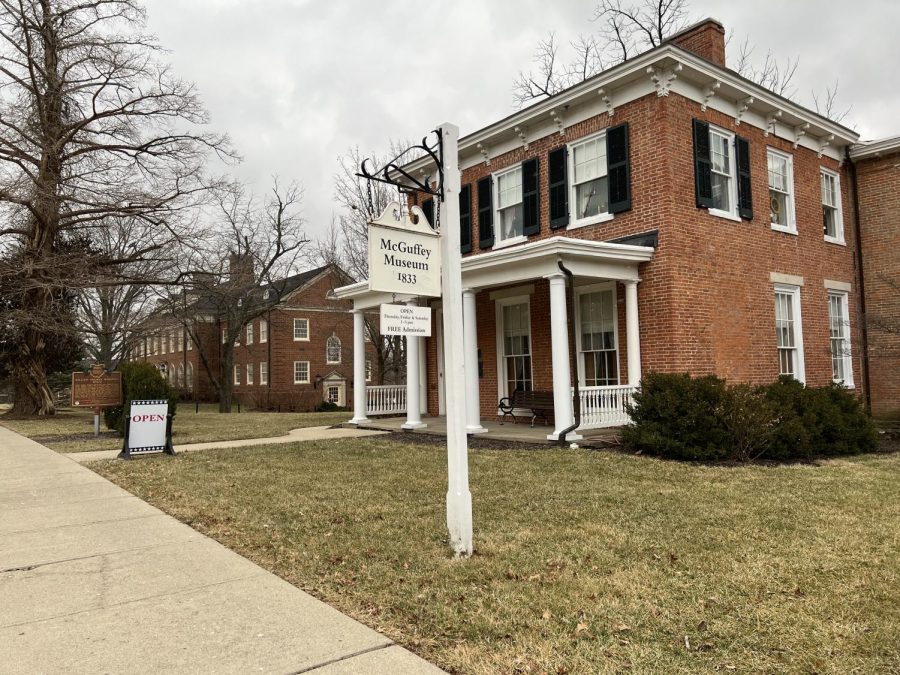 Front door entrance to the McGuffey House and Museum found at the corner of 401 East Spring Street.

While a professor at Miami, McGuffey lived in the house until 1836. It was in this house that he compiled the first editions of his McGuffey Eclectic Readers, textbooks that would influence public education for more than a century.

Between 1828 and 1833, the small framed home was restructured into a six room federal vernacular-style brick house by the McGuffeys. According to Miami University tax records from 1834 McGuffey paid $1,800 for these new additions.

While McGuffey’s family left in 1836, several Oxford families would later take residency in the house over the following decades. While new additions were made, none of the future owners altered the original structure of the home.

During the Miami University Sesquicentennial in 1958, the McGuffey house was purchased by the university from the final owners, the Roudebush family. In addition, an endowment from Emma Gould Blocker, a former faculty member, was also provided that same year. Her request was to preserve the legacy of the McGuffey House, restoring it into a museum.

By 1960, the McGuffey House and Museum had opened to the public to showcase the history of the house and its most famous occupant.

Stephen Gordon, the current museum coordinator,  has kept the legacy of this building alive for almost 19 years. Gordon said the home’s history helps establish a sense of belonging and appreciation for the university’s past.