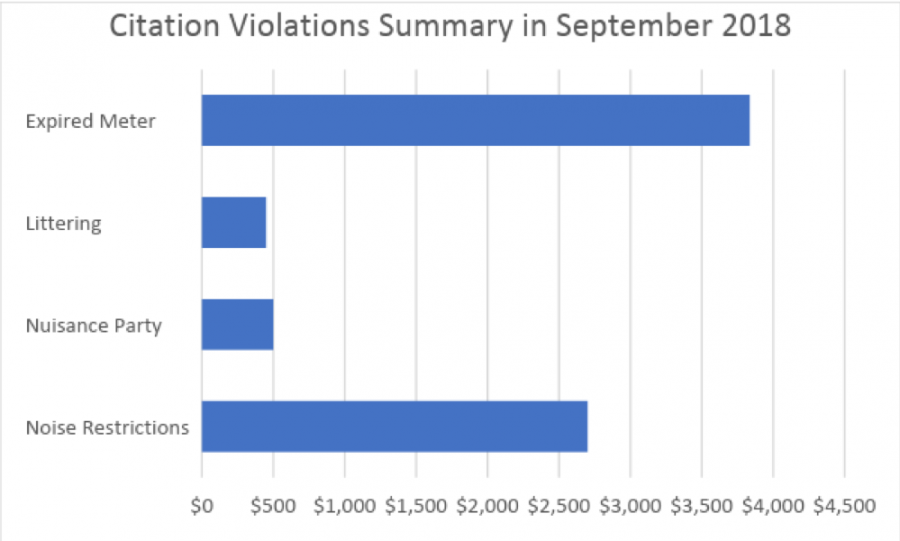 In September 2018, \$16,000 worth of fines were assessed, according to the Oxford Citations Violations Summary. The most fines were from expired meters, with \$3,835 issued, and from noise restrictions, with \$2,700 issued.

Before 2017, the city of Oxford benefited directly from citing citizens under state law, but that money is now going to the state. So now the city is cracking down on municipal violations—such as litter, parking and noise—to maintain some revenue.

“Would we liked to have kept doing what we were doing? Yes. But that’s politics,” said John Jones, Oxford police chief.

“Now we are citing everything under state code violations, which we get a very small portion of that. Most of that is going to the courts, or the county, and the state,” said Jones.

In 2017 Butler County prosecutor Mike Gmoser prosecuted violations of city law. Chief Jones said Gmoser wasn’t required to prosecute these cases and stopped taking them, in hope that the city would create a municipal court.

“The city studied creating their own municipal court, but the cost for creating the court was too much money compared to the fine revenue we were bringing in,” said Jones.

Without hope of a municipal court, police officers are forced to cite crime under the state code, including traffic violations. The money from these citations is now going to the state and away from the city.

“If you get a traffic violation, you’re cited under state code. So most of that money is going somewhere else. The fine is then divvied per state law, which would mean the cities wouldn’t get much,” said Jones.

According to an Oxford Division of Police report, there have been 251 traffic crashes and 171 underage violations in 2018.

“Since we switched to (the county’s) Area 1 Court, our revenue went way down, and traffic tickets we are hardly getting anything for,” Jones said.

Even though the money from these citations isn’t going to the city, the city is making revenue other places. 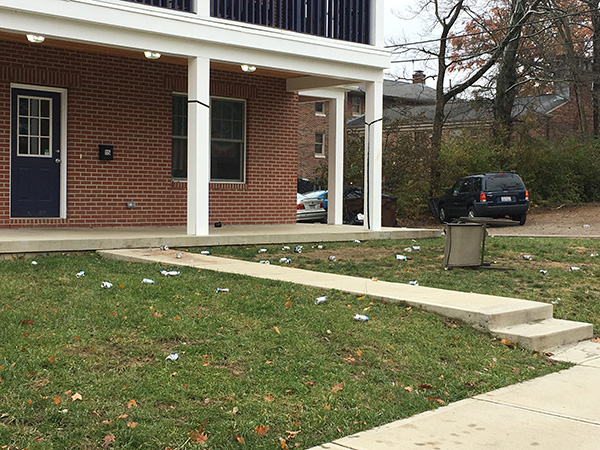 “Some things we couldn’t enforce through state code, like noise and litter. But because those are under municipal court, we changed those to administrative citations,” says Jones.

The city has pivoted its focus to administrative ticketing, which includes parking violations, littering and noise restrictions. In the last year, they’ve made almost $40,000 from these citations.

“The most common litter violation is allowing litter to remain on your property. So typically, we see when someone has a party and litter is scattered all around their yard,” said Jones.