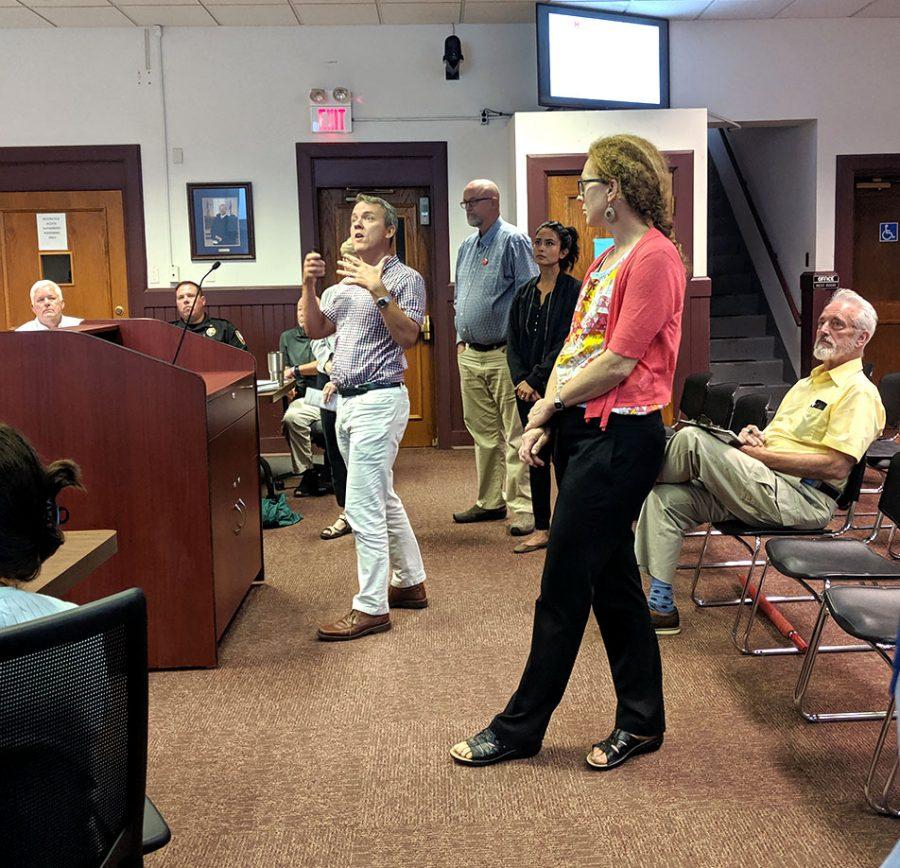 A resolution calling for Oxford City Council to sign the Global Covenant of Mayors for Climate and Energy will be on the agenda at council’s Sept. 3 meeting.

Signing the covenant is one of five recommendations the Oxford Community Climate Action Task Force wants council to adopt. The task force, consisting of some council members, city staff and concerned citizens, was created by council last March to recommend ways for the city to reduce greenhouse gas emissions.

The task force outlined its five recommendations to council Aug. 20.

“I think this has been a real community effort. It’s ground up,’  Bill Snavely, a member of the Task Force Steering Committee, told council. “There’s just no question about the severity of the problem that we face and even little towns like Oxford can really do something and be a constructive part of that process. I hope that you will, next meeting, take seriously that resolution and support it.”

The Global Covenant of Mayors for Climate and Energy is a coalition of cities dedicated to combating climate change at the local level. To do this, cities pledge to conduct a greenhouse gas emissions inventory, to set reduction targets for such emissions and to create a climate action and adaptation plan.

Oxford already is conducting the greenhouse gas emissions inventory using the resources of the Local Government for Sustainability, a network of more than 1,750 local and regional governments in 100 countries committed to sustainable urban development.

The task force also wants the city council to consider four other considerations:

The city is advised to look into consulting services, existing conditions research, public engagement and to create goals and objectives that will result in lowering greenhouse gas emissions.

“This is a community-wide effort, but the city is the leader. It’s the coordinator. It’s the planner,” said David Prytherch, a member of both city council and the task force.

Balance the work of climate action throughout city government. “If you put it on one person, it will break their back, but the fact is the data comes from all kinds of different places. The finance department knows how much money is spent on gas,” Prytherch said as an example. “If it’s a city-wide shared challenge someone coordinates it, but everybody shares the burden.”

Develop operational partnerships with neighboring jurisdictions. It is recommended that the city .collaborates with Miami University, which has its own sustainability and greenhouse gas reduction efforts. The efforts of other neighboring governmental jurisdictions should also be included in Oxford’s planning.

“This is a big opportunity for leadership,” said Carla Blackmar, a member of the Task Force Steering Committee.  “In January, (council) approved a resolution declaring a climate emergency and asking our representatives in Congress to put a price on carbon; and in May, the city of Cincinnati followed our lead and adopted an almost identical resolution doing the same thing.”