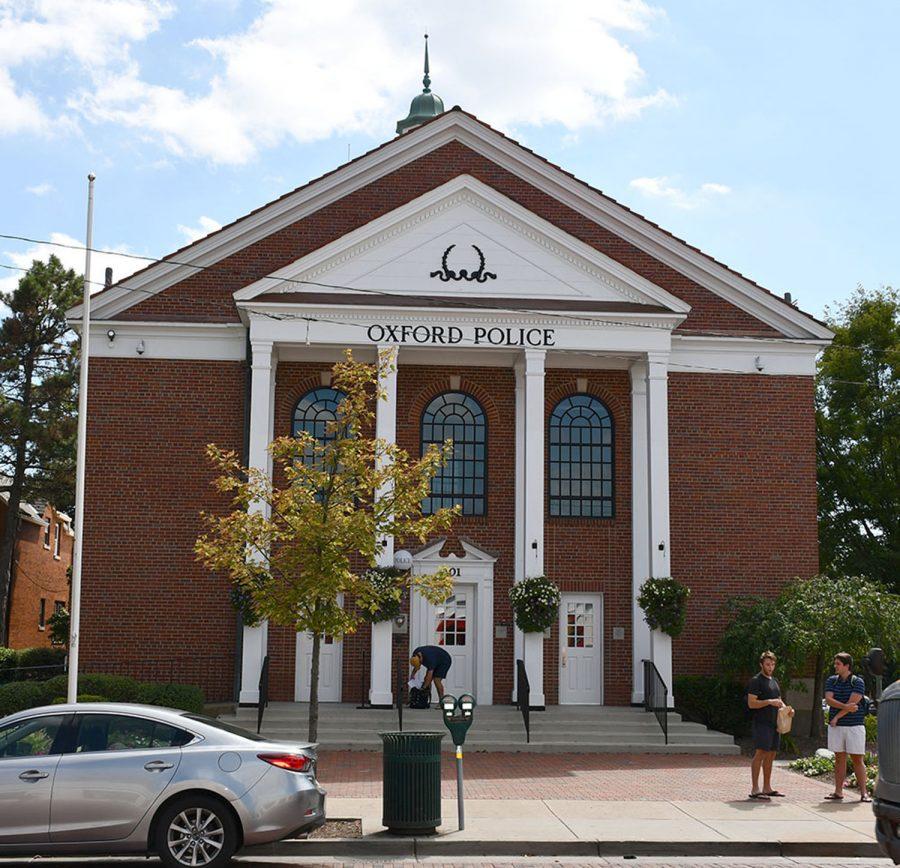 The city of Oxford and the Fraternal Order of Police have adopted a fact finders report settling a new three year contract between the city and police union. Observer file photo

After multiple rounds of negotiations, the City of Oxford and the Oxford Patrol Officers Fraternal Order of Police Lodge 38, accepted a fact finder’s recommendations and settled a three-year contract this week.

The labor agreement between the city and union calls for submitting unresolved points in negotiations to an independent fact finder, who evaluates the positions of the two sides and makes recommendations. If one or both sides does not accept the fact-finder’s report, the impasse then goes to binding arbitration.

Arbitration was avoided when city council adopted City Manager Douglas Elliott’s recommendation at the June 16 council meeting that fact-finder Tobie Braverman’s report be accepted. The report, issued June 12, already had been accepted by the union.

Key areas of dispute resolved by the fact-finder were the use of part-time officers and wages. The union represents the 18 current full-time patrol officers in the department and two vacant patrol positions the city is trying to fill. The command officers are represented by a different union with a separate contract.

The patrol negotiations focused on reducing the wage gap between the sergeants and patrol officers from 18% to 15%. The union argued that the gradual increase in student enrollment at Miami University in the past few years, and Miami’s intent to bring students back to campus a week early for fall semester, meant more work for the officers, according to the report. The city’s position was that it wanted to keep wages competitive and on par with other Butler County police forces.

The city was offering 1% annual raises and the union wanted an average of 4%. The fact-finder recommendation was to give the patrol union a 3% increase in each of the next three years. Over the course of the three-year contract, that raise will cost the city $138,780, according to the report.

In presenting the report to council on Tuesday, Elliott characterized the report as a fair compromise and recommended it be adopted, “even though it is more than we wanted to spend.”

According to Daniel E. Haughey, the attorney who has been representing the police patrol union for the past 15 years and past five contracts, negotiations between the city and the union have historically been positive.

Miami University returning to campus this fall had a very strong influence on the recommendations made by the fact finder. The school provides an additional 18,000 residents to Oxford during the school year and that is a reason why the union needs more favorable terms in the collective bargaining agreement.

“The Oxford economy lives and dies by Miami,” Haughey said. “The Miami students returning will bring business and financial backing for the City of Oxford.”