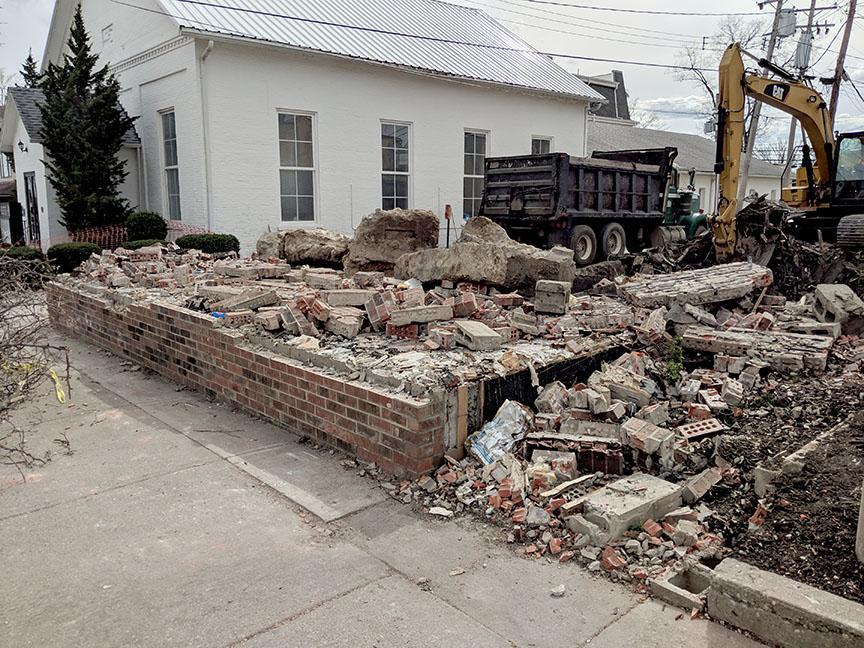 The building at 12 S. Beech Street that housed Chungxi Kitchen, destroyed by fire in November, under demolition this week. Photo by Rebecca Huff

Demolition of the Chunxi Kitchen restaurant, destroyed by fire on November 28, began Monday and by Thursday, all that was left at 12 S. Beech St. was a rubble-strewn lot.

Everyone in the restaurant at the time got out safely, but the three-alarm fire required assistance from Reily and Milford townships to help the Oxford Fire Department put out the blaze.

“It appears that it was a cooking fire that was unattended. It got out of control due to an inoperable cooking hood extinguishing system that had not been properly maintained,” Oxford Fire Chief John Detherage said this week.

What will replace the former restaurant is unknown.

“It will be restored as a grass lot. It’s up to the building owner to build something back,” said Sam Perry, Oxford’s community development director.

According to the county auditor’s office, Hamilton Construction & Services International, LLC owns the building. It hired Carrera Builders, a construction company based in Cincinnati, to handle the demolition.

Xiang Wei Ren, the owner of the restaurant business, could not be located for comment.

The Oxford Fire Department report estimated damage to the building at $226,840 and damage to its contents at $100,000, according to the fire report.