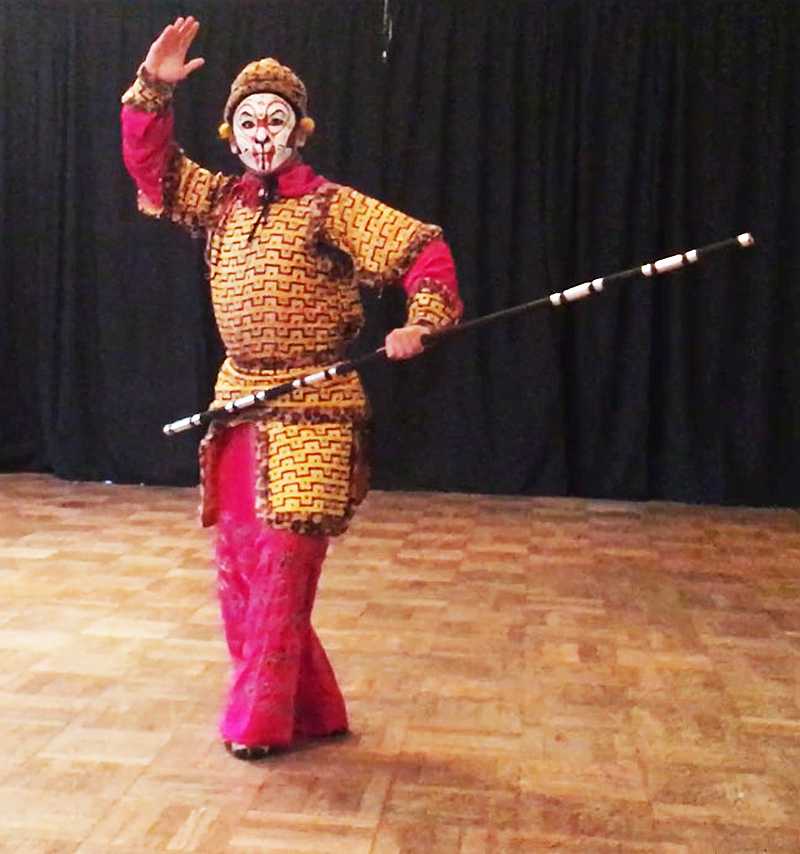 A traditional dance during the Jing-ju Opera performance Oct. 3 at the Oxford Community Arts Center. Photo by by Sherry Zhao

“Those are the most well-known operas for a lot of people,” said Yumin Wan, leader of the performing group.

The Jingju Opera, also called the Peking Opera, originated in the 19th century with opera artists from Beijing. In a premiere performance for the group, one dance Wednesday was combined with cello music.

Aside from the leaders were six performers. The cellist was guest musician Lihan Eliza Tseng, and the other five were opera students. It took more than two hours before the show to apply the whole-face make-up, members said.

Howard Blanning, who invited the troupe to perform in Oxford, is a retired theater professor at Miami University. He now teaches at the National Taiwan College of Performing Arts, and has done this kind of activity six times.

Blanning said the troupe comes to Oxford because the audiences here are “just great.” Miami students are joined by many people from surrounding areas who come to watch the show with their children. 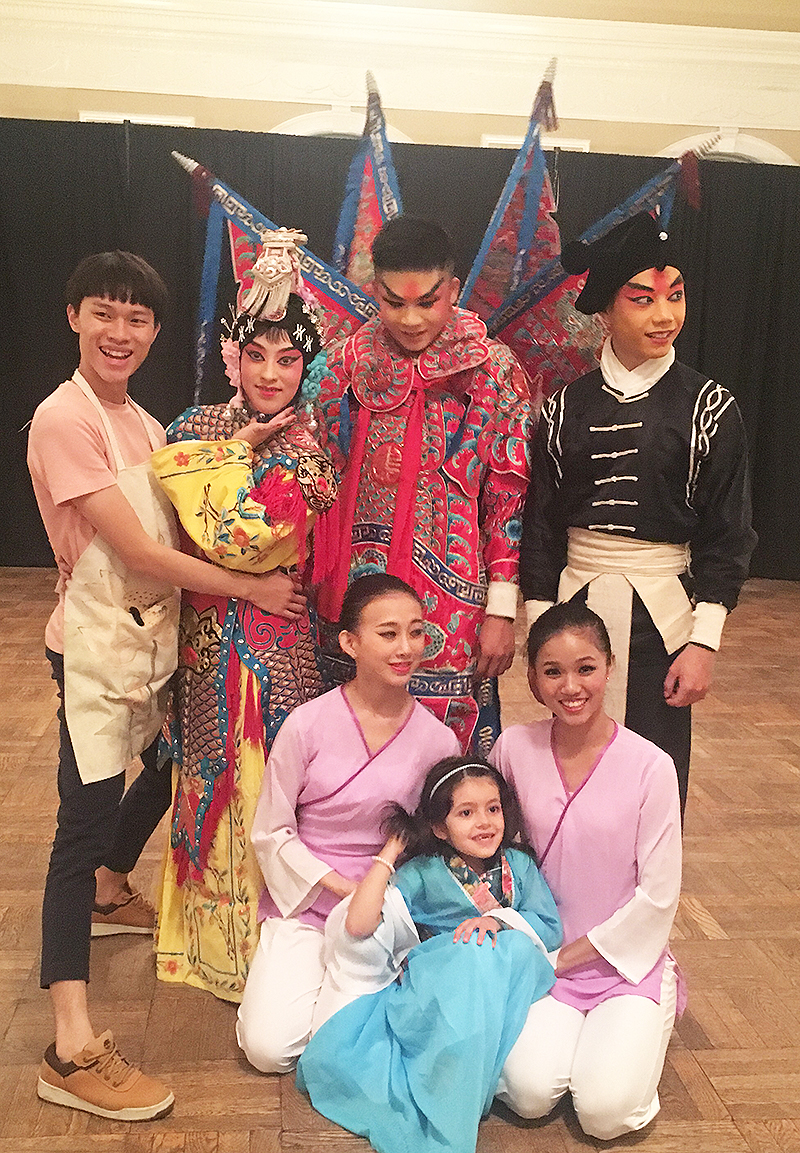 The traveling members of Jing-ju Opera pose for a photo after their Oct. 3 performance at Oxford Community Arts Center. Photo by by Sherry Zhao

“One of the nicest things about playing for very young children is that they don’t think it so much as Chinese opera. They think of it more as really pretty opera,” Blanning said.

“We want to show and share with them how beautiful our Chinese culture is,” said Wan.

Sometimes they have activities that let children apply makeup similar to the performers and learn simple Jingju Opera movements. Wan thinks it is one of the most meaningful parts of their performance.

“There is no boundary in art, and I would like to have more communication on it with this world,” Wan said.

Ying Han, a graduate student at Miami, watched the show with her daughter. Although she is from China, this was her first time watching a Peking Opera show live instead of on television.

“I think it’s very educational to the small kids here, about the traditional Chinese arts, especially my daughter,” Han said. “It should be very unforgettable for her.”