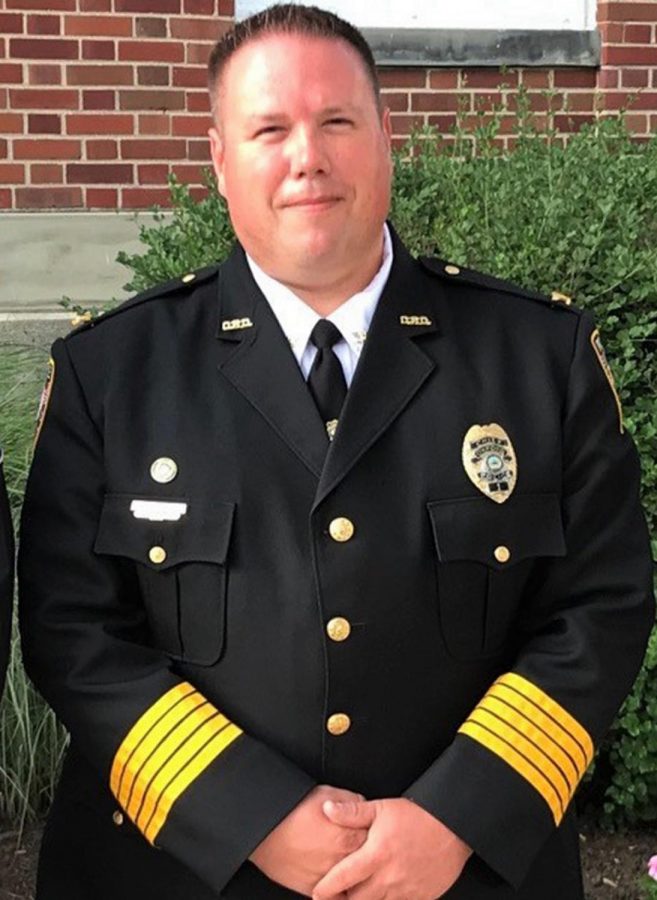 The protests against police violence in hundreds of cities nationwide had not yet reached Oxford on Monday, when Police Chief John Jones posted on Facebook what he thought of the May 25 killing of George Floyd at the hands of Minneapolis police officers.

“What I saw in the George Floyd video does not represent the values of OPD and was indefensible, unjust, and inexcusable,” Jones wrote on the OPD’s Facebook page. “The men and women who work here at OPD are disgusted by it and understand how much it sets back the progress we have strived for in our profession.”

The tactics of Minneapolis Police Officer Derek Chauvin, who placed his knee on Floyd’s neck for nearly nine minutes, ultimately killing him, have been the subject of intense scrutiny. In Oxford, questions rose from the hiring and training practices instituted by the OPD.

According to the city website, the OPD consists of five patrol supervisors, 13 police officers, three detectives, and three school resource officers in addition to a canine unit and civilian support operations.

“We recruit for diversity in ways beyond race, gender and ethnicity to include life experience and background,” said Jones, as recruits are subject to background investigations, polygraphs, and psychological examinations. “We hire men and women with good character and then train them for excellence.”

The police training academy program takes four months to complete and then 16 weeks of training for the OPD, working alongside specially trained officers (STO). During this time, Jones said it is vital for trainees to learn about the U.S. Constitution, the oldest governing document.

“We study constitutional policing, we train for it, we talk about how we deal with people that are exercising their rights,” said Jones in preparation of the protest that occurred in Oxford Thursday. “It goes to the fundamentals of policing.”

Readiness is only part of a police officer’s job. Building and maintaining relationships with the Oxford community is also an essential role, said Jones, made ever more important now.

“Making a positive connection and establishing a working relationship with our community have been priorities for OPD,” said Jones, listing opportunities for citizen engagement such as the Citizens Police Academy, Citizens on Patrol, and Coffee with a Cop, among others.

OPD has worked alongside the Oxford NAACP over the years with the goal of fostering a healthy racial relations environment, he said.

At the urging of the Oxford NAACP, the Police Community Relations & Review Commission was created in December 2015, the year in which Dylan S. Roof killed nine people at a black church in Charleston, South Carolina.

The commission, which meets four times a year, allows citizens to place official complaints and learn about new policies and standards that affect them and law enforcement. In 2019’s report, the commission planned to expand communication to new demographic groups in the community, asking about their perspectives on policing in Oxford and to join the National Association for Civilian Oversight of Law Enforcement (NACOLE).

Jones and Mayor Mike Smith will address the city during the vigil for George Floyd at 6:30 p.m. Monday, June 8. The event will be held at Uptown Park and organizers are asking attendees to practice social distancing and to wear a mask.

Jones said the organizers called the department, although they were not required to do so for the vigil, because they wanted the police to be involved and to voice their feelings.

“We certainly hope this terrible tragedy opens the lines of communication and we can all come to a closer understanding of each other,” Jones said. “We welcome the opportunity to talk, privately or publicly. Something good must come from this.