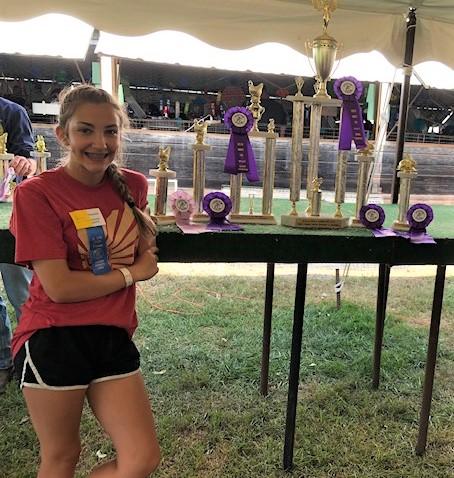 The annual Butler County Fair, which was canceled in May due to the coronavirus pandemic, has been rescheduled – with some modifications – for July 25 through July 31.

The general public will only be allowed into the fairgrounds, 1715 Fairgrove Ave., Hamilton,  after 5 p.m. each evening for games and food — no carnival rides. The fair will be holding the junior livestock events, but senior livestock and open-class events were canceled.

Doug Turner, president of the fair’s board of directors, said the biggest concerns for reopening were safety for the public and financial aspects for the fairgrounds. The organization began planning a modified fair back in March, while working on a smaller budget.

“We picked what we thought was the best plan,” he said. This includes requiring face masks for workers, maintaining social distancing and providing hand sanitizer and disinfectants for guests.

While there won’t be any rides this year, visitors can look forward to other events. The fair has a tractor pull Monday, July 27 at 7 p.m., and a demolition derby at 7 p.m. Friday, July 31.

But why hold the fair at all? Turner said the board wanted “to support the junior fair kids,” ages 18 and under. One of them is Justin Beckner, who graduated from Talawanda High School this past May and is relieved to know he’ll be able to show his hogs again.

“They’re probably some of the best pigs I’ve had,” Beckner said. He’s been showing animals since he was 6-years-old, but this is the last year he’ll be eligible to compete in the junior fair.

Another junior competitor is Kennedi Mondello. This will be her third year showing rabbits and chickens at the fair. The rising Talawanda junior showed the same animals last year, and won first place for each in the senior division of her events.

Mondello said she was “still hopeful” the fair would be able to happen when its cancellation was first announced. She said the whole atmosphere is enjoyable, and usually goes with her friends. She’s “absolutely” looking forward to going this year.

The Butler County Fair was first held in 1851. County fairs began as a way for farmers and their families to show off their livestock, vegetables and other agricultural products. The same activities are held today, but with the addition of food vendors, games, rides and music.

“The kids work really hard for their projects,” Turner said, “and we wanted to support them as much as we could.”

While livestock auctions won’t be held this year, visitors can donate to the competitor of their choice, and to the fair overall, via an online form available on the fair’s website.

The Ohio Department of Health released guidelines for the reopening of fairs at the beginning of the month. Ohio Gov.Mike DeWine recently signed an executive order granting $50,000 to any fair that holds a junior fair this year. The goal is to support members of Ohio 4H clubs and Future Farmers of America.