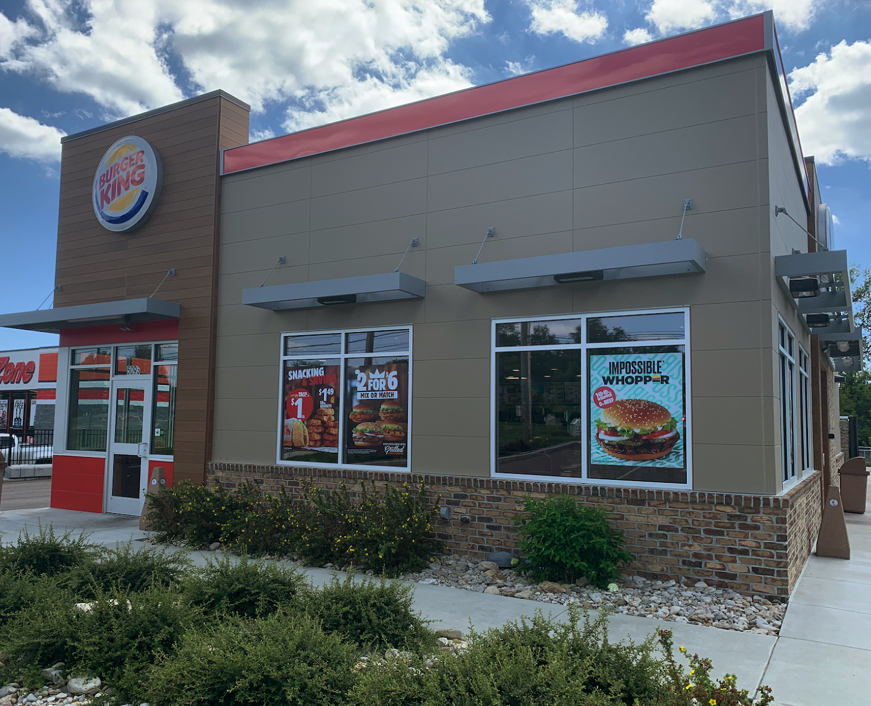 The Burger King on College Corner Pike now offers a meatless option to their traditional Whopper. Photo by Mallory Hackett

The Impossible Burger —a vegan substitute for beef burgers being marketed to several restaurants and retailers nationally—has arrived in Oxford as an option on the menu at Burger King.

The Impossible Whopper, a meatless version of Burger King’s most famous sandwich, has been available at the fast food eatery on College Corner Pike since August.

The meatless patty is supplied from Impossible Foods and consists of soy and potato proteins, heme, coconut and sunflower oils as well as methylcellulose and food starch. It was created to allow people to enjoy the flavor of meat and all that comes with it, without reliance on animal agriculture, according to Impossible Foods’ website.

Impossible Foods markets its burgers to other chain restaurants, including Red Robin and White Castle, but as of now, Burger King is the only place to bite into one in Oxford.

Burger King began limited-time offerings for the meatless burger after a successful pilot test in the chain’s St. Louis area locations. Since then, the Impossible Whopper has been rolled out to more than 7,000 restaurants, with plans to have it in all of the chain’s outlets by the end of this year, the company said in a statement.

Nationally, the burger has been selling well and has brought in new traffic to the restaurant, according to a statement issued by Burger King spokeswoman Dori Robau.

The Impossible Whopper costs $5.59, compared to the original Whopper which sells for $4.19. It comes with all the regular toppings of a Whopper: tomato, lettuce, onion, pickles, ketchup and mayonnaise, all on a sesame bun.

Nutritionally, the two are fairly comparable. Despite the Impossible Whopper having fewer calories, grams of fat and cholesterol, it also has more sodium, carbohydrates and sugars.

Where the two are the most similar, however, is taste. 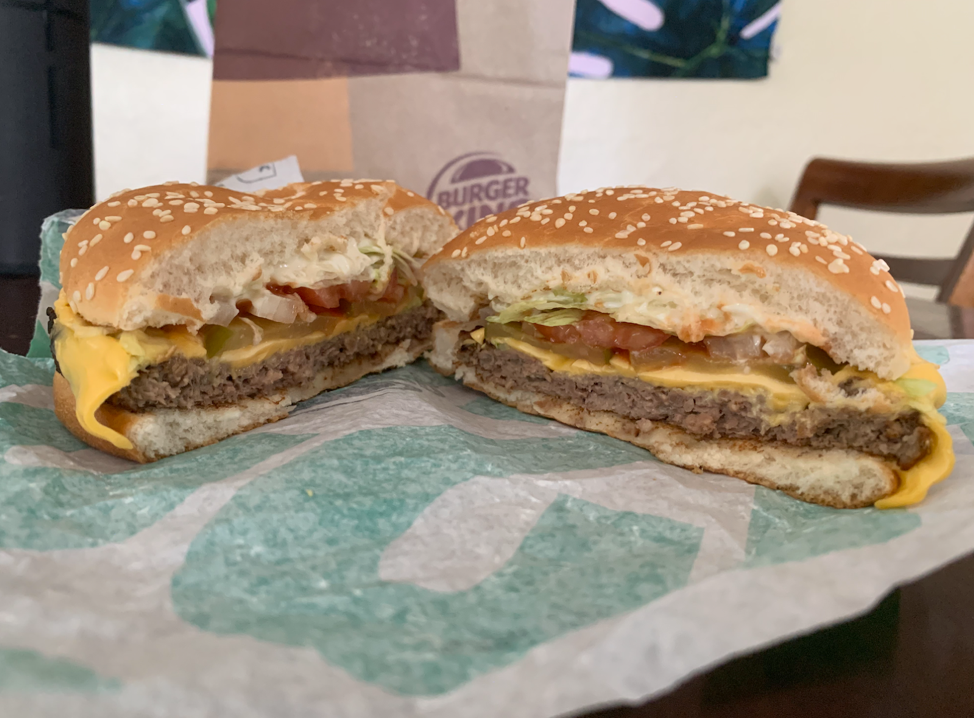 The toppings and the bun are all the same, but the “burger” has no meat in Burger King’s “Impossible” Whopper. Photo by Mallory Hackett

The first time Claire Brauer, of Oxford, sank her teeth into the Impossible Whopper, her eyes widened while she nodded her head with enjoyment.

“I was surprised that it tasted like a real burger,” said Brauer, a life-long meat eater.  “It honestly tasted like any other burger I’ve had before.”

As for other meatless burger options in the area, there isn’t much to offer, according to Olivia Nester, a senior at Miami University who has been vegan for two years. The closest restaurants that offer Impossible Foods’ meatless product are White Castle and Red Robin – in Hamilton and West Chester, respectively.

“Scotty’s Brewhouse (in Oxford) has a black bean burger,” she said. “So now, there and Burger King are the only places I can get a veggie burger around here.”

The fact that it is the only option is not the only reason Nester said she would get the Impossible Whopper again, however.

“It had a really good flavor,” she noted. “It tasted like something you would get at a nicer restaurant.”

The only downside for her? She can’t eat it more often.

“I’ll definitely have to save it for special occasions,” Nester said. “I can’t make eating burgers a habit.”