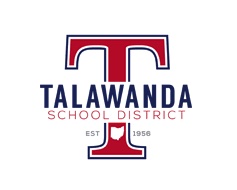 At Monday’s meeting of the Talawanda school board, Superintendent Ed Theroux responded to complaints about a teacher accused of inappropriately touching students at Talawanda Middle School by saying the district’s response was governed by “Title IX.”

The teacher, suspended with pay, has not been fired or charged with a crime, although Oxford Police have confirmed that the case is under investigation.

Title IX of the 1972 Education Amendments is a federal civil rights law, a policy enacted to protect staff and students from discrimination on the basis of sex. Every public school, including Talawanda, must comply with Title IX to receive federal funding.

One facet of Title IX is the process schools must undergo when a student reports sexual harassment or assault, according to the Talawanda Schools website.

When a student makes a report to school staff, that staff member must then file a report with the district Title IX coordinator. For Talawanda School District (TSD), there are two Title IX designated coordinators: Dennis Malone and Stephanie Jones. There are two additional trained staff members, Talawanda Middle School Principal Mike Malone and Superintendent Theroux.

Talawanda’s policy says while there isn’t a restriction when people can file a complaint, it urges them to file their complaint as soon as possible so witnesses can be found more easily.

“Initiating a complaint, whether formally or informally, will not adversely affect the Complainant’s employment or participation in educational or extra-curricular programs,” the policy reads.

The policy allows complainants to concurrently file criminal charges, even while the formal complaint with Title IX is under investigation.

After making the report, the Title IX coordinator has two days to contact both the complainant and their legal guardian if the student is under 18 years of age. During this meeting, the coordinator can offer supportive services to the complainant.

In the case of the alleged harasser being another student, the district can assess if that student poses a risk to the safety of others and could choose to remove them.

If the alleged harasser is a staff member, the policy states, “the District may place the Respondent on administrative leave during the pendency of the grievance process.”

Once a formal complaint is filed, TSD’s policy says the district “will seek” to conclude the “grievance process” within 60 days. The Title IX coordinator must send written notice to all parties. The notice must include the Board’s grievance process as well details of what is known of the complaint.

During the investigation process, the district will take over.

“…the burden of proof and the burden of gathering evidence sufficient to reach a determination regarding responsibility is on the District, not the parties,” the policy reads.

During the investigation, both parties have the right to present witnesses and other inculpatory and exculpatory evidence. They may also have an advisor, including an attorney present.

Both parties can review and respond to the evidence the district has brought up. Investigators will then create an investigation report.

If the employee is found responsible, the Title IX coordinator must inform the superintendent who will then carry out disciplinary action. The consequences include oral or written warning, and suspension or termination.

After this determination, either party can file for an appeal. Appellants can claim there was conflict of interest from the investigators, there is new evidence, or something was done outside of the Title IX policy and procedures.

The final determination can not be challenged.

During this entire process, no board member, employee or student is allowed to intimidate, threaten or discriminate against any individual or party involved.