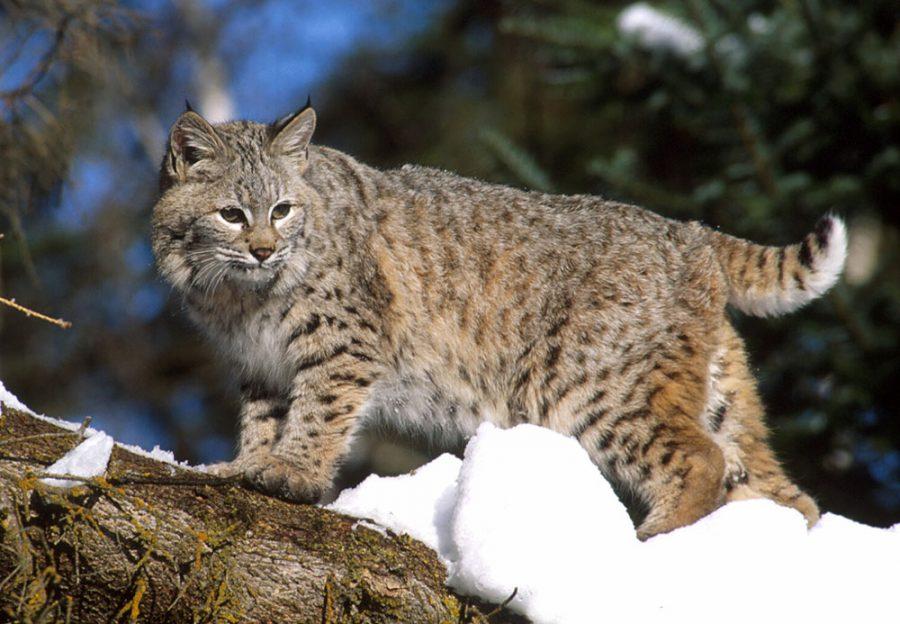 Once almost gone from Ohio, bobcats have been making a comeback in recent years. Photo courtesy of the Ohio Department of Natural Resources Division of Wildlife

Bobcats were absent from Ohio for around 140 years, beginning around 1850, said Katie Dennison, a biologist with the Ohio Division of Wildlife. Settlers prized them for their fur and forests were cut down for farmland.

“Bobcats historically occurred throughout most of the state,” Dennison said. “After European settlement, they were extricated from the state, so there weren’t any left.”

But around 1990, bobcats began to return to the state. One thing that played a role in the bobcat population increase was the conversion of some farmland to forest.

“They began to naturally recolonize the state, that began in the early 1990s,” Dennison said. “But really, the population began to recover and expand after 2000. That’s a combination of increasing populations in neighboring states (who would then move into Ohio), and better habitat in Ohio.”

And people have noticed the re-emergence of the bobcat. Although there’s no good estimation of the bobcat population in Ohio, residents began to frequently report them starting in 2012. As of 2017, there were around 500 sightings in the Buckeye State.

Some residents have recently complained of bobcats in the Oxford Talks Facebook group. According to one, a bobcat tried to attack her two Jack Russell Terriers at her home near Reily.

But Dennison says they’re not a concern for humans. Just keep your small pets away from them.

“Bobcats are typically pretty wary of humans, so they don’t really want to have much to do with us,” Dennison said. “Typically there’s not a large amount of concern if a bobcat’s in your yard.”

“They might be curious, but they don’t want to get close.”

Bobcats are predators when it comes to food, but they aren’t picky, Dennison said.

“They’re an ambush predator, they rely on having some cover around. They’re also opportunistic—if there’s a really good opportunity for them to get a meal, they’re going to take advantage of it,”Dennison said.

Bobcats do sometimes target small pets that are left outside, but often, they end up eating squirrels, rabbits, and birds that hang out on the ground a lot—turkeys, for example. They also eat a lot of deer.

“One deer could last them a long time,” Dennison said. 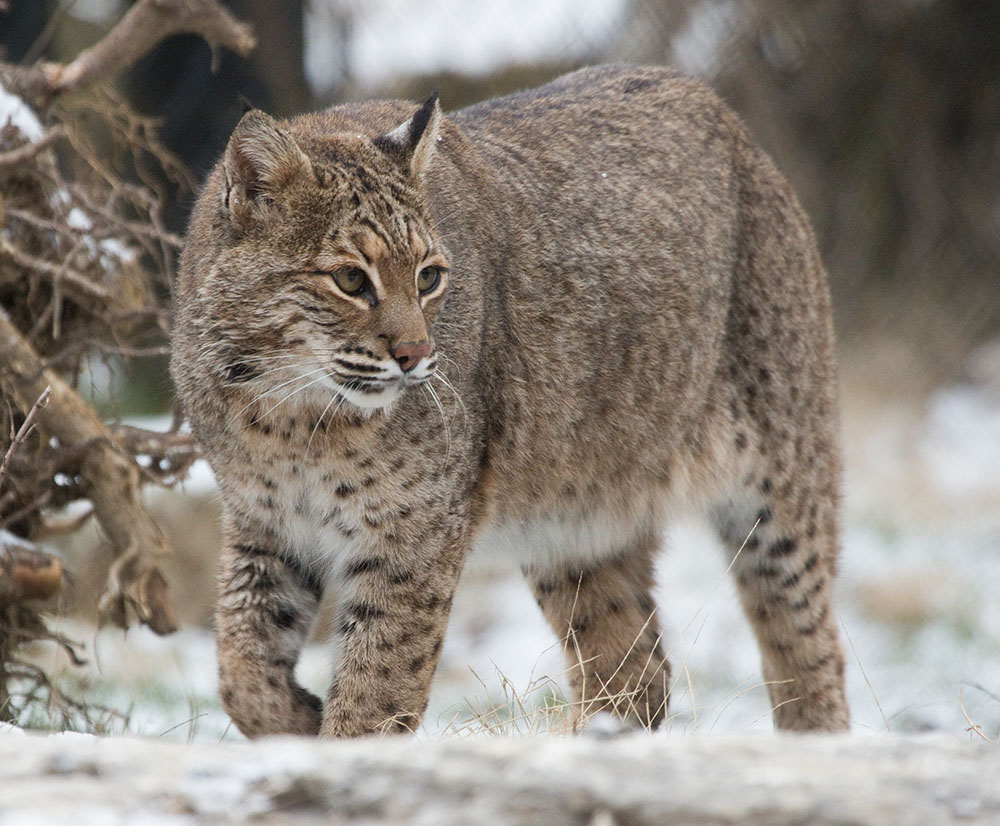 Bobcats are probably more afraid of people than citizens are of them. Photo courtesy of the Ohio Department of Natural Resources Division of Wildlife

Bobcats aren’t very large—males are around three feet long and 20-30 pounds, and full-grown females can be as small as two feet long and 11 pounds.

When bobcats are born, the 2-3 kittens grow up with their mother, Dennison said. Other than for kitten rearing, bobcats will live alone. Each bobcat has a home range that functions as its hunting ground.

“They leave their mother’s home range before she has kittens the next year,” Dennison said.

“It’s something that could be proposed in the future if our monitoring and research tells us that’s a stable opportunity we can provide,” Dennison said.

The Ohio Division of Wildlife encourages people to report bobcat sightings on their website.