Board Eliminates Pay-to-Play Fees at Talawanda 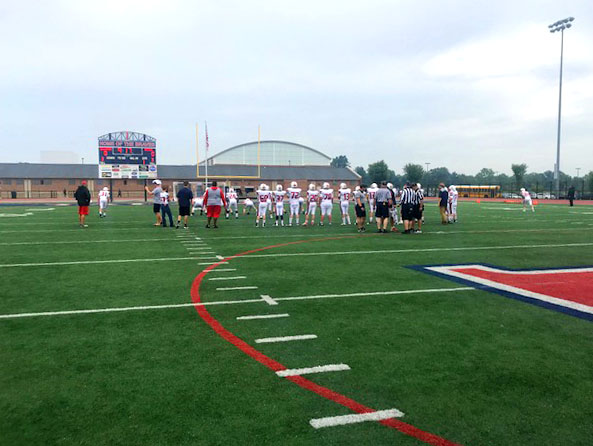 The Talawanda Board of Education eliminated its pay-to-participate fees for sports and other extracurricular activities during its board meeting Aug. 20. The change goes into effect immediately.

The 3-0 vote came in response to concerns expressed by a group of district parents at a school board meeting last spring. The parents said they were concerned that interest and participation in school athletics was declining in the district, and that pay-to-participate fees might be contributing to that trend.

“[The board] thought it was something that was holding students back from participating,” board member Chris Otto told the Observer. Board members Mark Crowder and Mike Butterfield abstained from the vote because they have children participating in the affected activities.

Earlier this summer the district sent out a survey for parents to complete about the fees. Among 626 respondents, 55 percent said that if the fee were eliminated their children would participate more.

Pay-to-participate is a school district’s decision and is not required by the Ohio High School Athletic Association. At Talawanda, the fees were implemented in the 1990s, at a time when the district was experiencing a financial crisis.

Cutting the participation fees will cost the district around $97,000 based on last year’s collections, said Mike Davis, Talawanda district treasurer. That is just under 14 percent of the total $700,000 budget for athletics. The district is now in better financial shape than it was when the fees were first implemented and the revenue they produced can be replaced with money from the district’s general fund.

Talawanda was on track with the state average for participation fees, which is $140 per participant, according to the Ohio High School Athletic Association.

“We hope that the schools that do have pay-to-participate keep fees down,” said Tim Stried, OHSAA’s director of communications.

As for other concerns expressed last spring about a perceived decline in the athletic program, athletic director Wesley Cole said earlier this summer that Talawanda won seven Southwest Ohio Conference championships during the 2017-18 school year. Last spring the district had two Southwest Ohio Conference Athletes of the Year and 13 students awarded honorable mentions.