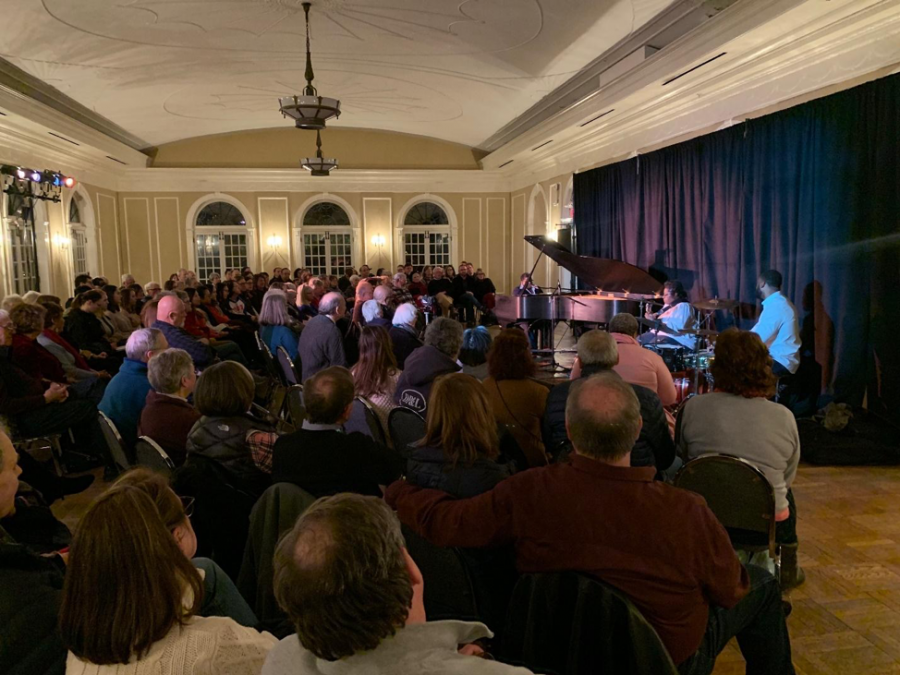 Tammy Kernodle and The Company prepare to start the show at the Oxford Community Arts Center. Photo by Josiah Collins

Tammy Kernodle and The Company celebrated the history of African-American music as part of Black History Month at the Oxford Community Arts Center’s Second Friday event on Feb. 8.

Drummer Robert Wilson, bass player Tanya Cox and pianist/singer Tammy Kernodle have performed together for almost 15 years. When the doors to the event opened, the room flooded with people who appeared excited to see and hear the group perform.

Kernodle, a professor of music at Miami University, sang selections of the jazz and soul variety that highlighted many historic African-American figures. She paid tribute to Harriet Tubman by singing “Trouble in the Waters,” and honored Billie Holiday by performing an original song titled “Blues for Billie.”

She shared stories from her childhood and reminisced with the audience about their first experiences of love, which led into a set of romantic numbers. One of the songs was Aretha Franklin’s “Natural Woman,” and other artists sampled were Donny Hathaway and Roberta Flack.

Much of the performance called for the audience to join in, clap and sing along. “I just wanna have a good time tonight. Can we do that?” Kernodle said before asking the crowd to sing along with her.

Throughout the night attendees engaged with the show and cheered during the songs. At one point they even rose to their feet and danced along to the music.

Once the show ended, the crowd cheered and chanted, calling for an encore.

After a few minutes of cheers, the group performed one last number, “Untitled Jam,” which Kernodle later said they came up with on the spot. The group stayed after the show and embraced many community members who thanked them for the display they put on that night. “Those were sounds I never heard before!” said Sally Southard, a long-time Oxford resident and sponsor of the music for the night.

The next Second Friday is scheduled for March 8. 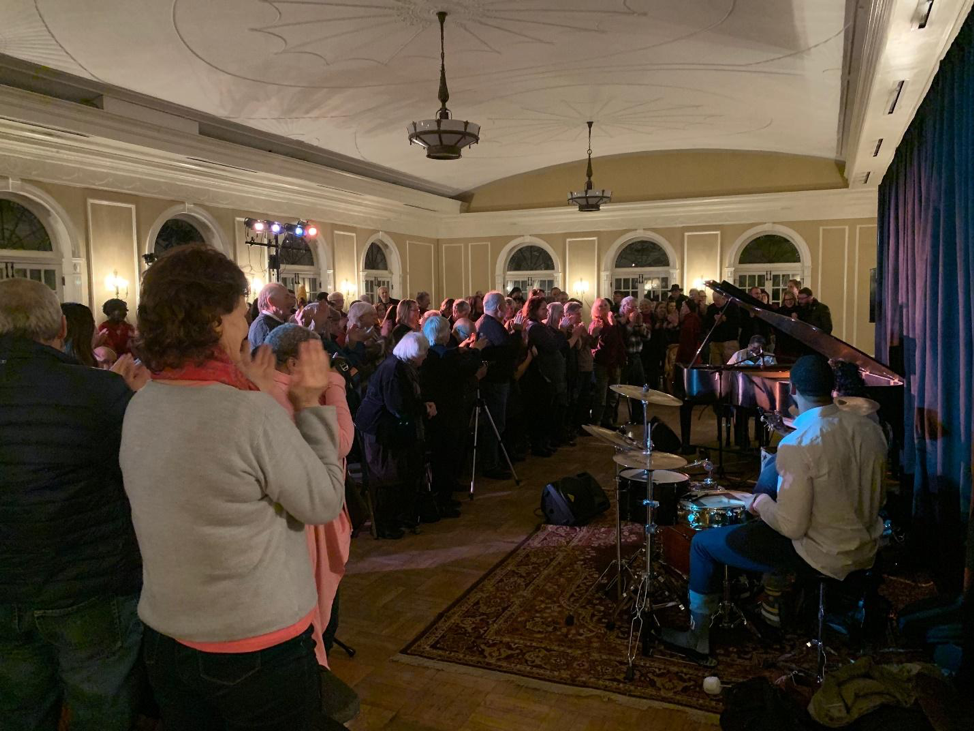 The crowd gave a standing ovation after Tammy Kernodle and The Company finished their performance at the arts center’s Second Friday show. Photo by Josiah Collins