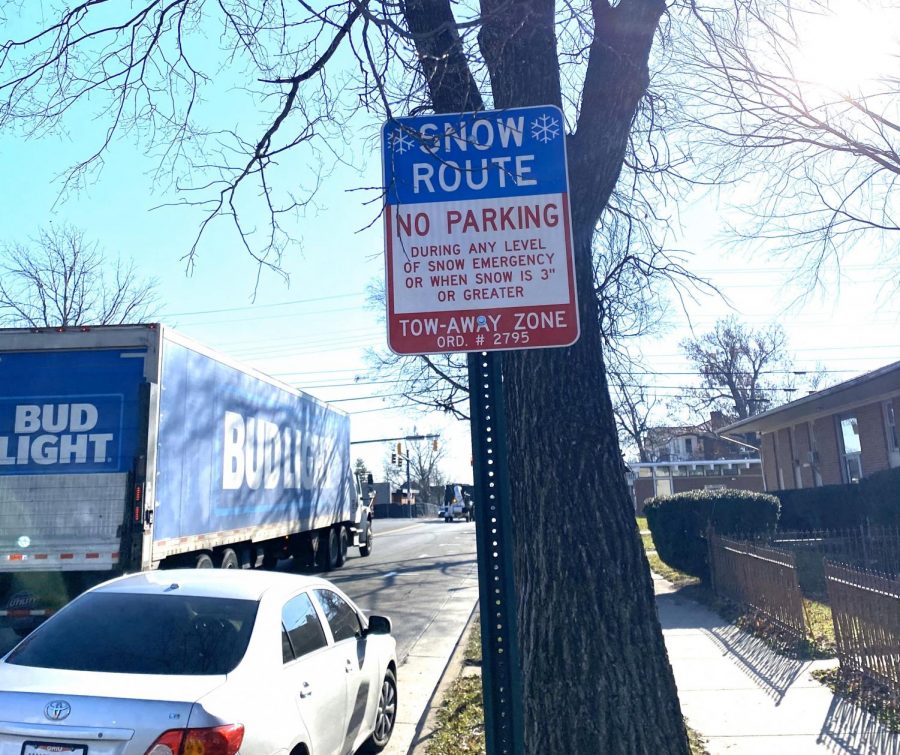 Signs, such as this one on N. College Avenue, warn residents of Oxford not to park on certain streets during snow emergencies.

Winter is upon us here in Oxford! The city has a number of rules for residents regarding the winter weather and snow.

Vehicle owners are responsible for ensuring their vehicles aren’t in the way of the snow plows on the snow removal route. Vehicles parked in the square area of Sycamore Street east to Patterson Avenue and west on Chestnut Street to Locust Street need to be moved whenever snow accumulates to three inches or more.

In addition to the three-inch rule, vehicles must also be moved off the street during any snow emergency declared by the city.

If no emergency is called, vehicles may be moved back into the street after the roads have been cleared.

The Oxford Police Department will send email and text alerts via Nixle during snow emergencies and when snow accumulates to three inches. You can avoid tickets by signing up for the alerts here.