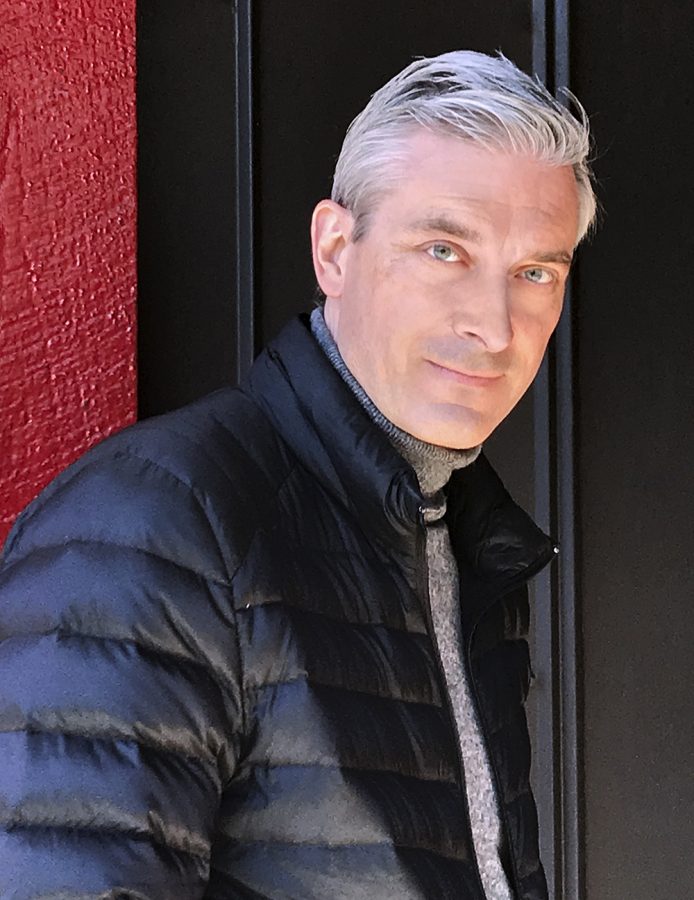 Author Bob Batchelor will speak on his new book, the Bourbon King, Monday at the Oxford Lane Library. Photo provided by Bob Batchelor

Bob Batchelor, a Miami University professor and author of “The Bourbon King: The Life and Crimes of George Remus, Prohibition’s Evil Genius,” is the featured guest of the Friends of the Oxford Lane Library’s annual meeting, which will begin at 6:30 p.m. Monday, Oct. 21.

Held in the Havighurst Meeting Room and open to the public, Batchelor will be discussing his  book, the 10h he has written. “The Bourbon King” runs from murder, to bourbon, to romance and money, and is published this month coinciding with the 100th anniversary of prohibition.

The book is about Remus, a lawyer who made millions manufacturing illegal whiskey in Cincinnati for pharmaceutical reasons, a loophole allowed under Prohibition. Remus hijacked his own trucks to sell whiskey illegally at inflated prices. He later killed his wife who had betrayed him, was arrested, defended himself and got off with a plea of temporary insanity.

“Events like the one at the Oxford Lane Library are a great way to get out among readers and interested listeners,” Batchelor said. “I really enjoy talking about the Bourbon King, hearing from smart audiences and listening to how people engage with the 1920’s and Prohibition.”

Batchelor teaches in Miami’s Department of Media Journalism & Film. His other books include “Stan Lee: The Man Behind Marvel.”

The event is part of the Friends annual meeting, where they discuss all of the things they accomplished for the library over the past year. Rather than having their normal meeting, they decided to combine it with a reading and book signing from Batchelor, said Rebecca Smith, manager of the library branch.

The Friends are a group of volunteers whose main goal is to raise community interest and support for the library. The money they have raised since their start in 1975, has gone to broadening the library’s services, supplementing its resources and advancing community outreach.

“They’re the best ‘friends’ anyone could have,” Smith said.

These donations have included musical instruments and sewing machines that can be loaned out; author visits and guest speakers, prizes for the youth and adult summer reading challenges, toys for the children’s department, a portable maker cart for Teens, Musical Afternoons, and the Book Bike.

“The Friends have monthly book sales the first Saturday of the month in the lobby of the library from 10 a.m. to 2 p.m.,” Smith said. “These aren’t discards from the library’s collection. These are books donated to the library by community members.”

These sales go to supporting and encouraging the community to read, and visit their local library. Plus, these books aren’t just ones that have been sitting in someone’s home. These include bestsellers, great non-fiction and fictional works and books that have been written by authors who have visited the library themselves.

In addition, the group is always looking for more “friends.” If you’re interested in being a friend, you can check out their brochure online.

The organization consists of meetings to network with others who share a similar interest in the Lane Library, volunteer work for their events and investing in a community resource you value.

‍Friends also attend members-only previews of their semi-annual book sales. This consists of getting to the library the night before, to comb and have first-pick through some of their best books for sale.