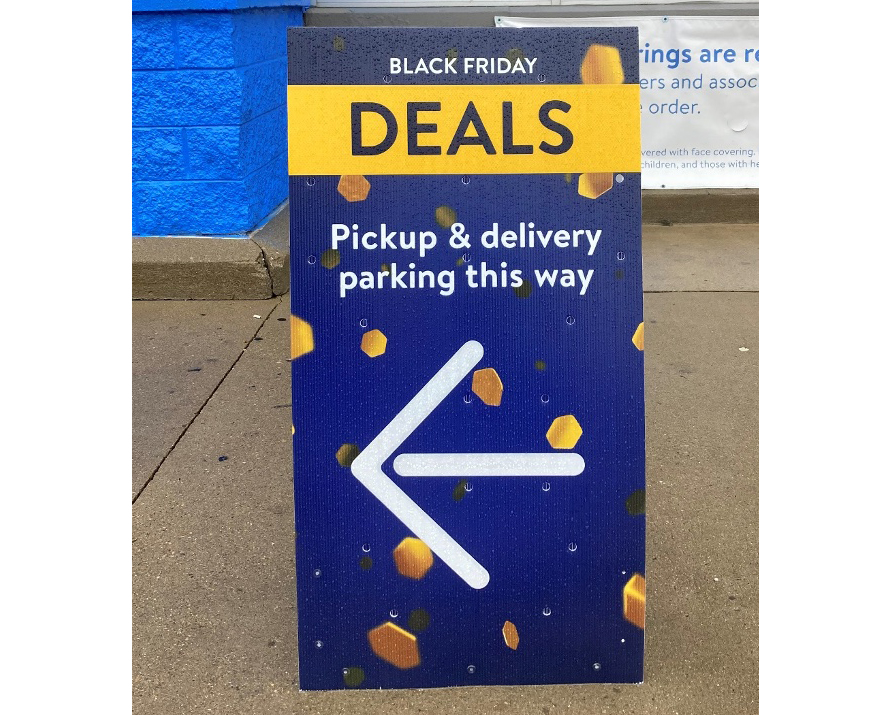 Walmart gears up for the Black Friday shoppers, set to appear at 5 a.m. on Friday morning.

As Thanksgiving week comes to a close, bargain hunters prepare for the biggest shopping weekend of the year with Black Friday, Shop Small Saturday and Cyber Monday offering the season’s best deals.

This Saturday, many small Oxford shops are participating in a localized Black Friday sale. Small Business Saturday is a celebration of shopping for discounted items at small and local businesses.

In Oxford, the Chamber of Commerce began promoting residents to “Shop Oxford First,” in 2011 and the event has been promoted annually for every Saturday following Thanksgiving. Businesses that historically participate in the campaign include Juniper, the Apple Tree, Walker’s Footwear and Apparel, Wild Berry, Luna Blue and MOON Co-op.

Juniper will have both a Black Friday and a Shop Small Saturday sale, and the Apple Tree will  have a giveaway if customers spend a certain amount of money, to be advertised in-store, according to local managers.

The Oxford Farmers Market will not be open Saturday.

The Farm Bureau of Financial Services explains that Small Business Saturday began in 2010 to help small businesses gain exposure and encourage consumers to shop local. The campaign was initiated by credit card company American Express and gained support from President Barack Obama in 2011.

According to History.com, the origins of Black Friday are darker than some may imagine. The term dates back to Sept. 24, 1869 during the U.S. gold market crash. At the time, Wall Street business gurus Jay Gould and Jim Fisk bought as much of the nation’s gold as they could to increase the price. This led to the Friday crash, which caused market prices to plummet and bankrupt virtually everyone.

The term now revolves around businesses being in “in the black” as opposed to being “in the red,” by the Friday after Thanksgiving, as so many people are shopping in the lead-up to Christmas. The black and red refer economically to having positive sale profits versus negative sale profits.

Retail giants such as Target and Walmart usually draw substantial crowds of consumers, with people sometimes waiting in lines that circle the stores. This year, many stores are straying from tradition and are opening in the early hours of Friday instead of at 9 or 10 p.m. on Thanksgiving Day. This is to allow employees time off to spend with friends and family for the holiday.

There has been an increasing need to shop locally worldwide as small businesses were, and continue to be, some of the hardest hit financial victims of the COVID-19 pandemic.