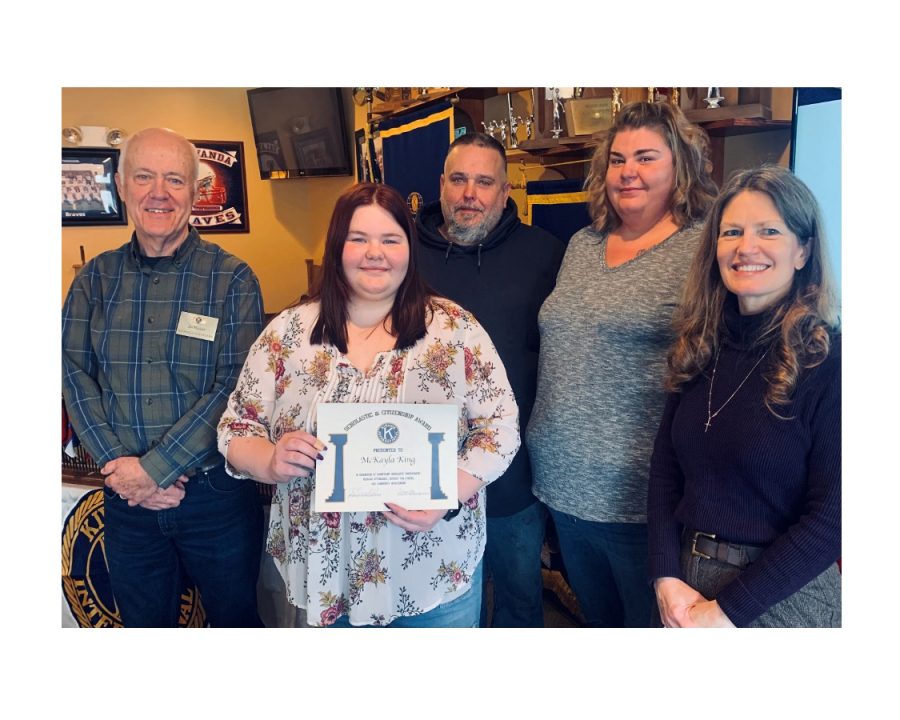 Photo provided by the Kiwanis Club of Oxford

The award recognizes students who have faced academic challenges and overcome them.

McKayla lost her mother at a young age and struggled academically during her freshman year, according to the award citation. Teresa Peter, THS counselor and Hope Advisor helped McKayla schedule time after school hours for extra help. Now McKayla takes ownership and proactively asks for help when needed, according to the award.

This year, McKayla earned a spot on the first quarter honor roll, while balancing working significant hours at McDonald’s. She has grown from struggling with her own hardships to helping other students going through similar situations, the Kiwanis announcement said.