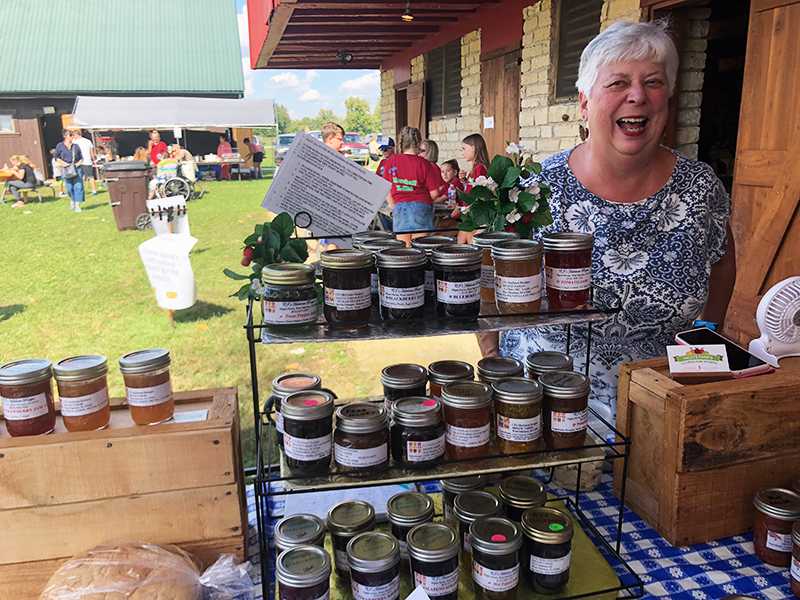 The air was warm and crisp on Sunday, Oct. 7, for one of Oxford’s most beloved fall celebrations: the Apple Butter Festival.

Underneath a tent in the Hueston Woods State Park’s Pioneer Farm, Nashville-based duo Garcia and Scott were playing. People sat at tables chatting and smiling while listening to the blend of rock blues and alt-country music.

About a hundred people roamed the craft and food booths at the festival, which was in its second day. Admission was $4, and the proceeds benefited the historic preservation goals of the Oxford Museum Association.

Each vendor was unlike the rest, offering wood carving or jewelry, glass installations or paintings, and even soap. And then there was food: jam, kettle corn, apples, a station for creating apple butter and then a tent for buying it.

Families and groups of friends walked through, sometimes tugging a dog along.

Jim Luester waited with a smile, a vendor who is among a close-knit group that sells here every year.

Luester, a woodworker from Batavia, Ohio, has been selling his wares at the festival for two years. He cuts the wood for his homemade signs, makes the wheelbarrows, and paints the sides. Many of his signs are designed for the upcoming holidays.

Tammy Luester, his wife, said their designs are mainly for fall and Christmas, but next year they will be branching out to spring and Easter.

They heard about the festival from a jewelry vendor who also sells here. 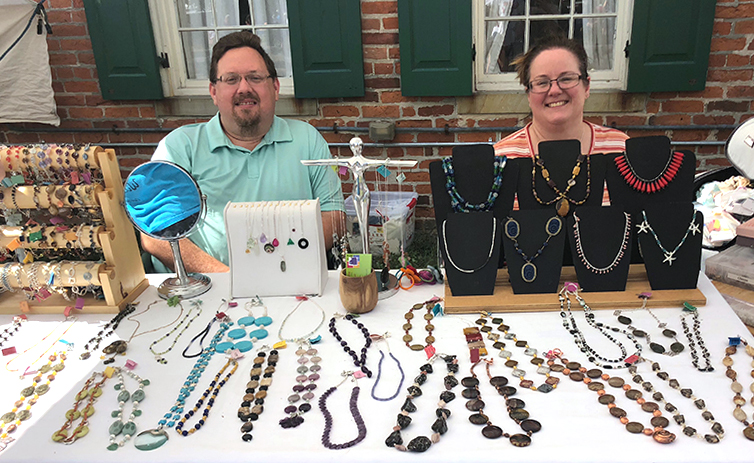 Kristen and Neal Lahndorff sell their handmade jewelry for the first time at the 2018 Apple Butter Festival. Photo by Tori Levy

Carol Hiatt and her husband, Ben, from West Harrison, Indiana, have been coming to the festival for four or five years. Ben is a woodcarver and creates earrings out of seeds and nuts, while Carol makes jams.

Her granddaughter has been coming with her to the festival for the past three years. Hiatt believes this day held the biggest crowd the Apple Butter Festival has seen since she started selling here. 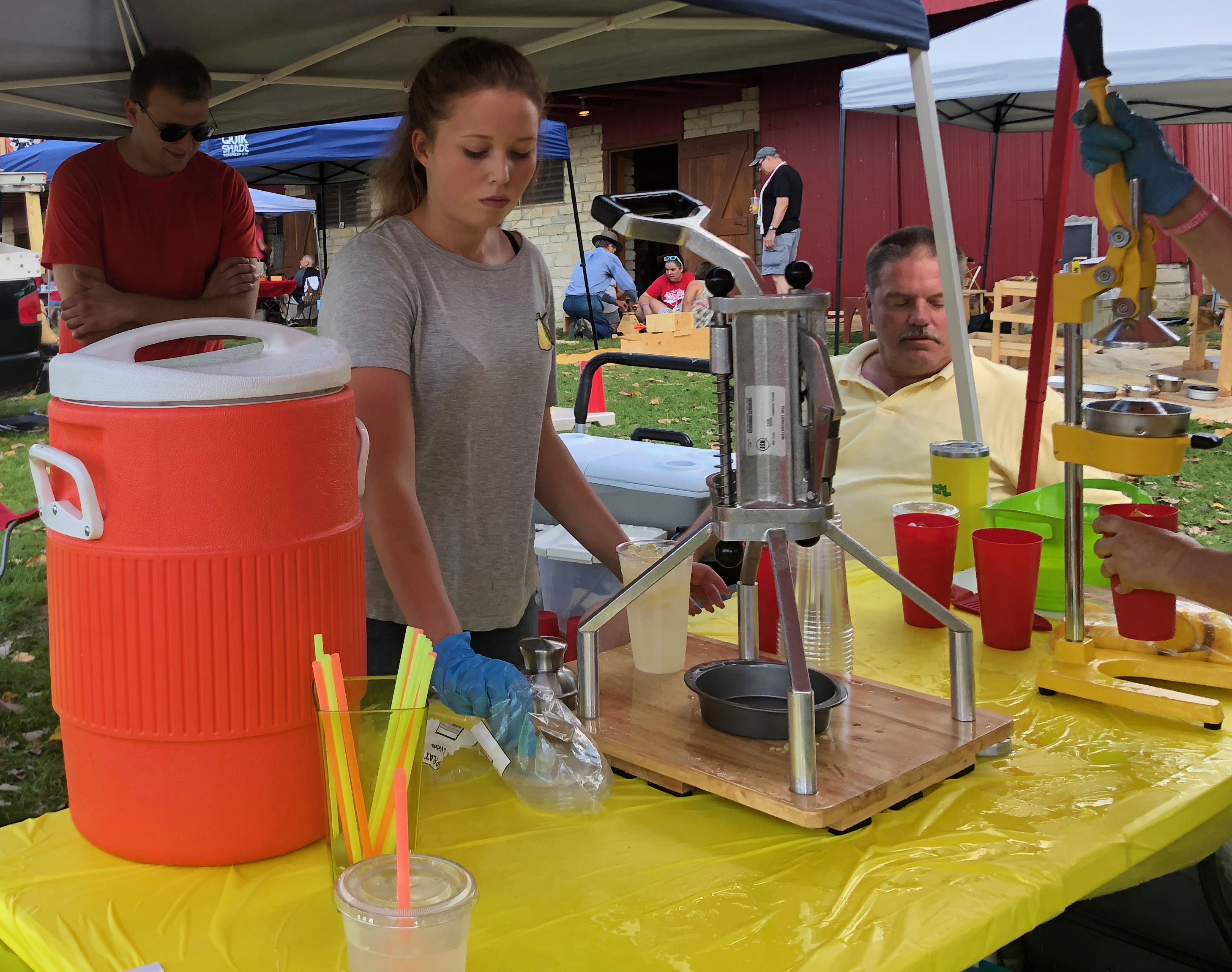 For Hiatt, everyone is close at the festival. “Everybody’s real friendly with each other, and we try to help each other,” she said.

Kristen and Neal Lahndorff of Hamilton, Ohio, were selling their handmade jewelry at the festival for the first time.

Kristen designs and chooses the stones, while Neal helps out with creating the chains. They started this crafting eight years ago, and their best friends are other vendors.

Tim Kappas, the owner of Lemon Girl Shake-Ups, is from Oxford. He and his wife have two daughters who both help them out. Their daughter Alli was creating the shake-ups, a kind of lemonade “cocktail,” and their other daughter was on an ice run.

They started selling their lemonade a year and a half ago. While they were selling their drinks at the Black Pony Kettle Corn stand, the owners suggested the Kappas open up a separate stand for lemonade shake-ups.

Now the vendors work side by side at many other festivals throughout the year.

Many vendors said they will return for the Apple Butter festival next year.