Annual Relay for Life canceled but its need continues 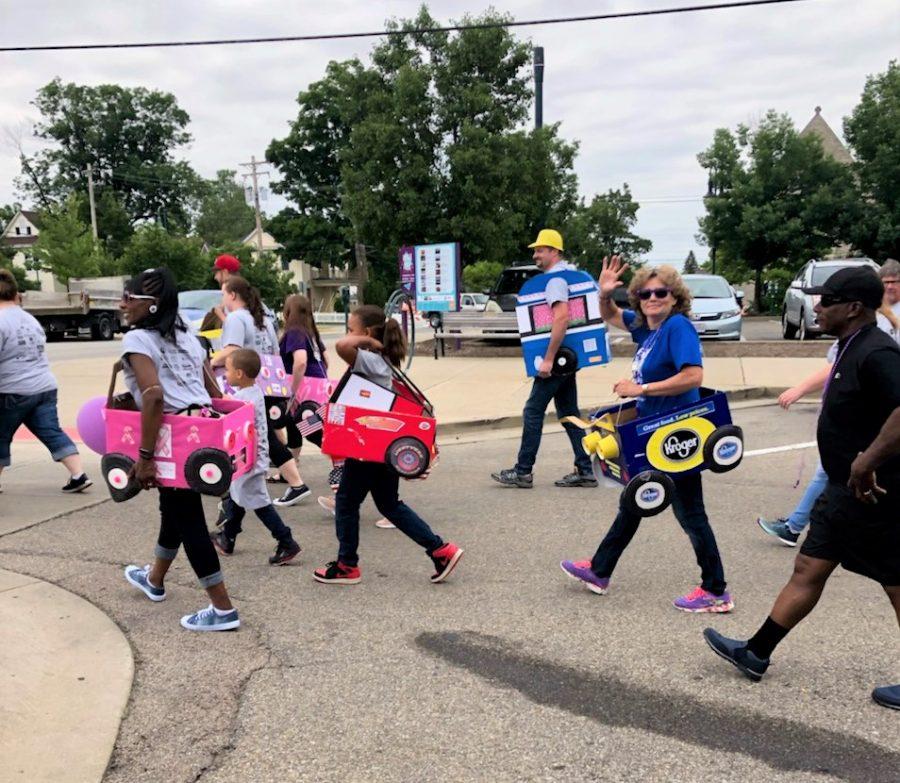 Oxford’s annual Relay for Life fundraiser for the American Cancer Society, scheduled for June 20, had to be canceled due to COVID-19. Unfortunately, the need for such an event never gets canceled.

“Cancer doesn’t just go away because there’s COVID-19 in the area,” said Lissa Martino, who has participated in past relays.

“That would’ve worked very well,” said Karen Martino, chairman of the event and mother of Lissa Martino. On the day of the relay, she would have been responsible for conducting the opening and closing ceremonies, as well as answering any questions and making sure everything runs smoothly.

The 12-hour event would have taken place in Oxford’s Uptown Park. Participants were to walk laps to raise money for the American Cancer Society. Teams must have at least one member walking at all times.

Aside from walking, there are usually booths for a silent auction, raffle baskets and split the pot, as well as activities such as a wings-eating contest and live music throughout the day. Karen Martino and others always arrive early in the morning to help set up and oversee the event.

Jennifer Lake’s preparations have always started earlier. A math teacher at Ross Middle School, she has been the luminaria chair for the event for the past several years. About two weeks before the event, she starts assembling what will eventually be the luminarias — candles in cups with the names of cancer survivors and victims written on them, to be placed around the track and lit at nightfall. 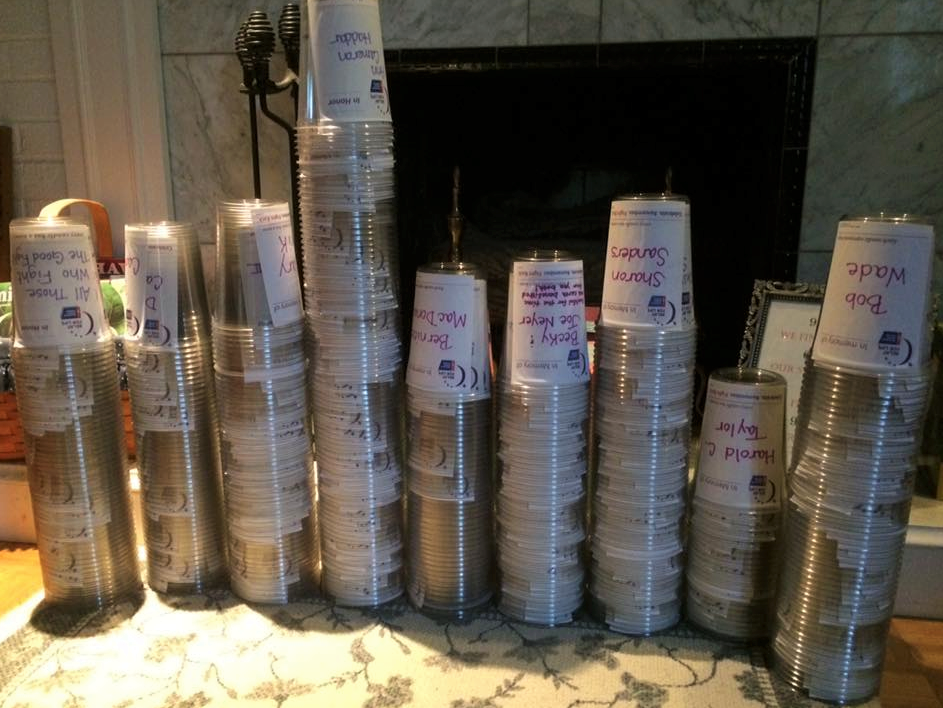 Cups with the names of cancer survivors and victims, used to make luminaria candles at last year’s event. Photo by provided by Jennifer Lake

Lake writes the names on the cups and tries to alphabetize them as best she can. Last year, over 400 luminarias were ordered before the day of the relay itself. After dark, a ceremony is held where somebody reads the names of cancer victims and survivors, and all participants take a silent lap in memory, their path lit by the luminarias. They’re a symbol of the community, too: Kroger donates the cups, Gardens by Kathy supplies the sand, and the former owners of ACE Hardware donate candles.

Lissa Martino always helps handle the money during relay day. She and other members of the accounting team set up a table in the community room of the LCNB Bank to collect and record donations. Each team has a bucket to put cash in and see how much they’ve collected. “It’s a pride point to be able to say, ‘my team raised this much,’” said Lissa Martino.

Judie Persinger has been one of the mission co-chairs for at least the past five years. During the event, her booth provides information about the mission of the American Cancer Society. Persinger has been involved with Relay for Life of Oxford for 15 years and says it’s “a large way for our community to raise money.”

And raise money they do. Oxford, the “small little town that it is,” as participant Sherry Bourquein calls it, raised more last year than the county-wide Relay held at Voice of America Park in West Chester — over $50,000. 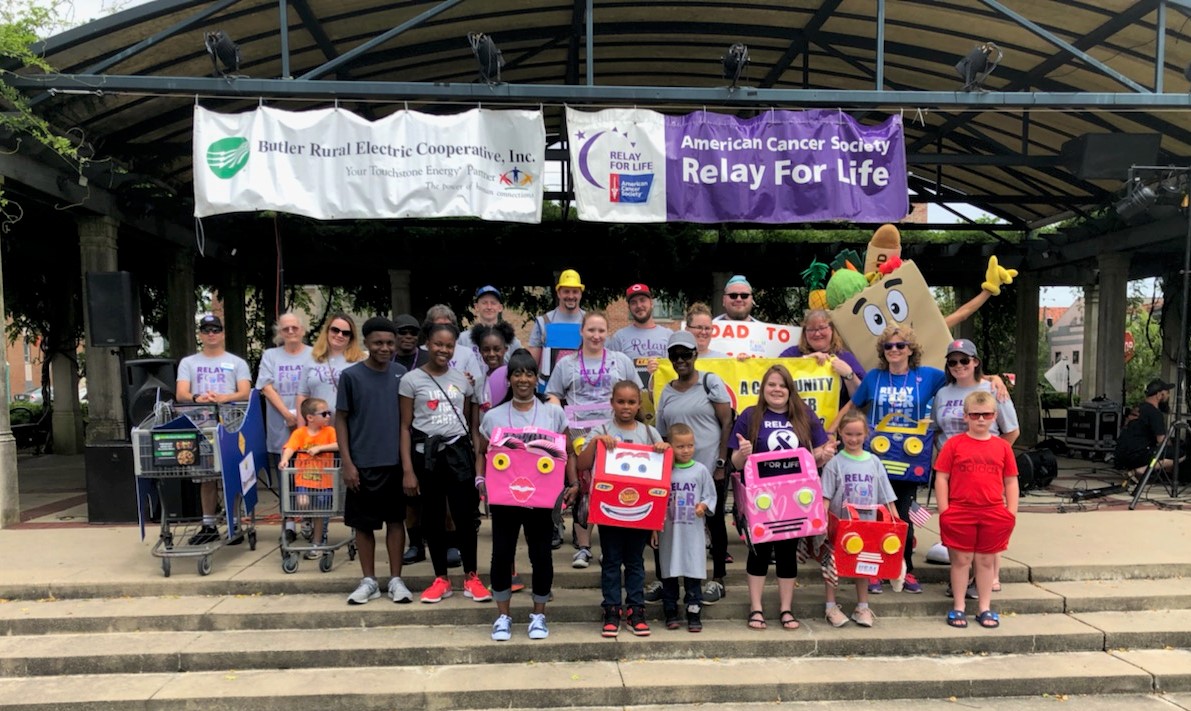 Members of the Kroger team in the Uptown Park Pavilion after last year’s Relay for Life. Photo provided by Sherry Bourquien

“It’s important to me and my family that we find a cure,” says Bourquein, the team captain for the Oxford Kroger location. She’s held the role since 2012. Kroger is one of the biggest fundraisers for the event and sponsors the split the pot activity. “Half of my basement is Relay for Life,” she said.

For all of the volunteers, canceling the event was a disappointment. “I feel it was probably the correct decision,” said Karen Martino.

But, “we still have people who are fighting cancer,” said Persinger.

While the walk has been cancelled this year, Relay for Life of Oxford is still accepting donations. Donations can be made through Relay For Life Oxford’s Facebook page or by visiting the American Cancer Society’s website and specifying that the donation goes to Relay For Life of Oxford. Individual teams are accepting donations as well. Bourquein held a fundraiser on Memorial Day inside Kroger selling hot dogs, hamburgers and wooden crafts. She plans to hold another fundraiser for the Fourth of July.

In the meantime, teams and individuals are honoring cancer survivors in their own ways. Lake plans to take a lap around the park and through Miami’s campus on June 20 with her family. Bourquein has raised over $6,300 this year so far, and plans to keep doing so.

“Cancer hasn’t quit,” Karen Martino said, so neither have they.