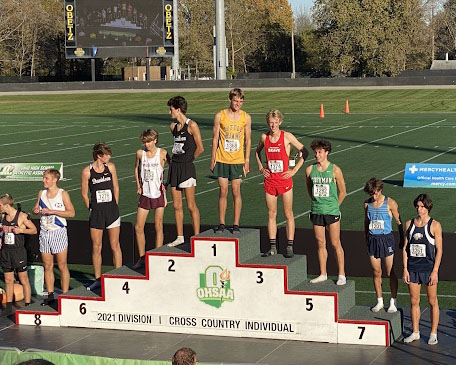 Kiefer Bell made Talawanda cross country history at the state championships, placing third in the boy’s Division I race this past Saturday, Nov. 6. Hannah Lippincott, of Talawanda’s girls team, placed 64th in the girl’s Division I race.

On the Friday, before the race, Bell and Lippincott were sent off by an assembly line of cheering students and staff and a serenade from the school’s marching band.

The performances of Bell and Lippincott at the state championships marked the end of Talawanda’s fall sports season.

The school’s winter athletic season is underway with two hockey games played and a hockey game and girls’ basketball game scheduled for the coming week.