Alcohol use increases as pandemic and unrest continue 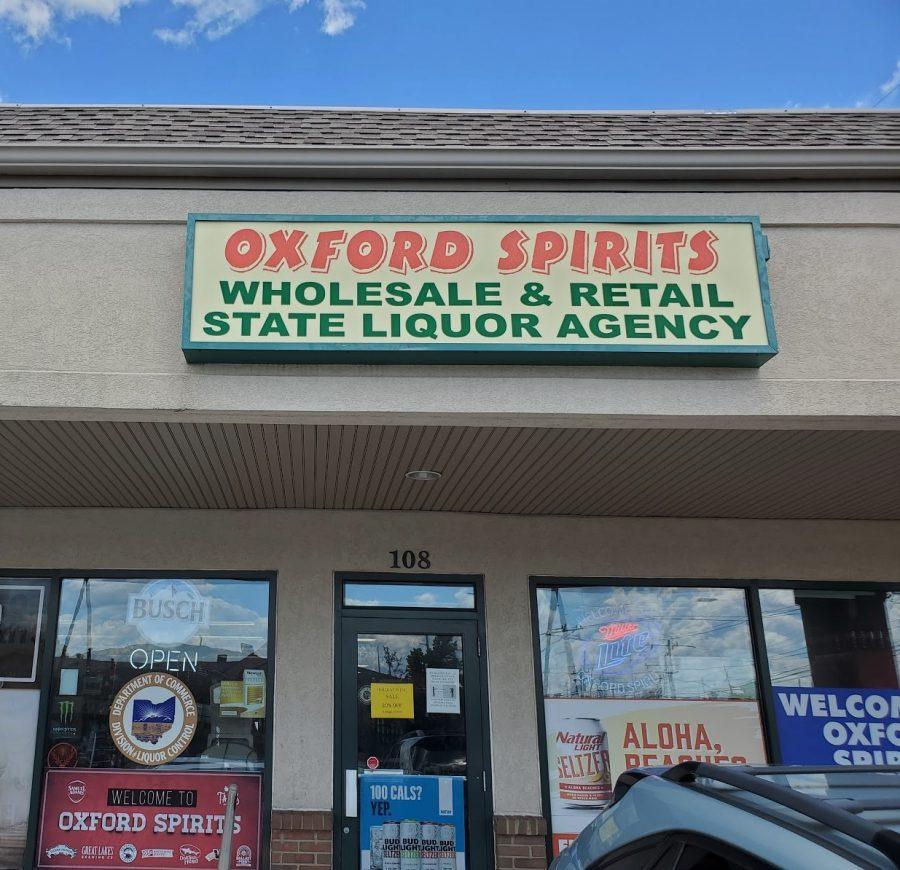 The owner of Oxford Spirits said business has been good, with increased foot traffic even with few students in town. Photo by Blake Boyd

The COVID-19 pandemic has been accompanied by economic fallout and businesses across the country struggling to stay afloat. But for companies selling alcoholic beverages, sales have jumped since the pandemic.

According to data from The Nielsen Corporation, in the third week of March, alcoholic beverage sales were up 54% in stores nationwide — and throughout the month of April, online alcohol sales were up over 400%.

Locally, Suresh Gadupari, owner of Oxford Spirits, 21 Lynn Ave., said that even with many Miami students leaving town, business has been good, with noticeably increased foot traffic from townspeople. While increased in-store and online sales could be partly attributed to bar closings during the beginning months of the pandemic, numbers show people are drinking more at home than they used to.

Rose Marie Ward, a Miami University professor of kinesiology and health, and interim associate provost and dean of the graduate school, who studies high-risk alcohol consumption and drinking behaviors, has been researching changes in drinking since the World Health Organization declared a pandemic March 15. Ward is measuring alcohol behaviors by using a program that counts Twitter mentions of high-risk alcohol consumption, like blackouts, and said there have been noticeable changes over the last few months.

“We’re seeing less people saving up the alcohol to do it in an event,” Ward said. “Instead we’re seeing every day of the week the same level of problematic drinking. Normally, when we’re following social media, we see peaks around spring break, weekends — Thursday, Friday, Saturday — but now every day of the week we’re seeing it’s pretty equal… They’re having it more frequently throughout the week instead of as one isolated event.” 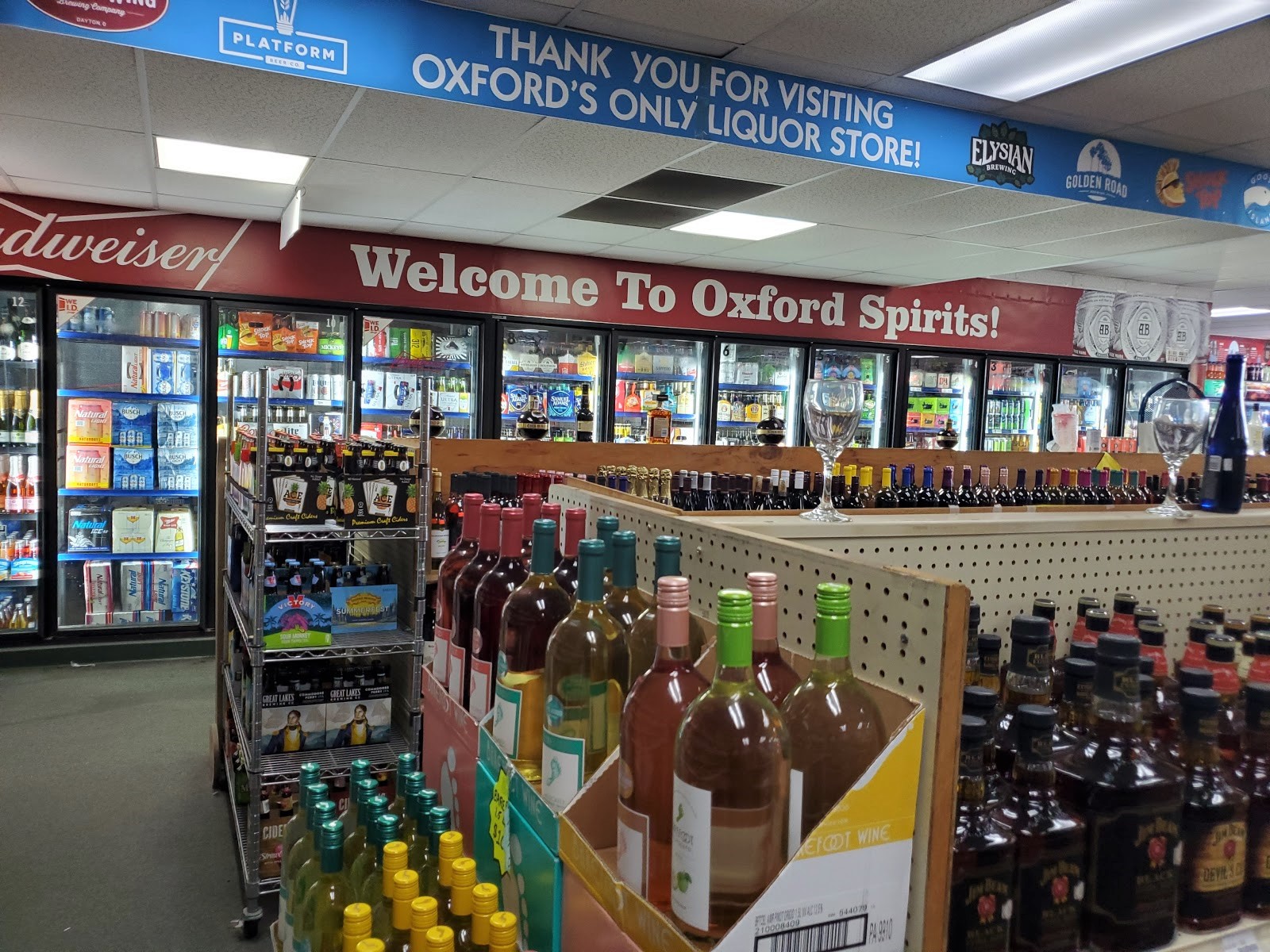 Alcohol sales have been up all across the country during the pandemic quarantines. Photo by Blake Boyd
‍

For people at higher risk of alcohol dependence, the environment could be especially problematic. A member of Alcoholics Anonymous involved in communications for the Greater Cincinnati region, who asked to remain anonymous because of the nature of the organization, said that out of 750 meetings held regularly in the area, about 600 are canceled due to the pandemic, with about 100 meetings still taking place virtually, and about 20 that are meeting face-to-face.

The member said he worries that without support structures like regular AA meetings, people could be at risk to relapse or have a progression of their alcohol dependence. “Alcoholics tend to isolate more and more in the progression of their disease,” the member said. “And now, this pandemic has forced isolation a whole lot faster… I know for me, if I was still drinking today, it would’ve escalated my disease. I would’ve thought ‘I don’t have to go to work now, so I’m not going to get caught and I can drink all I want.’”
Fewer meetings can mean loss of support
The member said attendance has been down in virtual meetings because people fear anonymity isn’t possible online. And he said that virtual meetings just aren’t the same as meeting face-to-face.

“I remember two days before my last drink, I went to a meeting,” the member said. “And somebody in the meeting — I was trying to talk, and I was kind of struggling to share something, I got so tore up — and somebody next to me just put their hand on my shoulder, like ‘It’s OK. Go ahead.’ And that touch meant so much… And we don’t have that (now).”

The member said Greater Cincinnati Alcoholics Anonymous has gotten fewer calls to its help hotline, despite meetings not being available and the uncomfortable environment caused by the pandemic.

Matthew McMurray, assistant professor in Miami’s department of psychology, who researches addiction, said he’s worried by the loss of support for people who deal with addiction. “The social support systems to help people recover from addiction are critical and the loss of that could have really catastrophic consequences,” McMurray said. McMurray, whose current research focuses on the opioid epidemic, said issues with opioid addiction and overdose have only gotten worse since the pandemic.

McMurray said people could turn to alcohol and drugs as a means to cope and addicts could be at greater risk to relapse, given the environment created by COVID-19, in addition to the ongoing racial tensions since the George Floyd police killing.

“When people lose employment, oftentimes they seek other comforts like drug usage, like alcohol usage,” McMurray said. “When people are stressed watching loved ones get sick, or dealing with the racial tensions we have in the country right now, a frequent place they turn is alcohol. And when people are social distancing and want to take advantage of what social interactions they have, they see the social enhancing effects of alcohol as a way to do that.”
Pandemics and social upheaval can have long-term impact
Ward said she has been comparing the current pandemic to other national and global disturbances like 9/11 and the SARS pandemic in her research. “There’s other major or sort of traumatic or pandemic events that show drinking that occurs around a high-stress event can actually have an impact five, six, and almost 10 years down the road in terms of people’s overall health and in terms of their potential for having alcohol dependence,” Ward said.

McMurray admitted he’s noticed changes in his own casual drinking behavior and said even increased drinking that doesn’t involve an alcohol dependence can have substantial consequences. “Even just thinking of our own personal health choices, the more alcohol we consume, the more impact it has on our own personal health,” McMurray said. “Even short of an alcohol use disorder… Think about empty calories you’re consuming for really no purpose, and the harm you’re doing to your brain and to your liver, really without the kind of social reinforcement people usually drink alcohol for.”

Matt Groves, the marketing director at Karrikin Spirits Company in Cincinnati and a member of the Cincinnati craft beer club Facebook group, said he also noticed a change in his own casual drinking behavior during quarantine, but said he hasn’t had issues returning to his normal drinking behavior since he has been able to go back to work and businesses started to reopen.

“I think all of us started drinking a little bit more at home than maybe we used to,” Groves said. “We’ve got ourselves some downtime and we’re spending a lot of time just in our own yards or sitting in front of a TV a little bit longer. Some of the beers or cocktails that we might have saved for the later daytime hours kind of creeped their way into our middays.” 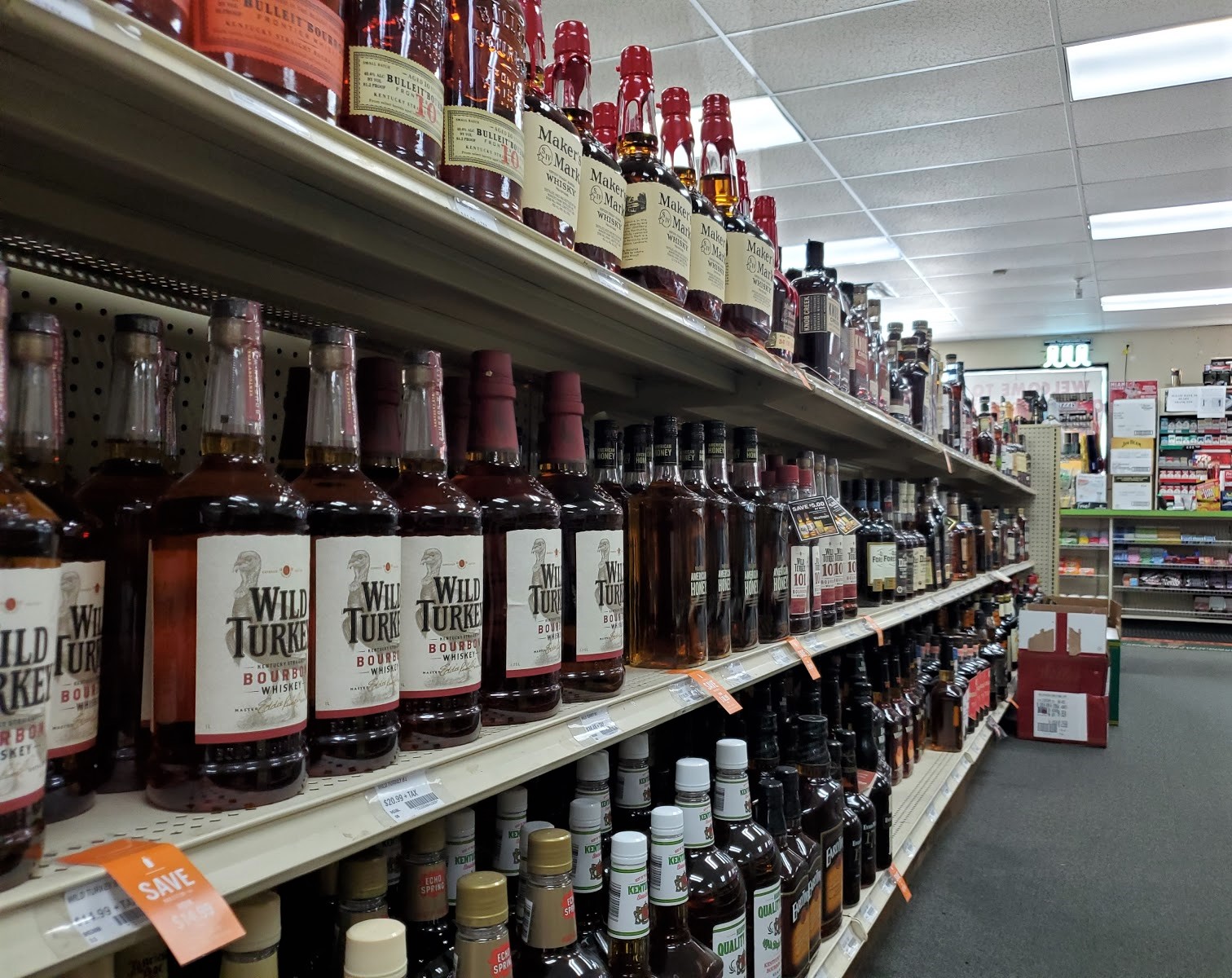 Experts say that being isolated at home has changed the drinking habits of some people. Photo by Blake Boyd
‍

Groves said he believes he drank more during stay-at-home orders because alcoholic beverages were easier to access his own home. “I think it was accessibility,” Groves said. “I think just the fact that I’m there and I have it in my fridge… If you’re not careful you find yourself doing the same thing with snacks, if you’ve got a pantry full of snack foods and you’re home for 24 hours in a day, you’re going to eat through your stock of snacks.”

Groves said at Karrikin, there’s been a noticeable increase in people using carryout and delivery services to buy alcohol and people at the company are thankful for the community support during the strange economic time COVID-19 has brought. “These communities that small businesses like us are in have taken it upon themselves to keep us open… We owe it to the people who stayed home in the midst of this continuing to be good customers for us to survive any of it. It wouldn’t have been without that support that we’re able to be open for dine-in, patio, carryout, delivery and more right now.”

While alcoholic beverage companies might be a bright spot in the middle of the painful economic reality that has followed the COVID-19 pandemic, Ward said the effects of changed drinking behaviors could be long-lasting. “There’s not an end date of when this is going to stop,” Ward said. “And there’s just a high level of stuff going on right now… With SARS and 9/11, other pandemics, we never really saw this global and long-lasting experience.”

“This is going to change not only our culture but our relationship with alcohol for decades.”

The AA member said that while virtual meetings aren’t preferable, a silver lining is that they’ll likely continue and for some people they’re more convenient. “Some of them are really glad to be on Zoom and will probably continue to be on Zoom rather than have face-to-face meetings,” the member said. “And we will no doubt see some of these Zoom meetings in Cincinnati remain long after the pandemic is over… They’ve been needing this for a long time.”

The member said there are about 10 AA groups in Oxford that meet regularly.
People who are struggling with a drinking problem can find in-person and online AA meetings at the Greater Cincinnati AA website — the website also has a link to a quiz that will predict if you might be dealing with alcohol dependence. People can also get in touch with a counselor working in Greater Cincinnati.