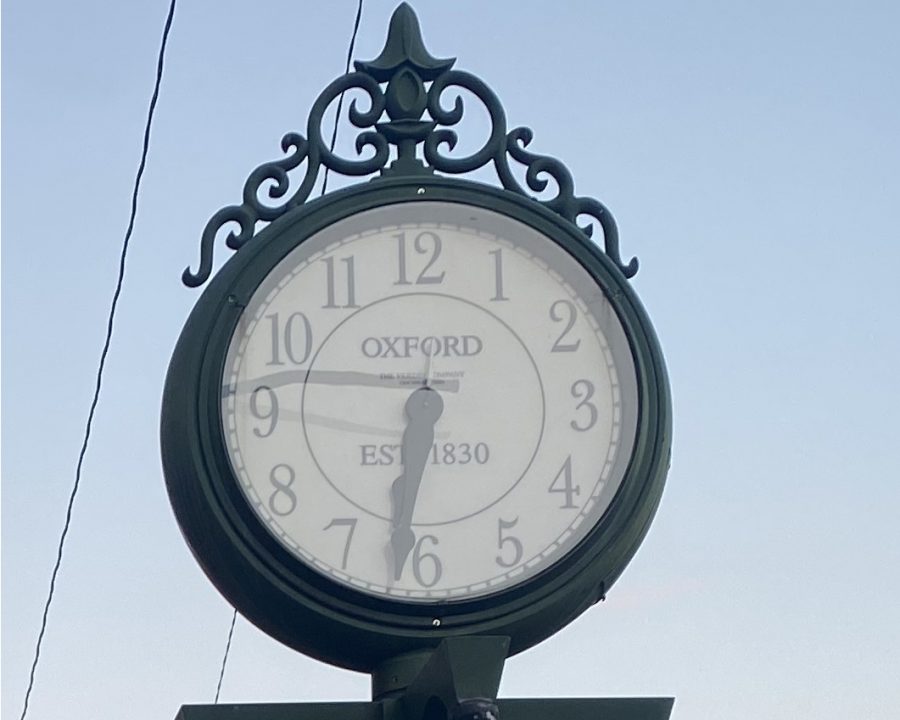 The Brown street clock, originally a promotion for a local business, was moved to its location on the north side of High Street in the late 1930s. The City of Oxford purchased the clock in 1979.

Oxford’s Brown street clock on High Street, along with every other timepiece in the country, should be turned back an hour at 2 a.m. Sunday, Nov. 7, as daylight saving time comes to an end.

Daylight saving time began as an energy saving initiative, according to the United States House of Representatives’ history archives. It began in Europe during World War I and was adopted by the United States in 1918. Government officials believed that if people woke up early in the summer months, they could avoid using artificial lighting, resulting in energy conservation.

After being repealed and revised multiple times, in 2005 President George W. Bush signed the Energy Policy Act into law which extended daylight saving time, which began on March 14, through to the first Sunday in November. Along with energy conservation, the purpose of the law was also to boost candy sales with Halloween taking place during the final days of daylight saving time.

According to the National Conference of State Legislatures, daylight saving time is observed by all states except Hawaii and Arizona.