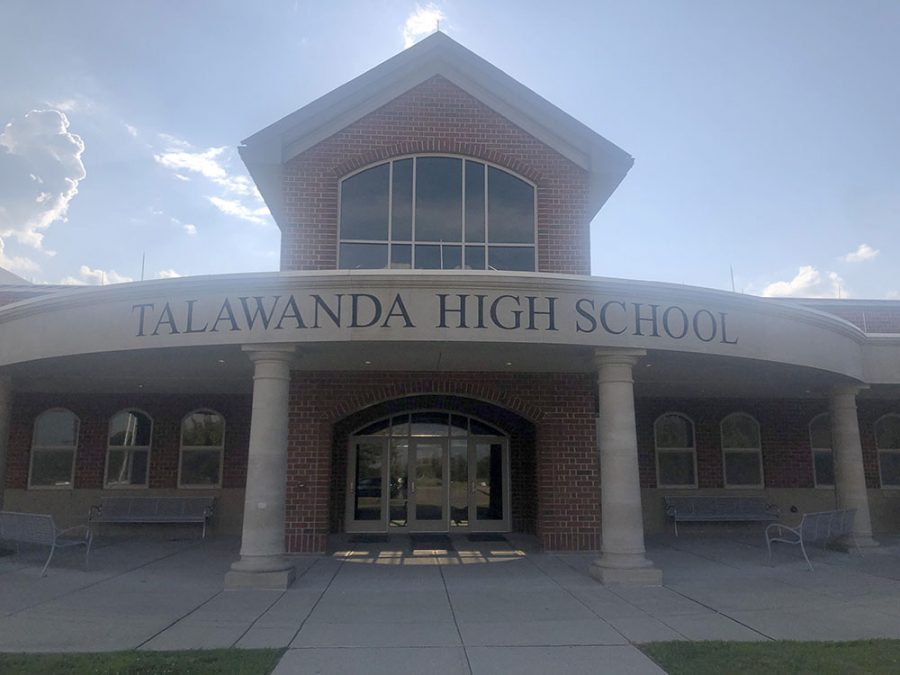 “Every entity is a little unique in how they do stuff, and so I have learned a lot of those processes and systems which I think will make me more effective,” Theroux said in an interview with the Observer this week.

Theroux said better communication with the community was one of the biggest needs he saw when he first came from Talawanda. Theroux started his quarterly video updates, created a Twitter account and provided other means of communication to the school community.

Theroux’s first year came with a mascot change, the elimination of the pay-to-participate fees, and new safety and security measures.

“I need to keep listening and understanding and getting to whatever the root is so that I can make better informed decisions,” he said.

New Things for This Year

According to Theroux, the district plans to formally release the district’s new strategic plan at the end of August.

“I’m really encouraged by our new strategic plan, and our new leadership in teaching and learning,” he said.

Talawanda recently hired Lindsey Gregg to be the Director of Teaching and Learning at the District. Gregg previously worked as the vice principal of Talawanda Middle School.

Theroux gathered a committee filled with members of the Talawanda community to start the plan in January.

“We wanted the plan to be a working document that we revisit,” said Holli Morrish, Talawanda’s director of communications.

According to Morrish, the strategic plan focuses on four components: Teaching and Learning; Safety and Social Emotional Learning; Fiscal Responsibility; and Communication and Engagement.

While he plans to formally release the plan in detail to the community at the end of August, he offered thumbnail sketches of each of the four components.

Teaching and Learning: “Prepare all students to be college, military or career ready by raising the academic and social emotional learning bar and closing the preK-16 gaps to student achievement and college completion, as evidenced by standardized and authentic performance assessments.”Safety and Social Emotional Learning: “We will provide social and emotional instruction and support to empower all students in their healthy development in order to help them be productive members of society.”Fiscal Responsibility: “The district’s financial resources must be effectively allocated to assure that the educational program goals are met.”Communication and Engagement: “Family engagement focused on academic growth and social emotional development is the most powerful support because it simultaneously improves student well-being and promotes achievement. A Year of Changes

Theroux’s first year as superintendent came with a lot of changes. In August, the school board voted to eliminate the pay-to-participate fee.

Another big change that came last year was the board’s decision to redact the ‘s’ from the mascot “Braves.”

According to Theroux, Talawanda is slowly phasing the Braves image out of the school system. The change came in response to the complaints that the old name and logo was disrespectful of Native Americans.

According to Theroux, Talawanda letter jackets will be rebranded starting with this year’s freshman class.

Earlier this year, the school district received two grants totaling to $15,000. This money was sent to the athletic department to implement the necessary changes to uniforms.

“We went ahead and turned those funds over to the athletic department so they can make as many new purchases as possible,” Morrish said.

Talawanda has also created an “artifact committee” to decide which pieces of memorabilia should be kept on display, and which should be put into storage, according to Theroux and Morrish.

“This committee will be discussing artifacts that we have that have a variety of different logos that we have used in the past,” Morrish said. “We just want to responsibly manage those.”

Talawanda will also be starting the new year with two new high school coaches, as the district hired Larry Cox as head football coach, and Jake Turner as the new head basketball coach.