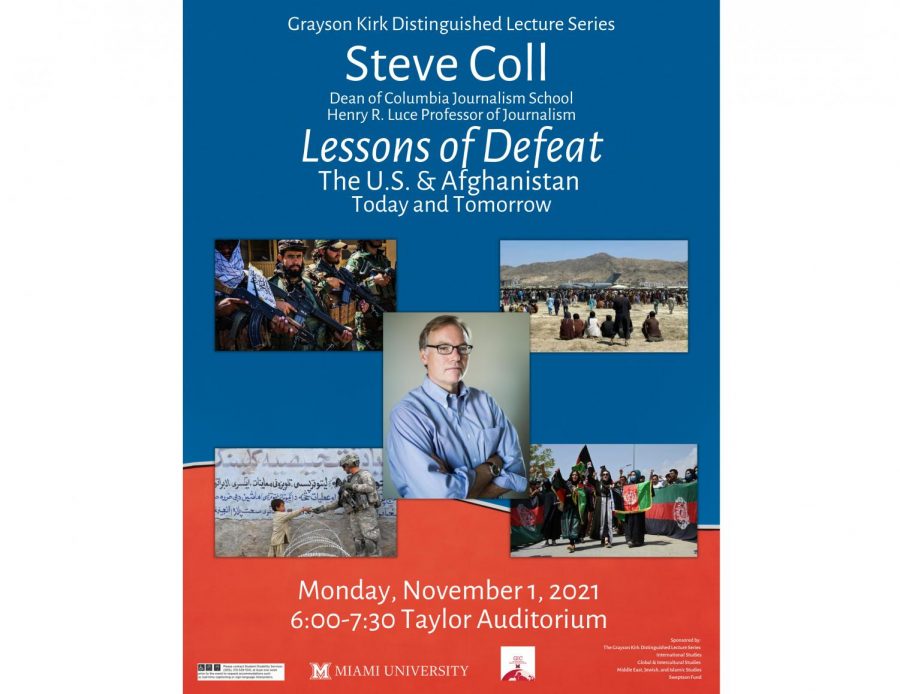 Coll has authored numerous books on a myriad of subjects from “Big Oil” in American politics and foreign policy to the events that have unfolded in Afghanistan since the U.S. invasion in 2001. As a staff writer for the New Yorker, Coll has also published many pieces on the U.S. involvement in Afghanistan.

Coll’s lecture will take a critical look at U.S. involvement in Afghanistan over the last two decades. Coll’s position is outlined in his New Yorker article titled “Lessons of Defeat in Afghanistan,” where he writes “America’s wars in Afghanistan and Iraq were disastrous to U.S. interests and standing.”

Coll is speaking as a guest of Miami University’s Grayson Kirk Distinguished Lecture Series. The series is sponsored by Miami’s international studies program and the Department of Global and Intercultural Studies.

The event is free and open to the public.