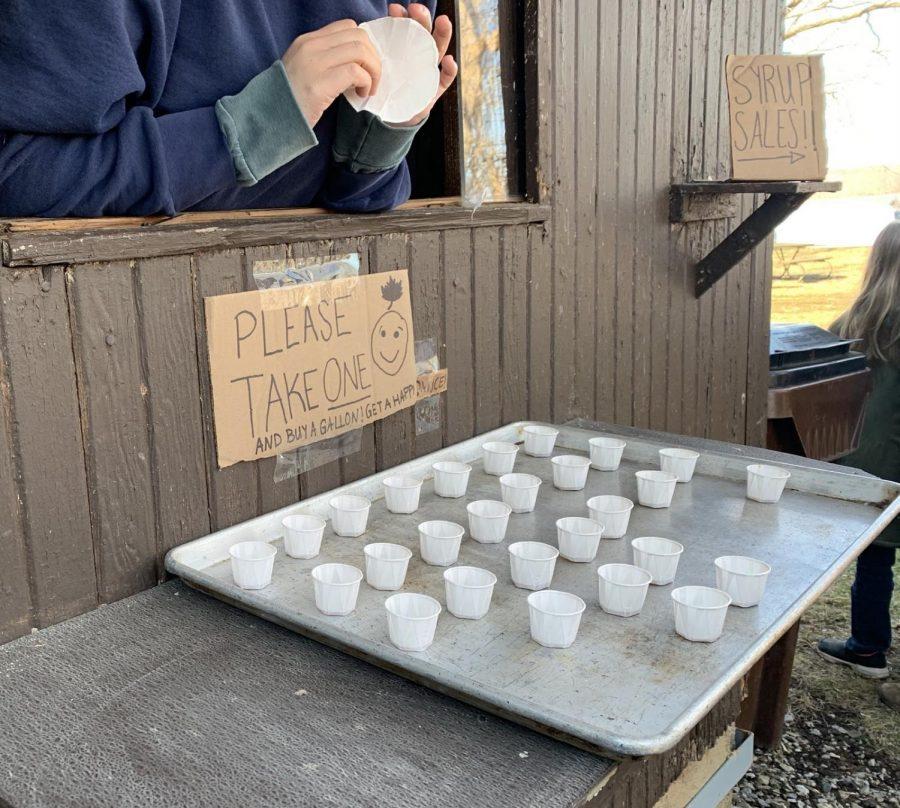 The second weekend of the 54th annual Maple Syrup Festival at Hueston Woods State Park, which was to take place on March 14 and 15, has been canceled because of concerns over the spread of the coronavirus. Gov. Mike DeWine has issued orders banning gatherings of more than 100 people.
‍
The festival began last weekend, March 7 and 8, with the sweet smell of maple syrup poured over stacks of pancakes. The festival had three parts: nature tours and exhibits, hayrides and all-you-can-eat pancake breakfasts.
‍
Park Naturalist, Shawn Conner, said this was his 20th festival. The maple syrup is intrinsic to the park. “We actually mostly have a park here because of the history of maple syrup production in the area,” he said.
‍
According to Conner, the first people who owned this land left the maple trees standing so that they could make syrup. Then as time went on and the land eventually became a state park, it was decided to continue the maple syrup production in celebration of that heritage.
‍
The hayrides and nature tours provide a chance to learn the art of maple syrup production.
‍
“We like a pancake breakfast in the morning, so we decided to go and take the tour and find out about how they make maple syrup,” said Carol Liddle, a retired teacher who lives in Ohio. “We find this trip is a fun and interesting activity after winter time to get us and walking around.”
‍
On Saturday, March 7, the air was chilly but smelled of sweetness. The one hour hike through the park’s “Big Woods” gave participants a chance to learn about the park and the production of maple syrup from the tree sap.

“We have been coming here for years, since my kids were little. Even when I was a little girl, I came here with my mom. We are here for a good family time,” said Corrie Kline, who took the tour with her son Josh.
‍
Hueston Woods has preserved old Indian tools for gathering and making maple syrup. Park personnel use the old methods to make maple syrup for tourists during festivals and offer free maple syrup samples for tourists to taste on weekends.

The process of collecting the maple sap really depends on the temperature, “you need to be below freezing temperatures at night and then above freezing, ideally about 40 degrees Fahrenheit during the day. That’s what gets that sap to really flow,” said Conner. Taps are driven into the trees and as the sap flows, it is collected in buckets hung under the taps.
‍
About 120 trees were tapped in January and February. More than 100 buckets have been hung up, with some trees having three to four buckets on them. After tapping the trees, the park’s staff has four to six weeks to collect the sap and boil it down to syrup. It usually takes 40 gallons of sap just to make one gallon of syrup. 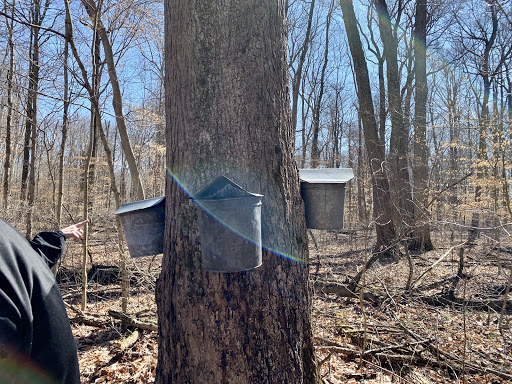 It takes 40 gallons of maple sap collected in buckets like these to make one gallon of maple syrup. Photo by Yuhuizi Zhu

“We could do much more than that, but we’re just doing it for example purposes,” said Aaron Brooks, a natural resource officer with the Ohio department of Natural Resources.
‍
After the hayrides and nature tours, participants could buy different sized containers of Ohio Pure Maple Syrup and other peripheral products in the park gift shop. 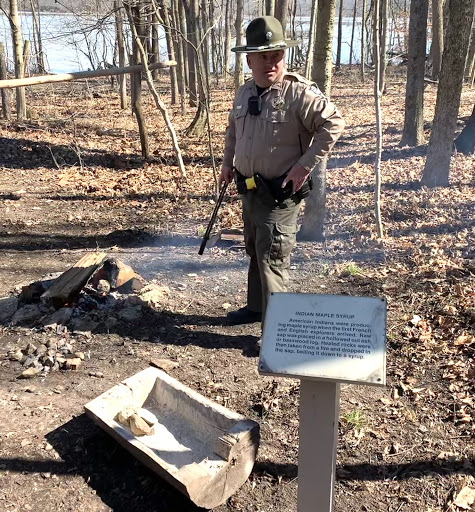 Natural Resource Officer Aaron Brooks shows off tools native Americans originally used to make syrup. Sap was collected in the hollowed out log and heated stones were put in to boil it down to syrup. Photo by Yuhuizi Zhu