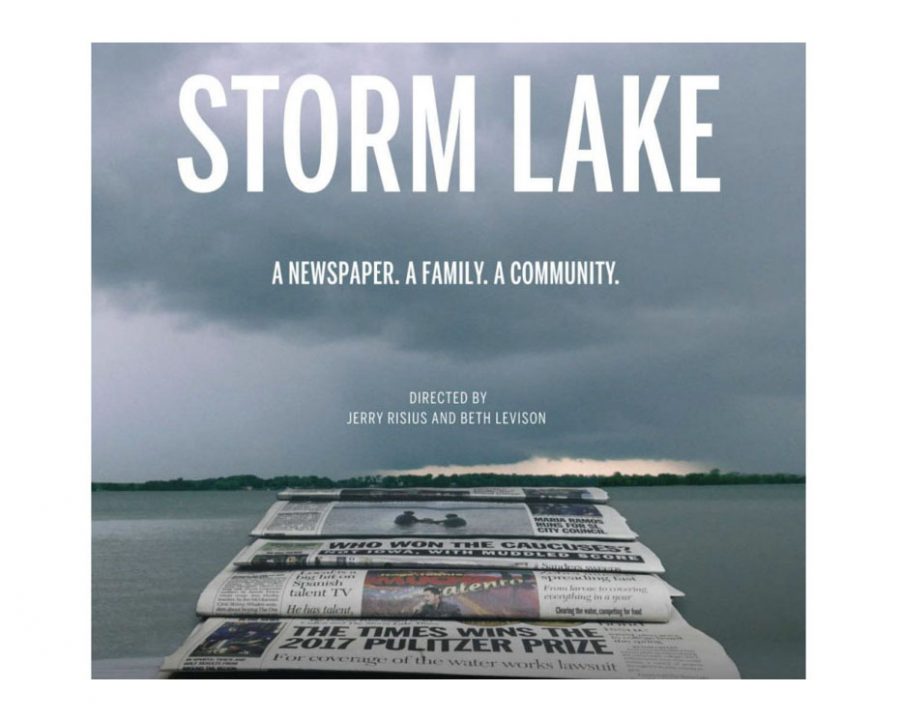 The Storm Lake documentary about a small town newspaper was screened this week in Oxford.

At 6:40 p.m.  Tuesday, Oct. 19, the lights dimmed, the screen lit up and viewers were introduced to a tall, lanky man with feathered white hair and a thick white mustache to match.

Miami University’s Department of Media, Journalism & Film, and the Department of History screened a documentary titled “Storm Lake” which followed the hectic life of Storm Lake, Iowa newspaper editor Art Cullen through most of 2020.

The Storm Lake Times was thrust into the national spotlight after Cullen won the 2017 Pulitzer Prize for editorial writing. The documentary highlighted the paper’s coverage of 2020 Democratic presidential candidates, and Cullen was even featured on Meet the Press.

The Storm Lake documentary opened to praise at several film festivals in June and in limited theater runs in September. It is scheduled to air on the PBS “Independent Lens” program Nov. 15.

After the first 20 minutes of the documentary, it was unclear if viewers would be inspired with a renewed sense of the importance of journalism, or discouraged by the demise of local reporting.

Often, large metropolitan news outlets do not cover small towns in their regions adequately, which leaves the small-town populations ill-informed about what is happening around them. When a population has one or fewer news sources focused on them, it is called a news desert. Approximately 65 million Americans currently live in news deserts, according to the documentary.

The Storm Lake Times seeks to fill such a news desert by keeping community residents educated and informed about their small, rural town. The town is home to Buena Vista University, and in the documentary, it was described as a small blue dot in a rural county.

During the documentary, viewers in the Wilks Theater of Miami’s Armstrong Student Center could not help but make connections to Oxford. Storm Lake and Oxford are both college towns, with populations of over 10,000 and 20,000 people respectively. The Storm Lake Times and the Oxford Observer were both created to fill news deserts, and they both have around a dozen staff members.

“We are generally looking at our community on a granular level, and that is what local journalism is all about,” Cullen said about the Storm Lake Times in a Q&A session after the screening.

The Q&A session allowed viewers to ask Cullen and co-director Beth Levison questions about Storm Lake, both the documentary and the town. Students and professors told the pair about the various news outlets in Oxford, and they were able to offer advice.

Cullen encouraged viewers to always seek to educate their communities through journalism. He said if someone ever finds themselves in a place where there is no local paper to join, someone should start one.