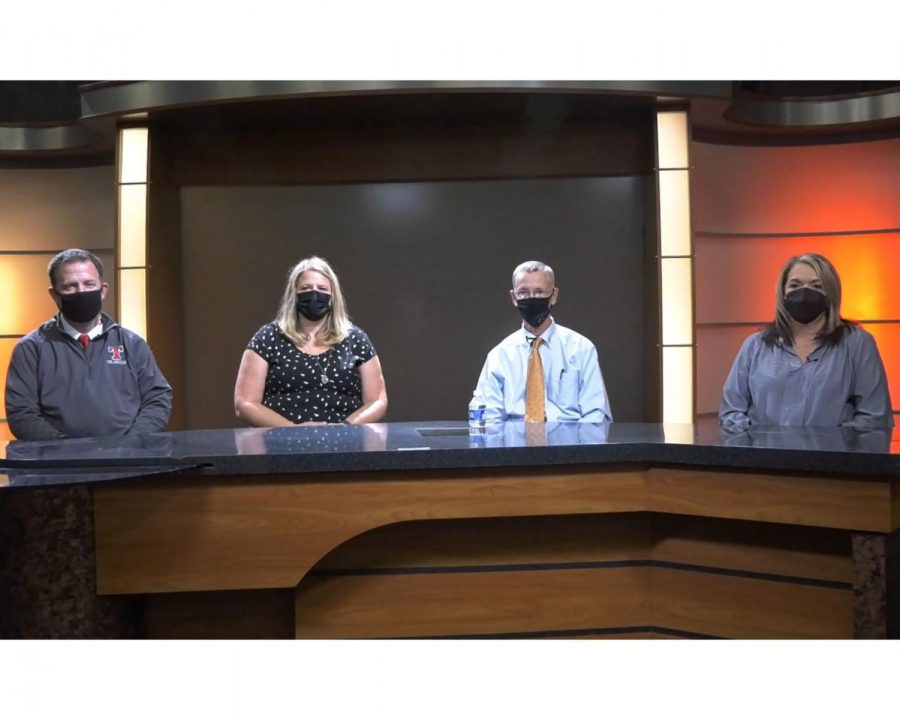 Photo taken from the debate video

Candidates for Talawanda Board of Education David Bothast, Krista Stenger, Patrick Meade and Mendy Napier participate in a campaign debate arranged by the Oxford Observer.

On Nov.2, Oxford voters will elect two representatives to the Talawanda school board. There are five candidates running. David Bothast, Krista Stenger, Patrick Meade and Mendy Napier joined the staff of the Oxford Observer for a recorded debate. Nicole Bays is also running, but was unable to join due to a work conflict.

Meade is the only incumbent on this year’s ballot. School board Vice President Mary Jane Roberts has decided to retire from the board after her term ends this year.

In the debate, candidates discuss coronavirus regulations, the school district budget, school performance and their potential duties as a member of the Talawanda Board of Education.

The polls will be open from 6:30 a.m. to 7:30 p.m. Tuesday Nov. 2. Voters can check their precinct location here. The Butler County Board of Elections also offers early voting either in-person or by mail.

The debate was taped in the Rick Ludwin television studio of Miami University’s Williams Hall and all participants adhered to Miami’s indoor mask mandate.