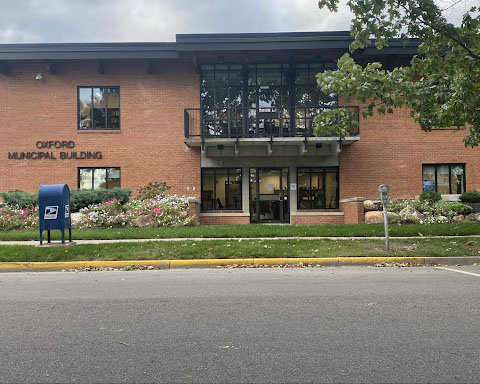 The Oxford Municipal Building houses the city manager’s office where planning for the American Rescue Plan funding is currently underway.

The Biden Administration’s American Rescue Plan will allocate a $2.4 million fund to the City of Oxford for use in housing, economic development and infrastructure.

After Congress passed the federal funding plan totaling $1.9 trillion in March, the City of Oxford was given a funding estimate of $4.3 million. According to Assistant City Manager Jessica Greene, the cut was made in the weeks following the announcement of the American Rescue Plan, after a public work session with the city council had already taken place.

“The state decided to cut all of the cities and disperse the money further,” Greene said. “We had to trim a lot of our proposals.”

According to the U.S. Department of the Treasury, the American Rescue Plan will deliver a total of $350 billion for eligible local, state, territorial and tribal governments for economic support in responding to the COVID-19 pandemic and the current job shortage. Funds may be used in a number of ways which include:

Shortly after the funding announcement, the city manager’s office had a second work session to choose their continued areas of research, with the city council’s goals in mind. The final areas of focus are affordable housing, economic development (specifically broadband) and infrastructure or investment in infrastructure.

“We are now actively researching housing models, housing programs and those kinds of things that we hope to update council on soon,” Greene said.

After beginning research and planning for broadband infrastructure, Greene said that she will inform the council that the City of Oxford is not eligible directly, however it remains an issue because areas in Butler County do not have access to broadband internet.

“We’ve made a lot of progress and the work is still occurring,” Greene said, “but it won’t be a direct expenditure of the city.”

Greene and the city manager’s office have spent the past few months advocating for broadband as a regional effort. They have been in contact with county commissioners, township commissioners and various partners to bring broadband internet access to the region.

While the funding was announced a few months ago and planning has begun, the city will not have to vote on spending until 2024. Some categories are expected to take longer than others.

“An infrastructure proposal might be coming in the next couple of council meetings, but the housing ones might be six months to a year,” Greene said.

Housing planning requires much more research in getting the proposals established, Greene said. She also says that the city plans to create a sustainable solution that will not require future funding beyond the $2.4 million allocation.

According to the U.S. Small Business Administration, the monetary assistance given to businesses in Ohio since the beginning of the plan has totaled $28.5 billion. Local restaurants in the City of Oxford have received an $8 million portion of this allocation.