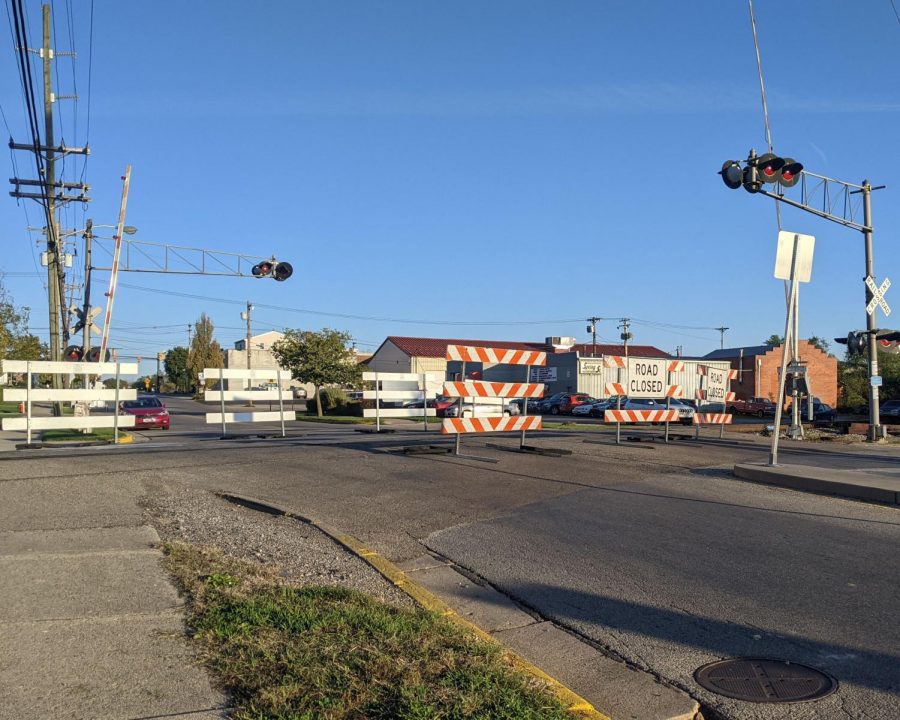 The railroad crossing at West Spring Street is closed to motor vehicles through Oct. 27, while maintenance is done on the tracks.

Watch out for rerouted traffic in Oxford this week as CSX railroad crews repair the crossings on West Spring Street and South College Avenue.  The crossings are expected to be closed through Oct. 27, according to the city.

In early August, Oxford was notified by CSX Railroad’s contractor, Jenko Asphalt Maintenance, that the rail company intended to close crossings in Oxford to perform rail and tie replacements and repaving, according to Oxford’s service department.

The work is part of a CSX maintenance project extending from Hamilton, Ohio to Liberty, Indiana and the timeline for completion is weather dependent, officials said.

The work in Oxford began  Aug. 30 with repairs made to the Chestnut Street, Main Street and Central Avenue crossings. Now that repairs to those crossings have been completed, the CSX maintenance crews have moved to South College Avenue and West Spring Street.

Once the Spring and College crossings are done, work will begin on the High Street and Locust Street crossings, according to the city’s service department.