A reunion of Porsches showcases on High Street 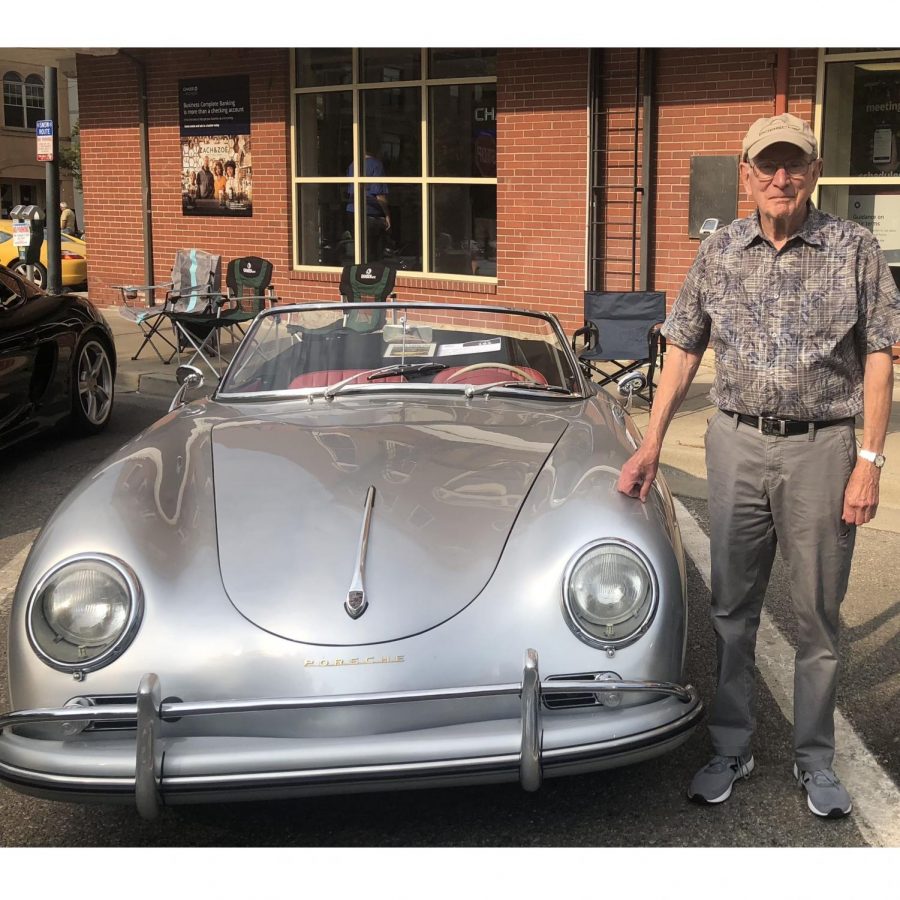 Dick Snyder with his silver 1959 Porsche.

Red Brick Reunion is a car show for Porsches hosted every summer Uptown. When another organization, “Porsche of Oxford,” moved to Granville, Ohio, in 2014, local Porsche enthusiasts missed gathering on Oxford’s brick-paved streets and started the reunion.

Mart Reyes, a Hamilton local, has been showing his 2012 4GTS since the first Red Brick Reunion.

“I’d rather bring my car here than to Granville,” Reyes said. “So that way I won’t put as many miles on it.”

Reyes’ Porsche is a rare color, amethyst, with only 9,000 miles, taking third place in the Street Class in 2019.

Dick Snyder, from Chillicothe, Ohio, was at Red Brick Reunion for the first time. Although Snyder had never brought his Silver 1959 Porsche to Oxford, he was familiar with the area after having a son and grandson attend Miami.

Snyder purchased his Porsche in 1962 from a friend he had met in the Air Force, who was selling the car at the request of his new bride.

“I got married two years later but I got to keep the car,” Snyder said. “Brought both my kids home from the hospital in it, too.”

Snyder has kept his Porsche active, previously racing it in the Pittsburgh Vintage Grand Prix and showing it at other shows.