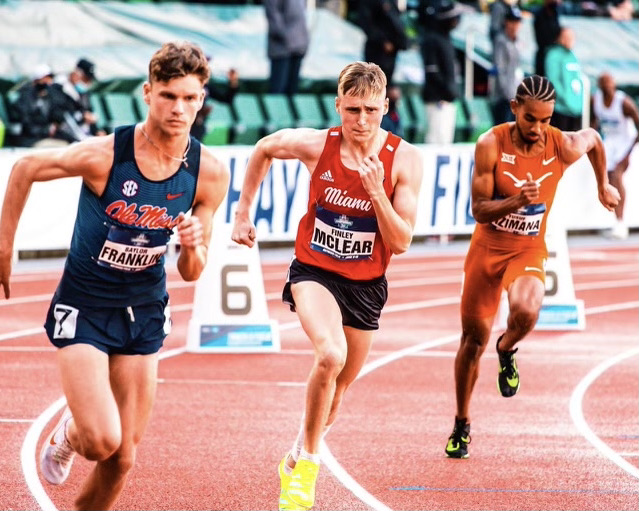 Miami University track star Finley McLear advanced to the final round of the 800-meter dash at the NCAA Outdoor Track and Field Championships this week in Eugene, Oregon.

McLear was one of two automatic qualifiers in the first heat of Wednesday’s semifinals, advancing with a time of 1:46.92. The time was good for second among all competitors in the semifinals.

In the 800m event in this March’s NCAA Indoor Track and Field Championships, McLear came in second place with a time of 1:45.91, just a tenth of a second off of Oregon’s Charlie Hunter, who won the event at the indoor championships.

Hunter also qualified for the final round of the outdoor championships in the 800m dash and will compete against McLear on Friday.

After missing out on an indoor national championship by the blink of an eye three months ago, McLear will have another shot at it Friday night.