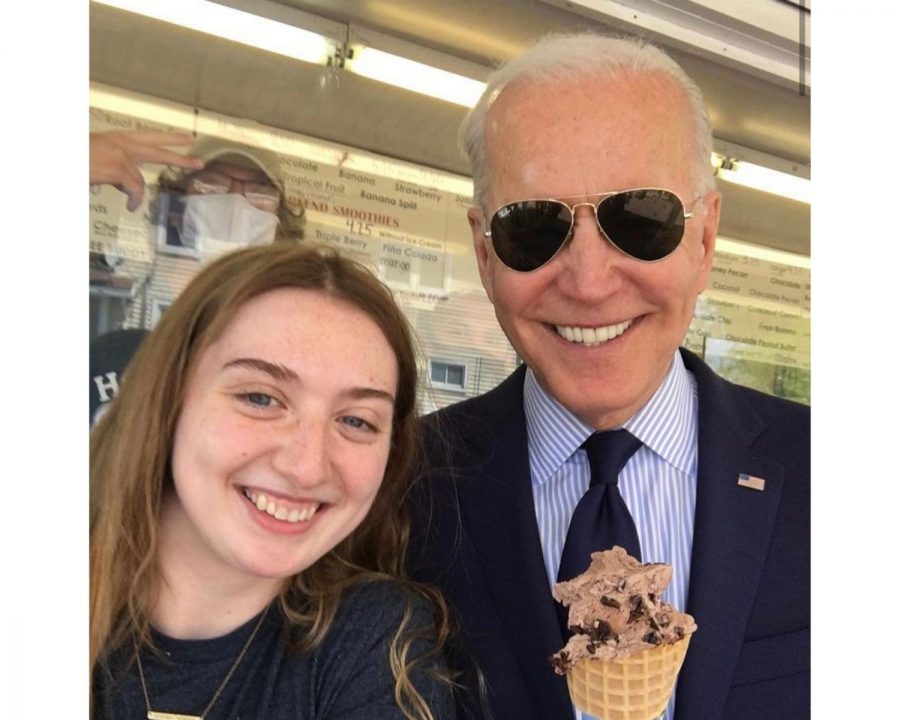 “I was at Honey Hut scooping ice cream and taking orders when two men in suits came up to the window. They said ‘We’re with the White House, the president is on his way,’” said Kelley, an employee at the Cleveland ice cream shop Biden visited May 27.

As a rising junior studying political science at Miami, Kelley was particularly eager to meet the president. She was selected to personally welcome the president during his brief visit.

In a whirlwind of excitement, Kelley along with Honey Hut staff and White House security prepared for the president’s arrival.

“There was a lot of drama trying to figure out what the president wanted to eat because we don’t serve his favorite flavor, vanilla chocolate chip,” Kelley said. Instead, Biden enjoyed a chocolate chocolate chip cone.

Kelley watched as Biden and his entourage approached on State Road.

“I saw the whole street was closed off, and then the limos pulled up. I saw President Biden in his limo. Before he got out, I waved to him, and he smiled. Then he got out of the limo and said ‘Hi Grace,’” Kelley said.

While Biden’s fresh batch of ice cream was being scooped, Kelley introduced herself to the president and had a short conversation about her experience at Honey Hut and her studies at Miami. Kelley was told she might not be able to take pictures with the president because the visit was brief, but Biden invited her to pose for a few shots with him, which made the national news and at least one of which ended up posted on Biden’s @potus Instagram account.

Kelley was also near Biden when he addressed the crowd of press and Honey Hut customers.

“I almost got hit in the head by one of those big news cameras,” Kelley said.

Although Kelley estimated that the president’s visit was a brief 15 minutes, she was thrilled to have the opportunity to meet Biden.

“The president was very friendly, he gave off very good vibes,” said Kelley.