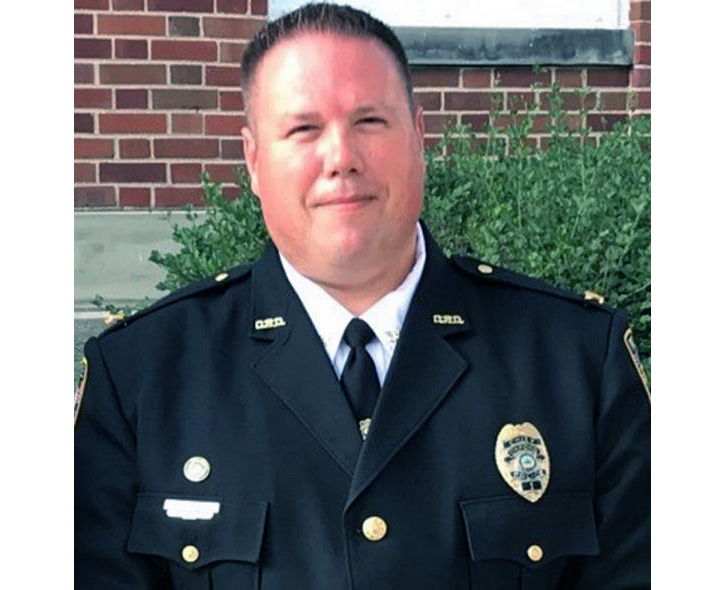 The Oxford Police Division scored high on a survey conducted this spring which evaluated residents’ sense of safety, quality of police services, and feelings of trust toward the force.

Chief John Jones said he appreciated the opportunity to receive feedback from the community about what actions are effective and what the OPD could improve upon.

“It’s important for us to hear from the community. We take (the survey) very seriously, we’ll want to take a deep dive into it,” Jones said, “and see if there’s areas that we can work on. We’re kind of in this contentious time on policing, so it’s good to see the community support we have.”

The results of the survey were shared with city council members at the May 18 council meeting. Representatives from the National Police Services Survey (NPSS) presented their statistical findings on OPD and the community response to local policing efforts.

The NPSS was developed by the National Research Center and hosted on the civic engagement platform Polco. It has conducted two nationwide surveys, allowing them to create national benchmarks for comparison. Oxford is only the fifth local community to utilize the survey.

Between Jan. 27 and March 10, a random sample of 3,500 households in the city received a postcard inviting them to participate in the online survey to evaluate the OPD. A reminder postcard also went out one week later.

About 14% of households responded, which NPSS representative Laurie Urban said was typical of these types of surveys. The results were also weighted so that they more accurately reflected the diversity of Oxford, with categories like sex, race, age, income, and police district being weighted.

The results concluded that about 85% of Oxford residents reported feeling safe overall in the city. Both this percentage and the percentage of residents who feel safe in the downtown/commercial district (95% during the day and 79% at night) exceeded the national benchmark.

Survey respondents also had to decide, on a scale of “not a problem” to “major problem,” how prevalent 34 safety issues are in Oxford. Underage drinking was voted the biggest issue (a 67% major/moderate problem), with sexual assault/rape and disorderly conduct following close behind at 62% and 61%, respectively. Eight safety issues total, including the top three listed, were rated as more of a problem in Oxford than in the nation as a whole.

But more than three-quarters of residents were satisfied with the overall quality of police services in Oxford. Services like responding quickly to emergency calls, managing political protests, working to increase school safety, and maintaining public order were the highest-rated and again exceeded national benchmarks for quality of service.

Even the lowest-rated services (being less than 60% good or excellent) were still higher than the national benchmark. Those services included drug enforcement, inviting community members to provide input, and showing residents how they can work together to make their neighborhood safer. Chief Jones said he was not surprised by the low rating for drug enforcement.

“There’s frustration, because a lot of times when people call in and say, ‘My neighbor’s dealing drugs, I see cars,’ they never see a response from the police,” Jones said. “And it’s not this instantaneous fix of a problem. So, I actually understand that, and we just don’t have a lot of resources for that.”

But Jones was surprised to see community communication and outreach low on the list. He said he’s seen plenty of interaction with Oxford residents on the OPD Facebook page and in their private messages. But he wonders whether the pandemic and “effects of 2020” reduced that connection between police and the Oxford community.

“I just really want to boost those community outreach programs and try to do more,” Jones said. “And try to do a better job of reaching folks who don’t feel as safe or who don’t have as much trust in the police division, like marginalized populations. So, that’s something we’re working on.”

The survey did reveal a disparity in the ratings for the police between different demographic groups. Middle-aged, higher-income white male homeowners, for example, tended to report feeling higher levels of safety than younger, renting people of color. Higher-income, older white women also reported greater satisfaction with the police than other groups.

“It’s not surprising to me that not all residents share the same perceptions of the Oxford Police Division,” Jones said. “I think nationally, we see marginalized communities who don’t feel the same about police as the white affluent residents do. But it just shows that we’ve got to work harder and do more to put our good work out there.”

Councilor Chantel Raghu said she hopes that when the NPSS conducts the survey again, the sampling will be more representative and include more student input. Respondents were chosen based on “households,” so a single dorm building counts as a single household. Raghu said that it could be difficult to connect with students for surveys when they change addresses, don’t respond to emails, or don’t belong to community Facebook pages.

“It can be really challenging to communicate and engage different parts of the community,” Raghu said. “So, there is definitely a bias towards a certain type of person who has already been shown to already think favorably of the police.”

Raghu also advocated for thinking more contextually about why the police must be the only factor equivalent to public safety or community safety.

“Would there be more community safety if we have less poverty? Or if we have less substance abuse?” Raghu said. “Those are all things that, if we wanted to take care of the root cause, the police are a reactive measure, they’re not proactive.”

The Police Community Relations & Review Commission (PCRRC) has worked toward proactive measures by constructing several recommendations for the city to help establish a better working relationship between Oxford residents and police.

One of these recommendations suggests the city hire a full-time police social worker. This social worker will be a graduate-level, licensed individual who works for the OPD and conducts follow-ups, offers education, and accompanies police on non-threatening calls, according to a PCRRC presentation from April 28.