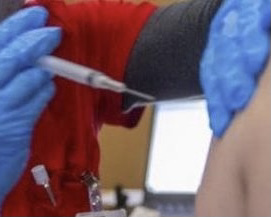 In a split vote at its May 18 meeting, Oxford City Council authorized the use of mobile clinics and gift card incentives to encourage vaccination among local residents against the COVID-19 virus.

To help finance the project, $11,443 of remaining federal Coronavirus Aid, Relief, and Economic Security (CARES) Act funding will be utilized.

The proposal was introduced by Assistant City Manager Jessica Greene.

“CARES act funding set aside for COVID testing really hasn’t been used in the last couple of months, so we’ve been thinking really hard about how we help our community get vaccinated,” Greene said.

Greene suggested the money be put towards mobile clinics in partnership with McCullough-Hyde Memorial Hospital. The mobile clinics would be stationed at locations such as Parkview Arms Apartments, mobile home communities, various churches, and other businesses during weekends and evening hours when most residents will be home and available.

Greene also suggested creating a program in which volunteers will place information on doors of Oxford residents, notifying locals in the days leading up to the mobile clinic’s arrival. On the days the clinics are in operation, Greene suggested having volunteers knock on doors to ask if residents would like a vaccination.

Alongside the mobile clinic, funding will also help provide small monetary incentives intended to increase vaccination participation. Greene suggested $50-100 Visa gift cards, for about 100-200 people, which would be given after residents complete their second vaccination.

Council members were split on the incentive portion of the proposal.

Councilor William Snavely said he was not so keen on the idea of incentivizing residents this late to become vaccinated.

“I don’t know why… we are rewarding the laggards, instead of the people who fought like hell to get the vaccines… there was no reward at first except knowing you’re safe and your family is safe.” Snavely said during the meeting. “But now, we’re saying if you are a laggard, and you were either lazy or anti-vax, we’re going to pay you 50 bucks to come and (get vaccinated).”

Snavely also mentioned that from the research he had conducted, he was not entirely convinced locals would be drawn to vaccinations due to monetary incentives and would have willingly received a vaccine regardless.

Councilor Jason Bracken said he was in favor of the proposal, and argued against Snavely’s belief that incentives were not a factor in aiding residents’ decisions to get vaccinated.

“I think that despite them being lagging and not doing what they should have done immediately, if it ends up helping people, if it ends up saving lives, I’m in support of it,” Bracken said.

An amendment to remove the vaccination incentives portion of the proposal was introduced by Councilor Snavely but failed by a vote of 3-4.

The overall proposal was subsequently approved by a vote of 5-2.