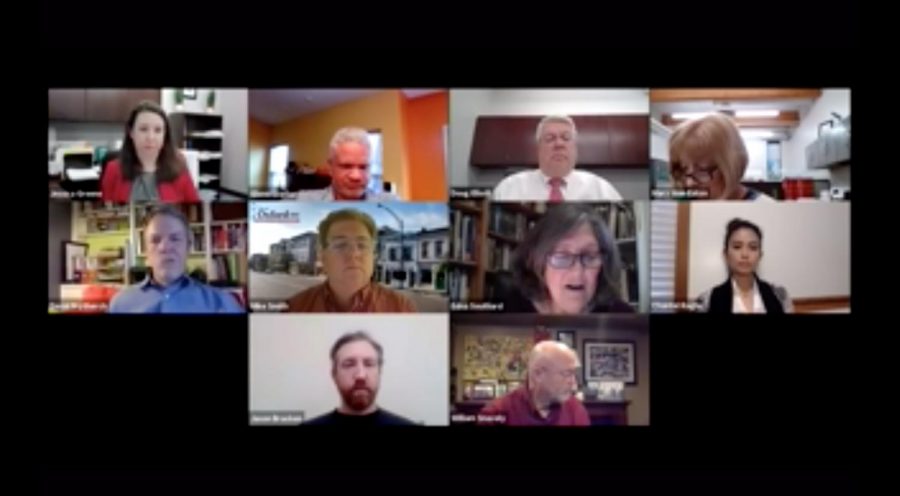 Oxford City Council nominates 33 people to be on the steering committee that will develop “The Oxford Tomorrow Plan,” which will be designed to guide development and strategic goals for Oxford for the next decade.

The City of Oxford is set to begin work on a long-term comprehensive development plan to guide it through the next decade.

Thirty-three people representing various committees and interests around the city were nominated to the Comprehensive Plan Steering Committee by Oxford City Council at its Tuesday, May 5 meeting. The committee is expected to work on the plan for at least the next year.

The city’s last comprehensive plan was developed in 2007 and adopted in 2008, so it is time for a new one to be established. It will be called “The Oxford Tomorrow Plan,” said Assistant City Manager Jessica Greene.

The steering committee’s role “is a giant process of gathering public input to really understand where we are today and getting public input to see what we want Oxford to be like in the future,” Greene said. “The city will start to make concrete plans based on that citizen input to drive towards those big plans. As part of that process, we are developing a thirty-member steering committee and it’ll be a part of a really important feedback loop,”.

“We will present ideas to them and then they will go out to their committees and their boards and commissions and then bring it back to us and we’ll adapt, so this steering committee is a major piece in a feedback loop of input for our comprehensive plan,” Greene said.

“Smart cities are guided by good plans,”David Prytherch, city councilor and one of three council members to be named to the steering committee, said. “The city is moving ahead to update its comprehensive plan, but not only update it, we are also looking to make it more truly comprehensive and guide all aspects of the city. So, rather than just government planning and land use, we would like to have a strategic plan that can guide various aspects of city decision making.”

Mayor Mike Smith, also a member of the steering committee, said the committee members were chosen from a larger group of people who had expressed interest in the project. He encouraged those not selected, as well as any other members of the public, to attend meetings of the committee and city council in the coming months to express their views on issues that should be included in the plan.