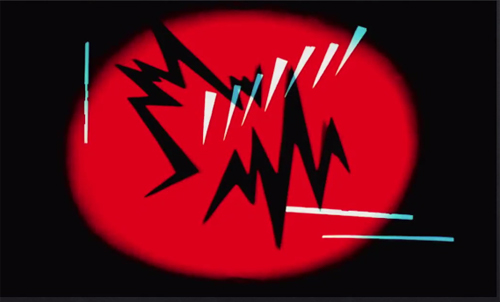 Annie Dell’Aria, assistant professor of art history, curated a screening of experimental film and video art by women artists this past Wednesday, as part of the Miami Art Museum’s “Confronting Greatness: A Celebration of Women Artists” exhibition.

The purpose of the virtual presentation “Shifting the Frame: A Screening of Moving Images by Women,” was to explore how moving images within film became an important vehicle for feminist voices. It also showcases the importance of women artists in avant-garde film and video art.

“The films I’m going to show you tonight are going to be a bit different than the films that you normally watch,” Dell’Aria said in opening her presentation. “They’re experimental, they play with narratives, and they’re going to challenge your expectations as a spectator.”

The films themselves came from three American female artists from the mid-20th century. A lot of these artists specialized in the medium of film rather than video itself. One of the women who had her film showcased was Maya Deren (1917-1961), who, according to Dell’Aria, was the godmother of American avant-garde film. Deren was an assistant to choreographer Katherine Dunham and self-promoted her films through lectures, tours and writings. The notable thing about Deren’s films is that she always tried to keep them low cost.

The film presented by Dell’Aria was Deren’s 1943 “Meshes of the Afternoon.” The silent film features the artist and her husband almost bending reality as they interact with one another and their surroundings. Different objects such as a flower, a knife, bread and a key seem to appear out of thin air.

The second artist presented was Mary Ellen Bute (1906-1983), known for her works in experimental animation. Bute was trained as a painter and a lighting designer, skills she used often in her work. In her films “Tarantella,” (1940), and “Abstronic,” (1952), her training experience shines through her work with the use of bright colors and heavy lighting contrasts.

“Both of these films are examples of what we would call visual music where artists are trying to visualize music through experimental forms and animation, “ Dell’Aria explained.

The last artist showcased, Carolee Schneemann, (1939-2019), is also featured in the Miami Art Museum’s “Confronting Greatness” exhibition. She has a wall dedicated to her landmark “Interior Scroll” (1975 & 1977) performance, where she appears in different nude poses, paints her body, and removes a folded up scroll from her body to recite her encounter with another filmmaker who told her that her films were too personal and interior.

Schneemann was heavily known for her work exploring the human body and gender. One of the showcased films from Schneemann is “Meat Joy,” (1964), interactive performance that shows a barrage of shots displaying male and female performers in their underwear, writhing around and painting each other while covering themselves in meat. The second film is called ”Plumb Line,” (1968-1971) and displays a breaking up of a relationship that consists of very dense imagery and sounds. The final showcased film from Schneemann is “Kitch’s Last Meal,” (1976), which centers around her cat, Kitch, a big part of her other works.

“When you watch experimental films, they’re not necessarily telling us a story like a traditional short film would,” said Dell’Aria. “It’s still quite emotional and quite effective as a viewer, at least to me.”